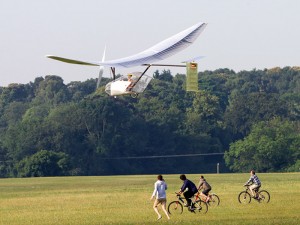 Photograph taken during the 2013 Icarus cup

The second Human Powered Aircraft (HPA) 2013 Icarus Cup took place at Sywell Aerodrome. The competition is designed to progress the sport from occasional records attempts into a viable activity and will feature a number of challenges, for which the successful team will be crowned the second winners of the Royal Aeronautical Society HPA Icarus Cup 2013.

Taking place over a period of 9 days between 19th and 28th July 2013, competing teams attempted to complete a series of challenges designed to test all aspects of Human Powered Flight.