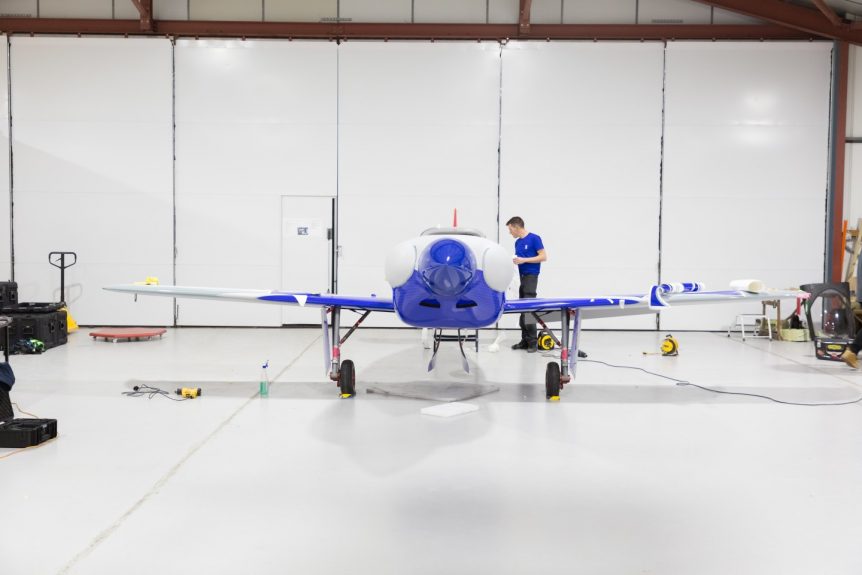 Rolls-Royce is perhaps the epitome of Britishness, going back to 1904, when Henry Royce, founder of a successful mechanical/electrical business, met Charles Rolls, a successful car dealer in London.  Together, the founded the company which came to be known as Rolls-Royce.  By 1906, their Silver Ghost was known as “the best car in the world.”  That quality was inherent in their first aircraft engine, the Eagle, “providing some half of the total horsepower used in the air war by the allies.”  It provided the power in 1919 for the first direct flight across the Atlantic and the first flight from England to Australia – both in Vickers Vimy aircraft.  This led to racing success, with early V-12 engines by R-R powering Schneider Cup racers in the 1930’s, leading to the Merlin, which powered Hawker Hurricanes, Vickers Spitfires, and P-51 Mustangs.  Their current ACCELL project hopes to continue that tradition.

Rolls-Royce would love to have another round of victories to continue their successes, and now are unveiling something that has been seen mostly in computer renderings for the last several years.  Others, including YASA (Yokeless and Segmented Armature) axial flux motors, “Are smaller and lighter than any other motors in their class due to our more efficient use of key magnetic and structural materials. The YASA (Yokeless and Segmented Armature) motor topology also significantly reduces manufacturing complexity, making the motors ideally suited to automated volume production,” according to the company.  Nothing could be more British than the motor’s Oxford pedigree, a product of research that company founder and Chief Technology Officer Tim Woolmer performed at the University.

Below, we see the result of work by Electroflight.  They created the P1E, a special race plane with two YASA motors swinging counter-rotating propellers.

“We will be using ANSYS Fluent as we continue work on Rolls-Royce’s ACCEL Electrical Project, as we help produce the world’s fastest all-electric airplane.”

Going beyond the P1E, ACCELL (Accelerating the Electrification of Flight – a messy acronym) will be airborne in spring 2020, according to Aviation Week.  Here are the project goals, with appropriately heroic music.

Electroflight defines themselves as, “The leading supplier of world-class Energy Storage Systems in aviation and other related technologies.”  Working on a high-density energy package that puts three YASA motors in tandem to produce 500 horsepower.  YASA explains that, “Even during the record run the all-electric powertrain delivers power with 90% energy efficiency and of course zero emissions. (In comparison, a Formula 1 race car tops out at close to 50% energy efficiency).”  Because of the enormous torque involved, 400 Newton meters continuous per motor (297 foot-pounds), the motors can pull ACCELL along effortlessly, with a much lower noise level than petrol-fueled machines.

According to Aviation Week, “The tail-sitter aircraft, which is based on a heavily modified version of the diesel-powered Nemesis NXT Big Frog sport racing aircraft, currently is being fitted with the [electric] propulsion system.  Imagine it with half the noise.

Ground tests of the integrated aircraft and propulsion system already are underway using a test airframe dubbed the ‘ion bird.’ Rolls says ‘planned tests over the next couple of months include running the propulsion system up to full power as well as key airworthiness checks.’”

With three of these powerful, torque-plenty motors powering one propeller, the craft will be wafted along like a World War Two fighter, a fitting reminder of Rolls-Royce’s significant part in world history.  We can hardly wait to report on the planned record run.