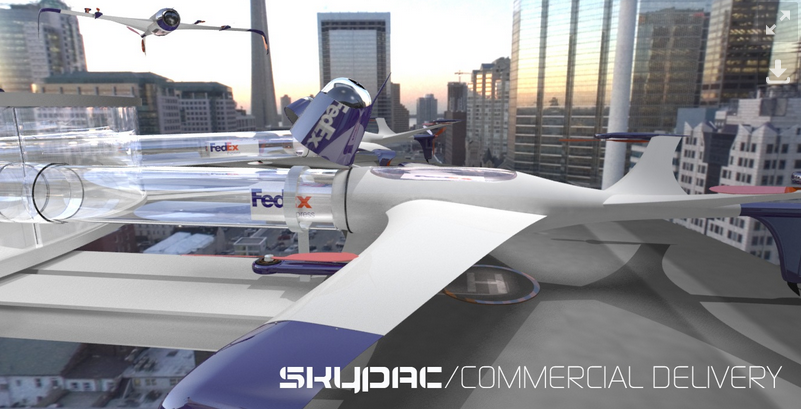 Richard Glassock, a long-time contributor to the blog and now a Research Fellow in Hybrid Propulsion Systems for Aircraft at the Institute for Aerospace Technology, the University of Nottingham, England, shared this news about an Airbus-sponsored contest for cargo drone designs. 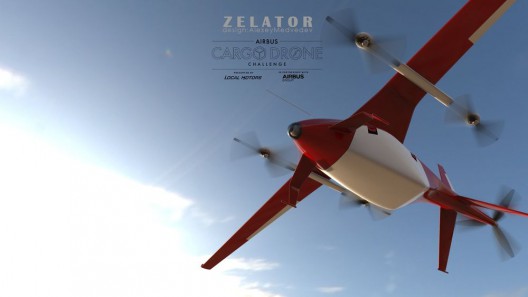 Local Motors, well known for its 3D-printed automobiles, and Airbus Group, well known for its range of commercial and military aircraft, just completed a design contest that drew 425 entries.  Rewards were significant for the top three places in the competition, with a main award First Place prize of $50,000, a trip to the Farnborough Airshow in England, and a “1-of-a-kind Cargo Drone Flight Jacket with personalized patch.”  Second place earned the winner $20,000 and third place $10,000, with garnering each a trip to the Farnborough Airshow.  Airbus executives judged the entries and decided winners.

Secondary prizes for cargo and “community” (as judged by the Local Motors community) had fewer prize dollars, with first, second and third prizes in each category.  Nine prizes were available and five competitors took them all.  Harvest Zhang from Mountain Valley, California, harvest three: second place in the Main Prize, second in the Cargo Prize, and third in the Community Prize.

Jay Rogers, Local Motors CEO and co-founder, sees the promise in the contest results. “Phase I of our partnership demonstrated to Airbus the power of community-based creation and open innovation,  Phase II of our work together will now demonstrate Airbus’ commitment to the community. The results will be nothing short of game changing and I could not be happier to continue our journey into the world of UAV, built on an open system, with Airbus.”

Jana Rosenmann, Head of UAS (Unmanned Aerial Systems) with Airbus Group, shares Jay’s enthusiasm. “We are excited to expand our experience with co-creation and the community to the realm of software and services.  We are optimistic that Phase II of the project will lead to challenging prevailing technologies and business models in the world of drone services.”

The two companies have created a digital distribution platform for drone-based apps and services, including a store that sells drone-based services designed and developed by an open-source community, part of the Local Motors corporate philosophy, apparently.  Services will be delivered by Airbus Drones.