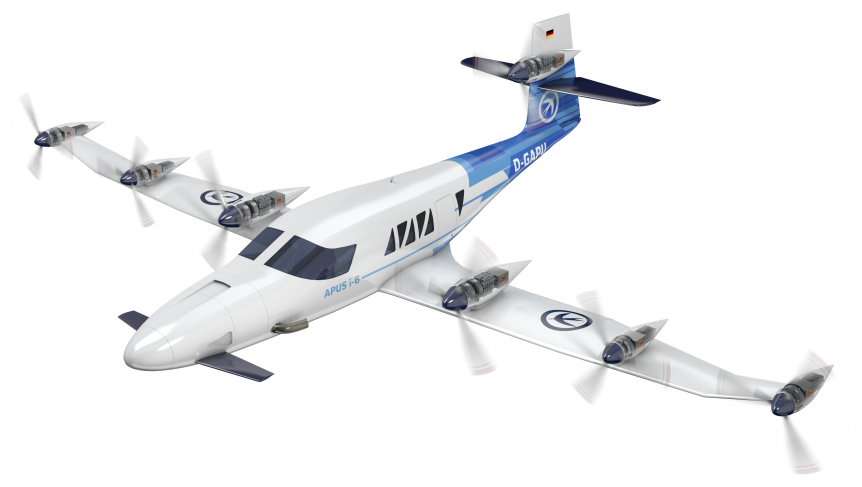 We’ve written several times about structural batteries in this blog, from Dr. Emile Greenhalgh’s early research at Imperial College to more recent efforts along the same line.  Interestingly, the basic idea remains very much the same over a decade.  Energy storage would take place in a monocoque-type structure that could use carbon fiber, fiberglass, and even graphene as  a structural material, while acting as a battery.  Now some of this thinking is being applied to hydrogen storage in wings.

APUS, an aircraft design, structure and certification operation in Strausberg, Germany, offering a full range of services including flight training.  They recently announced two new craft, both featuring hydrogen fuel systems contained in a novel “…  patented structurally integrated hydrogen storage system, known as TubeStruct™.”  In the shadow drawings of the airplanes, the tubes appear as though they could double as redundant wing spars. 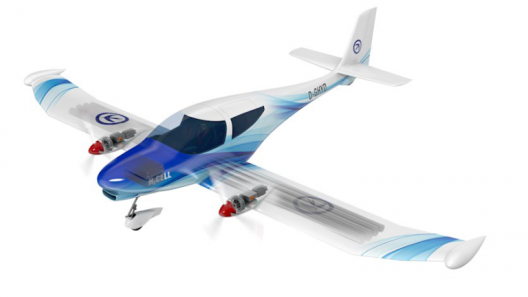 APUS 1-2 will be comparable in dimensions and performance with more conventional light twins, but will be a zero-emission vehicle

The i-2, a four-seat Normal-Category (CS-23) aircraft; and “The APUS i-6 is a technology demonstration platform with 2.8t MTOM (Mean Take-Off Mass).”  Both will be propelled by Siemens SP-70 motors (or whatever the Rolls-Royce equivalent will be)* – two on the -2 and “up to seven” on the I-6.

The i-2 will contain a hydrogen fuel cell in its streamlined nose powering two electric motors on its wings.  The fuel cell will draw H2 from TubeStruct in its wings, which, according to APUS,  “permits up to 25-percent higher specific energy density vs. standard hydrogen fuel tanks and 10X better energy density than fully-electric aircraft, all while avoiding the use of rare minerals that batteries do.”

The i-6 is listed as a, “Technology demonstration platform optimized for distributed propulsion,”  and is, “Also designed for turbo-prop configuration.”  In its hydrogen configuration, it will include the TubeStruct containment vessels.  Meant to allow varied systems the i-6 can be powered by a 500-700-kilowatt (670 – 938 hp.) Diesel generator set for electrical power to the distributed motors.  Alternatively, a Rolls-Royce M250-B17 turbine can produce 450 kilowatts (603 hp.) to turn a single propeller in the nose.  In its depicted version, a 230-400 kW fuel cell could provide power for the seven electric motors that would provide added lift across the entire wing and horizontal tail. 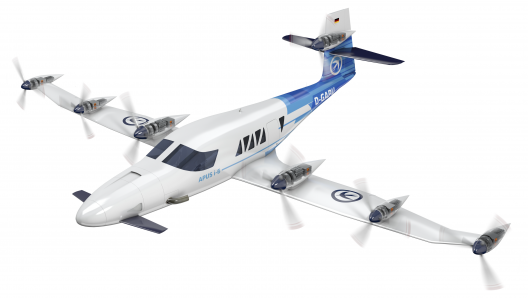 APUS 1-6 will be more radical in its configuration, with distributed electric propulsion, variety of power sources

Designers have thought out the many possibilities with care.  APUS explains, “The large CG range granted by the canard permits an extremely high level of modularity and interchangeability for propulsion system components. The high-voltage and high-current electrical systems will be researched with a scientific approach. Furthermore, certification aspects, such as reliability, lightning protection and electro-magnetic compatibility, are to be investigated.”

Robert Adam, head of APUS’ Flight Services Department, leads an event called the Green Speed Cup, a kind of aeronautical economy run that allows competition between diverse aircraft.  This year’s event will be held from June 5 through June 7, 2020.  Details will be announced here soon.  Perhaps the i-2 or i-6 will be on hand.

A nice wrap up of the Green Speed Cup 2017. Thanks Dronesperhour for creating this video.

This short video of the 2017 competition shows the mixed bag of participants – everything from vintage to advanced technology.