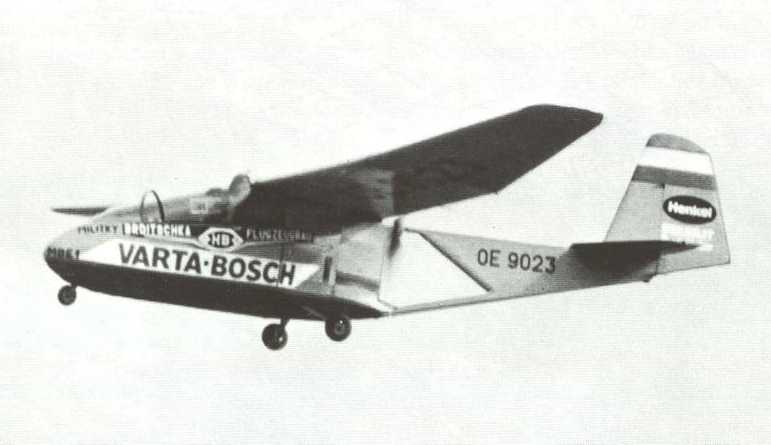 1973, and Its Descendants are Still Electric

As noted in the blurb for its historic YouTube video for its first electric flight 46 years ago, “HB Flugtechnik is the pioneer in electric flight. The world’s first electric powered flight took place on October 21st, 1973 in Austria. 50 years later this company is still in business and doing better than ever. Given, that we talk about the aviation business, this is an outstanding and remarkable achievement. Today, HB Flugtechnik located at the now newly refurbished airfield Hofkirchen LOLH is not only the major MRO (Maintenance, Repair Organization or Maintenance, Repair, and Overhaul) for aircraft in Austria, it is still working on the new frontier of electric flight.”

In a 2012 presentation at the AVT-209 Workshop in Lisbon, Portugal in 2012, Dr. Martin Hepperle of the DLR Institute of Aerodynamics and Flow Technology in Braunschweig, Germany discussed the seminal work by Fred Militky, who as chief engineer at Graupner, a model aircraft firm, went from designing small electric models (1960’s Silentius, 1972’s Hi-Fly, a twin-motor radio-controlled craft) and the MB-E1, the world’s first person-carrying electric aircraft.

He wrote, “There is nothing new under the sun… One of the Pioneers of Electric Flight, Fred Militky began with 1940 first trials,[and] after 1945 [became] chief engineer at Graupner.”  His electric motor glider MB-E1 (a Brditschka HB-3 with a span of 12 meters (39.4 feet) and a weight of 440 kilograms (968 pounds) flew on October 21, 1973.  The flight lasted about 11 minutes and reached an altitude of 360 meters (1,181 feet) under the direction of Heino Brditschka.  Its Bosch 13-horsepower motor was driven by Varta nickel-Cadmium batteries.  The two-seater became a one-seater with a large energy storage compartment behind the pilot.

Today HB Technik markets a very similar airplane, but with better batteries (that shows what 46 years of battery betterment can do), and a reasonable payload and performance.  According to its video, there’s plenty of room to grow, with even hydrogen power on the horizon.

Andre’ Borschberg didn’t give up electric flight after Solar Impulse’s around-the-world conquest.  He did downsize to a more practical level, though.  We’ve reported on the H-55 Bristell Energic previously, and it has achieved its test flights last month, seeming to fly every bit as nice as it looks.  Enjoy the long interview above and the short promotional video below.

Energic’s test flight displays the stability and maneuverability of its fossil-fuel cousins.  One good outcome of all this will be fairly even comparisons of the two types of power.

And Meanwhile in China

With new craft flying in three different countries, battery-powered flight seems to be on its way to being an international thing.