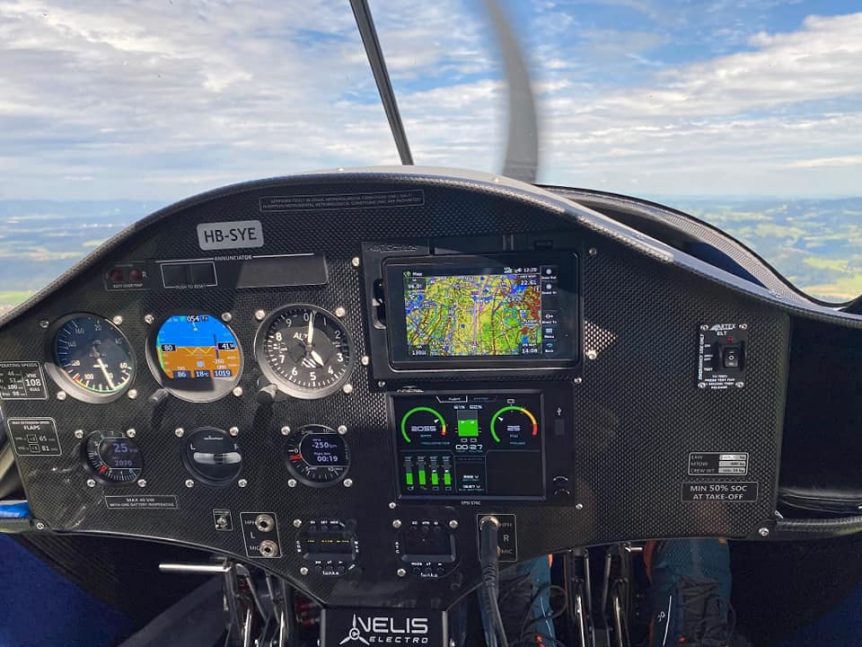 The Elektro-Weltrekordflug (electric world record flight) team had great success in its flight from Schänis, Switzerland to Norderney, on Germany’s North Sea.  Setting five of its intended seven world records and then flying back to Switzerland, the team and its Pipistrel Velis showed that electric flight can be a reality for light aircraft.  All we need are charging stations along the way.

Your Editor will do something not normal to the blog – repeat most of someone else’s writing with a few comments tossed in.

“The world record flight with the first certified electric aircraft from the Alps to the North Sea in Norderney was a success. The “Pipistrel Velis Electro” landed again in Schänis (Switzerland) on Sunday evening. In addition, five world records were set. The EWF team has ushered in a new era in aviation and has proven that electric flying is possible on long-haul routes. 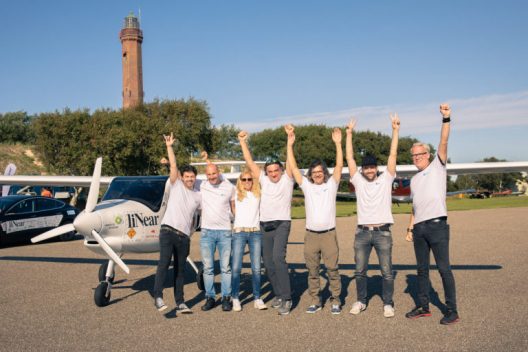 “For most of them, passenger flights with small battery-powered aircraft were a long way off. To prove that it is already a reality today, seven daring electric enthusiasts set off with the first certified electric light aircraft on August 31, 2020 and reached Norderney on September 2, 2020. In the process, five world records tumbled the combustion aircraft: your aircraft used less than a quarter of the energy for the route than conventional planes.

“This required challenging planning: there is no infrastructure for electric aircraft on the entire route. Therefore, two ground crews in electric cars had to drive two chargers in a rabbit and hedgehog game in front of the plane. The aircraft flies at about 120-150 km / h in a straight line, the cars have to adapt to the road conditions. Meticulous planning was necessary to minimize waiting times when loading. 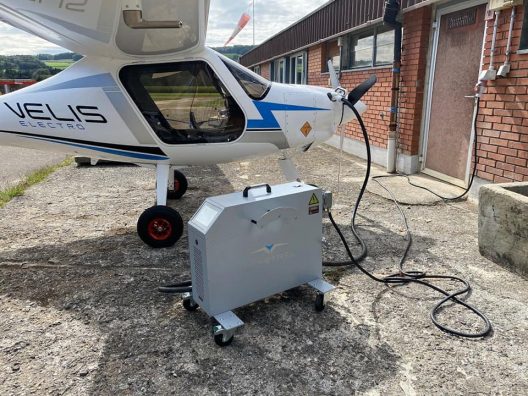 Chargers were carried between landings by team members in cars

“The community of the podcast CleanElectric.de helped in a great way by testing the suitability of the three-phase current connections at airports throughout Germany in the run-up to the flight The mainstream press clearly shows this.  (Editor’s note: the public relations campaign the team managed was world-class itself.)

“The results documented by the Swiss ElectroSuisse for recognition as a world record with a certified electric aircraft will be submitted to the FAI (Fédération Aéronautique Internationale) in the coming days: 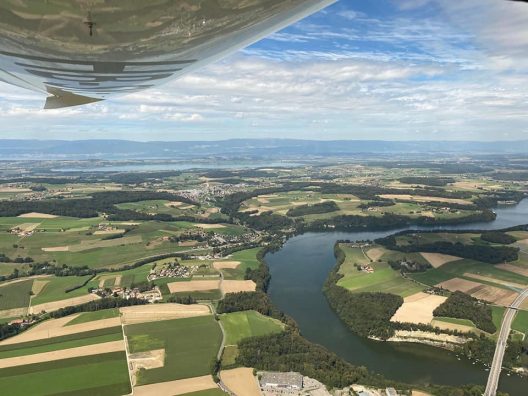 Typical view of countryside on trip

Smallest number of intermediate stops over a distance of 700 km

Great help from the community and airport operators
This project would not have been possible without the great support from the community of the “ CleanElectric ” podcast , operators and employees at the airfields and airports and the sponsors.
The community has swarmed across Germany to test sockets at airports with their electric cars, to organize welcome events, to inform the local media or to donate money. 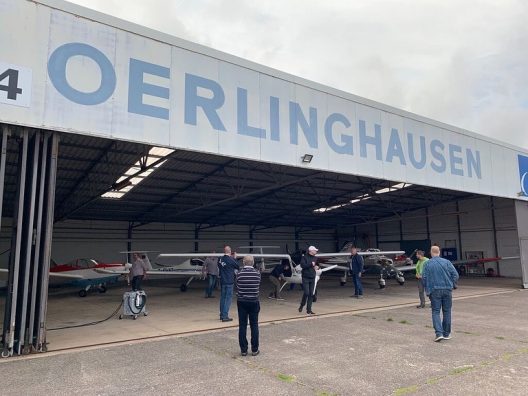 Oerlinhasen Flugplatz provided a hearty greeting to the record seekers

Many airports have specially checked or even expanded their electrical installations. The reception and the organization on site were unique. The sponsors not only gave money, but are also consistently committed to the fields of power generation, charging infrastructure or other sustainability issues. Some of them met the team at airfields, traveled with them in person or were on site when they landed on Norderney.

Highlights and obstacles
No pioneering feat without the unexpected: Right at the start, the rainiest day in 15 years in Schänis, Switzerland, was waiting for the team. Therefore, the start had to be postponed by one day, as the runway was 30 cm under water and could only be pumped out overnight. After that, however, further planning went smoothly. There was a brief moment of shock at Baden-Baden Airport when the aircraft’s charger suddenly tested “positive” during the explosives check. Fortunately, this was resolved quickly – after a forklift truck had driven the device to a special X-ray machine. Finally, the fire brigade on Norderney received the electric aircraft with the rare and special honor of a water arc over the runway, then the happy team was welcomed by an enthusiastic crowd .

The fact that the topic of sustainable mobility hits a nerve was proven not least by the great interest and reports from media such as Tagesthemen, WDR, NDR, SWR, SAT.1, RTL, dpa, Süddeutsche as well as countless local newspapers, blogs, YouTubers and podcasters .

Personal words from the team
“We would like to say thank you very much for your commitment and your time! This success is also your success. You all contributed to the fact that we were able to show a large public how efficient and everyday electric aviation can be! ”

Electric flying is still limited in range and so a lot of logistical effort had to be accepted for this long-haul flight. However, the aircraft was not originally intended for such a use: The Velis is a training aircraft for training pilots close to the airport, and it is ideally suited for this: practically inaudible, locally emission-free and cost-reduced.

Significance
The EWF team was convinced from the start that the flight would herald a new era in aviation – a milestone for aviation. Alex Vollmert, author of the comprehensive work “The golden book of aerospace” sees it that way. He traveled twice to stopovers on the flight so that he could immortalize the entire team in his life’s work – right behind aviation personalities like

The aircraft will be exhibited this weekend at the “Electrifly-In” symposium at Grenchen (CH) airfield (September 12/13, 2020).