The federal government is creating yet another round of incentives to “spark” development of “significantly smaller, lighter and less expensive batteries.” 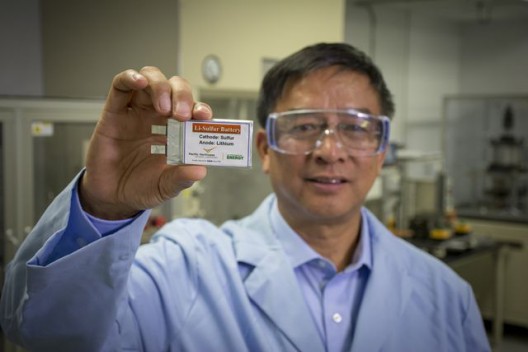 A consortium of researchers led by Pacific Northwest National Laboratory (PNNL) will receive up to $10 million a year over five years to perk up battery performance, with the goal of creating a 500 Watt-hour per kilogram battery pack, about three times that of currently available commercial offerings.  The new batteries should be “reliable, safe and less expensive,” according to consortium director and PNNL materials scientist Jun Liu.  Research will come from partners nation-wide, including:

Even though the goals and the budget seem similar to those explained by Energy Secretary Steven Chu two years ago, his directive included research on alternative materials, such as magnesium and yttrium, combining research and even “making new materials.”  That project was led by the Argonne Laboratory and was already nearing its second year, while the current program has PNNL leadership and is just beginning.  It focuses on lithium-metal batteries, with lithium instead of carbon as the battery’s negative electrode.  Cathodes can be made from many materials, and research will attempt to “prevent unwanted side reactions in the whole battery that weaken a battery’s performance.”

As with the earlier study, researchers hope to develop practical solutions for automotive and battery manufacturers which “can be .quickly and seamlessly implemented by industry.”  The consortium will also welcome ideas from outside sources, setting aside 20 percent of its budget for “seedling projects,” allowing findings from the larger “battery research community.”  Outcomes will benefit not only EV development, but could advance stationary grid energy storage.

$10 million per year split among 10 academic and scientific institutions seems almost trivial, especially compared to unit costs for something like the F35, the cheapest model of which is priced at $148 million and the most expensive at $337 million.  Regardless of the argument for either “investment” in producing better batteries or enhancing national security, $50 million spread over five years would probably not buy one F35 engine.

The White House provides this fact sheet for the five-year project.