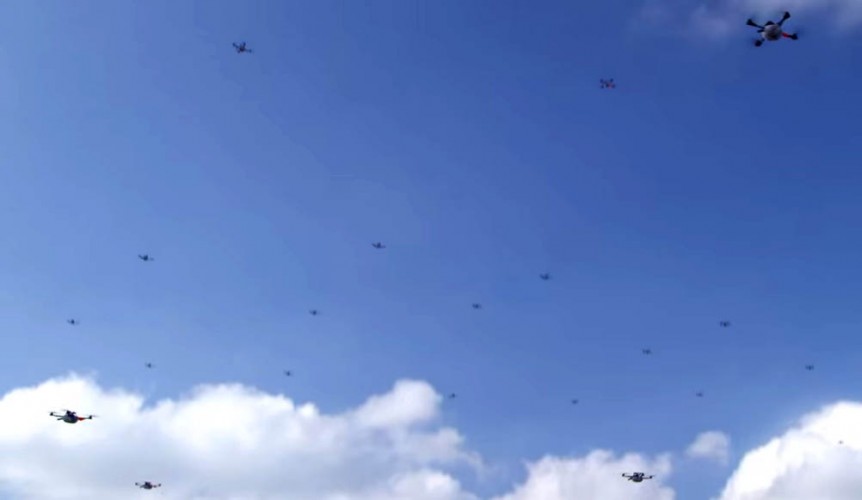 Intel recently earned a Guinness World Record for lofting 100 drones at one time.  To make it hard, they did it at night and to an orchestral accompaniment.  Musical purists (your editor) might become vexed with the liberal reinterpretation of Beethoven’s score (the original symphony didn’t have a piano or a harp), and the added “bits” to a piece that’s been considered OK as-is for over two centuries.

The orchestra played what they were given with great style, however, and the electronics wizards who put the aerial show together pulled it off with precision, playing well to the home crowd – apparently composed of Intel employees.  One wishes Intel would release a complete performance video without the music-video-style editing and the reluctance to share the event with the outside world.

Even with the “Making Of” video, many points of how it was done are not readily apparent.   It looks as though the human operators do little other than regulate the height of their individual drones, with electronics providing the cues for lighting and sequencing.  In the dark, perspective is lost, and lateral movements could become problems.

Regardless of personal quibbles, Intel and its drone operators pulled off a symbolic victory (often associated with Beethoven’s Fifth) in controlling an imposing number of vehicles in close formation.  That gives hope for future air traffic control where such drones will be intermingled with other, larger craft.  We hope Guinness supplied congratulatory libations.