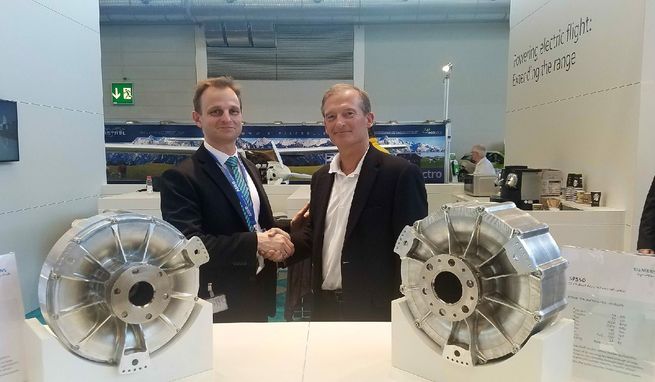 Bye Aerospace has four big current projects, with the Sunflyer 2 at the top of the development and sales curve.  Teaming with Siemens, Bye Aerospace is now flying Sunflyer 2 with one of their 57 pound SP70D motors producing a 90 kilowatt peak rating (120 HP), and continuous power up to 70kW (94 HP).

Bye anticipates that Sunflyer 2 will be, “the first FAA-certified, practical, all-electric airplane to serve the flight training and general aviation markets.”  George Bye, the company’s founder and CEO has been working with Agency for several years on devising rules for electric aircraft certification.

The need for 790,000 new pilots in the next few decades will drive the need for training aircraft.  An aging fleet with an average age of 48 years for the Pipers and Cessnas on flight school tarmacs requires a newer, more modern series of training planes to replace them. 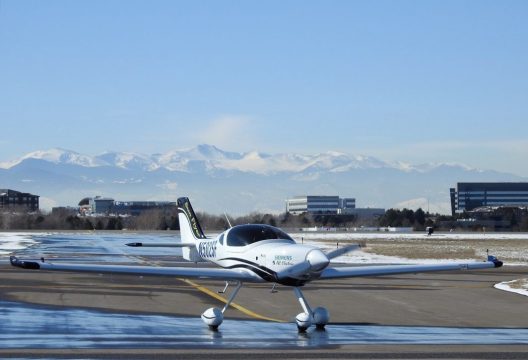 Sunflyer 2 on February 8, 2019 during first test flight with a Siemens motor

Sunflyer’s impressive sales numbers (a recent order from the Aspen Flying Club for 30 Sunflyer 2s raised the total to over 130 worldwide) hit 220 when including Sunflyer 4’s numbers.  Its operating costs – $14.00 per hour compared to a Cessna 172’s $88.31 – benefit from lack of fuel costs -$44.00 per hour for the 172 vs. $3.00 per hour to recharge the Sunflyer for another hour aloft. Lower maintenance costs come from the lower inspections bills ($22.40 for the Cessna – $2.40 for the Sunflyer), and maintenance charges (oil changes, ignition and accessory maintenance add $11.91 per hour to the Cessna’s total).   The only “wash” between the two trainers would come from $10.00 per hour replacement cost for the Cessna’s engine vs. the $8.00 per hour replacement cost for the Sunflyer’s batteries.  We hope reductions in operating costs get passed on to new pilots, encouraging the growth of a new customer base.

In a related story, Subaru-SBI, an investment arm of the automobile manufacturer, provided investment funding to Bye Aerospace to help facilitate the certification process for the Sunflyer family of airplanes.

Bye Aerospace reports, “George E. Bye, Founder and CEO of Bye Aerospace, expressed his gratitude for the investment. ‘On behalf of our team, my sincere thanks to the SUBARU-SBI Innovation Fund for their vision, their passion for our industry and their belief in electric propulsion,’ he said. ‘This is Bye Aerospace’s largest individual investment to date.’

“Itaru Ueda, Manager of the SUBARU-SBI Innovation Fund, said, ‘We believe Sun Flyer 2 will be the first electric airplane to receive FAR Part 23 type certification. Electric aircraft are receiving lots of attention, and we expect the future of small electric airplanes to be led by Bye Aerospace.’”

As Tine Tomazic of Pipistrel has reminded us, “Progress moves at the speed of cash.”  With orders coming in and funding from overseas, Sunflyer 2 will be a good competitor for Pipistrel’s training plans.  The future seems to be coming quickly and with more hope for General Aviation than we’ve seen in a long time.