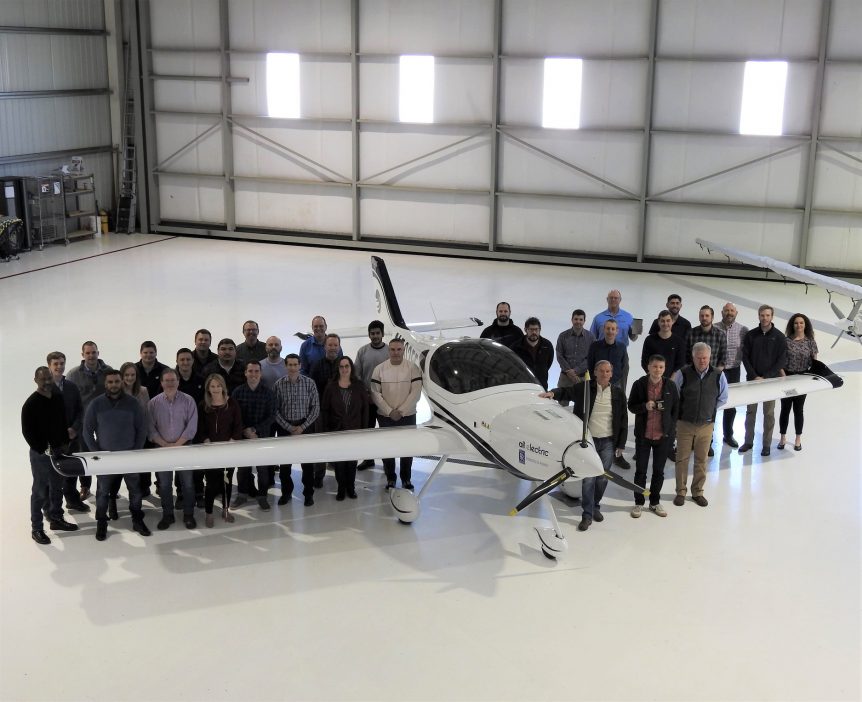 Ms. Diane Simard, Executive Vice President and board member at Bye Aerospace, has brought several major pieces of news regarding the company’s progress, client purchases and  new personnel to your editor’s attention.  There are even plaudits for the firm and its founder.

Bye Aerospace explains an important facet of new aircraft development, especially for one with a totally new technology.  “A critical design review (“CDR”) is a multi-disciplined technical review to ensure that each eFlyer 2 primary system can proceed into fabrication, demonstration and test. The CDR review also meets the FAA 14 CFR 23 Amendment 64 certification standards and performance requirements within the eFlyer 2 cost, schedule and safety criteria.” 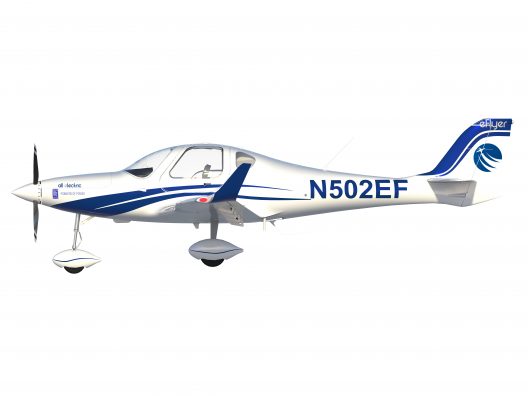 artist’s rendering of eFlyer2, soon to head to production as part of two= and four seat single-motor fleet

George E. Bye, CEO of Bye Aerospace, expressed his appreciation to the firm’s workforce, who accomplished this despite working from home in many instances.  “I’m grateful to our remarkable team of engineers, designated engineering representatives, our development partners and suppliers for their support in the engineering progress of eFlyer 2.  This important upcoming aviation industry milestone is a reflection of the team’s incredible dedication and hard work.”

Bye has 330 purchase deposits and agreements eFlyer 2 and the eFlyer 4.  One purchaser, “with exciting plans for putting eFlyers to use in industry,” signed an agreement for 10 each of the 2’s and 4’s, “for a new aviation entity.”  Looking to the future, the new entity reserved a pair of twin-motor six to nine-seat airplanes. 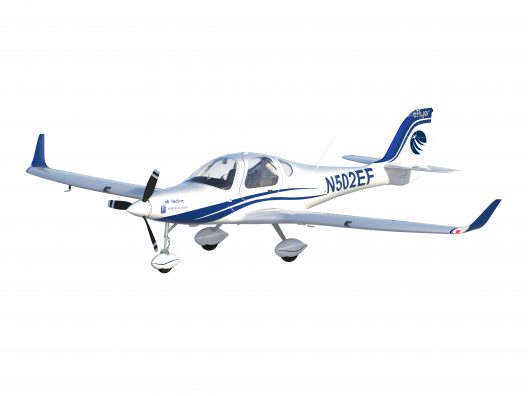 Artist’s rendering of eFlyer2, ready for final touches and production

Bye counts on the “ benefits of electric aviation, including significantly lower operating costs, zero emissions and decreased noise,” to ensure his company’s future.  Orders continue in the face of a pandemic and economic uncertainty.  Operators and flight schools should be able to pass on their lower operating costs to lure passengers and new or returning student pilots.

Since November, Bye Aerospace has added distinguished names to their leadership team and saw one seven-year veteran named to a major industry organization.

John Knudsen, General Counsel for Bye Aerospace, has joined the Board of Directors of the General Aviation Manufacturers Association (GAMA).

Colonel Rod Zastrow (USAF, Ret.), COO and President of Spartan Air Academy Iraq, has been named to the Strategic Advisory Board of Bye Aerospace,.  An F-15 pilot with five commands and vice-commands to his credit, he has designed flight training and maintenance programs for his 125-member academy.

Mark Armstrong has joined the company as a Strategic Advisor.  The son of astronaut Neil Armstrong, he graduated from Stanford with a physics degree and has 25 years’ experience in developing software and advising tech companies. 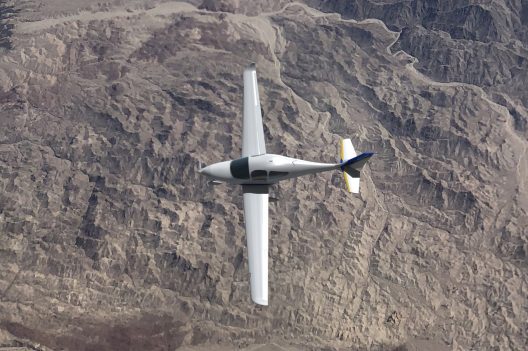 Soon, a four=sear eFlyer4, followed by a twin-motor craft

Cassie Kloberdanz Lee has joined the company as a Strategic Advisor.  She is co-founder of the Brooke Owens Fellowship, a highly competitive internship and mentorship program designed to inspire and train undergraduate women seeking a career in aviation or space exploration.  Her degrees in mechanical engineering and journalism have helped her in a varied career.

Chrysanthe Gussis has joined the company’s Strategic Advisory Board.  Her broad experience in leading legal and economic teams and her specialization in carbon reduction ties neaty with Bye’s mission.

Frank Culbertson has joined the company as a Strategic Advisor.  Culbertson, a graduate of the US Naval Academy and US Naval Test Pilot School, was selected for the astronaut training program in 1984. He initially supported various shuttle missions on the ground, including the Challenger accident investigation. Afterward, he served as the lead astronaut at the Shuttle Avionics Integration Laboratory (SAIL), where he led CAPCOM for seven missions.  He flew as a crewman aboard Atlantis and commanded Discovery on STS-51.  He served as commander of the International Space Station on his last shuttle mission.

Besides progressing toward certification of its eFlyer, Bye Aerospace has received recent honors, including being named Aurora, Colorado’s Small Business of the Year by the local Chamber of Commerce.  George Bye was named one of the top Colorado business leaders in the “Titan 100, an inaugural program that recognizes Colorado’s Top CEOs and C-level executives for their exceptional leadership, vision and passion.”  Recognition comes from the company doubling its employee numbers in the last year and garnering press recognition worldwide.