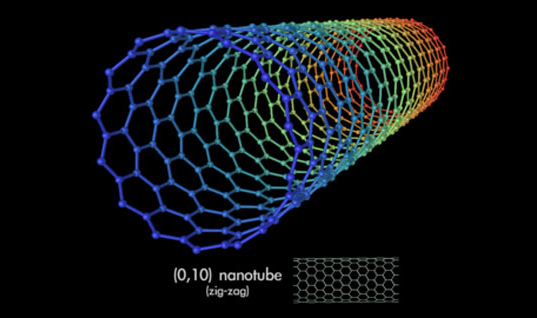 Natural gas promoters explain that it burns much cleaner than other fossil fuels such as coal or gasoline.  What if we can turn it into a zero-pollution fuel, and get a few bonus products from it?

One big dream, capturing greenhouse gases and turning them into useful, non-polluting fuels or even materials, still drives researchers to find those answers.  We have reported on several approaches to turning atmospheric carbon into carbon fiber recently, but Southern California Gas Co. (SoCalGas) is working on turning its main product, natural gas, into hydrogen, carbon fiber, and carbon nanotubes.

SoCal has partnered with the startup C4-MCP with the goal of offsetting the expense of making hydrogen by selling carbon fiber and carbon nanotubes that come incidentally from the production of the hydrogen.  Those material sales could lower the cost of hydrogen to $2 per kilogram, competitive with conventional gasoline and Diesel vehicles.

Yuri Freedman, SoCalGas’ senior director of market development, explains, “This technology takes methane, turns it into a zero-emission automotive fuel—hydrogen—then uses the carbon captured in the process to make the strongest possible materials to be used in high-tech manufacturing. Further advances in development of this technology will bring about a unique and potentially revolutionary combination of environmental, manufacturing, and economic benefits.”

Despite presumably using best-known methods and practicing due diligence, SoCal Gas still experienced major leaks.   “Two years ago, the biggest methane gas leak in U.S. history happened at the Aliso Canyon facility, spurring the evacuation of thousands of people from surrounding neighborhoods. Many residents complained of nosebleeds, headaches and nausea.

“SoCalGas spent hundreds of millions of dollars to relocate residents and handle other costs related to the leak. Earlier this year, it agreed to pay $8.5 million to settle a lawsuit from the South Coast Air Quality Management District and had earlier committed $4 million to settle criminal charges from the district attorney.

“The company resumed gas injections at the controversial site this summer after an appeals court lifted a temporary ban on operations. Los Angeles County had sued the company to try to stop it from restarting those injections.

“Environmental and neighborhood activists like [Matt] Pakucko have continued to call for the facility to be permanently closed.”  Concerned citizens might applaud this, but industry will respond to the call for increased drilling because of demand for natural gas.

Certainly, efforts to clean up post-extraction natural gas and methane will not affect the extraction sites, fracking methods, or neighborhood responses to that extraction.  Unless drillers find improved ways of sealing the well sites, methane leaks will continue.  But turning the methane into carbon-neutral materials will possibly enhance its desirability as a fuel.

Part of the program will be overseen by researchers at West Virginia University, directed by Statler Chair Engineering Professor John Hu.  That group will develop the catalyst and process for converting natural gas to crystalline carbon and hydrogen.  Incentives exist to use the methane in natural gas for clean energy.

According to WVU, “West Virginia has abundant natural gas resources, but those resources can often be stranded both physically and economically. The geographic terrain of the state makes it difficult to build pipelines to extract the resource and process it at a centralized location. This lack of infrastructure affects access and price.

“In order to convert the natural gas resources into sustainable economic and industrial development in the state, WVU researchers are remaking manufacturing methods and developing advanced technologies such as modular production that are flexible, inexpensive and increase efficiency.”

The new catalyst and technique will be further developed and evaluated at both West Virginia University and Pacific Northwest National Laboratory (PNNL).

The combined teams, working with funding from the H2@Scale initiative led by the US Department of Energy’s (DOE) Fuel Cell Technologies Office (FCTO).

Carbon fiber and carbon nanotubes (CNTs) derived from the process will help defray the cost of hydrogen extraction.  The global CNT market is expected to rise from 2016’s $3.5 billion to $8.7 billion by 2022, with annual growth rates of over 17 percent.

A recent discovery by Professor Hu promotes “base growth” carbon nanotube formation rather than “tip growth,” the current technology.  The process allows the catalyst to regenerate and promotes a highly pure and crystalline carbon product, according to WVU.  The process can produce exact diameter and length CNTs.  Research by Hu may lead to ways to decrease the need for crude oil by 20 percent. 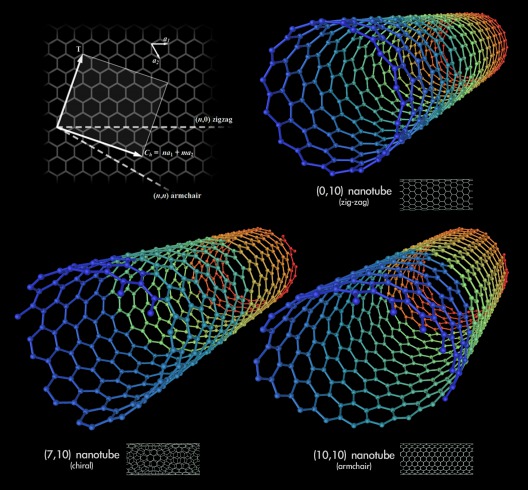 Reducing emissions at extraction and consumption points will be good for overall health and environmental concerns and if the combined forces of academia and industry can lead to cleaner processes and valuable products, be good for the economy.