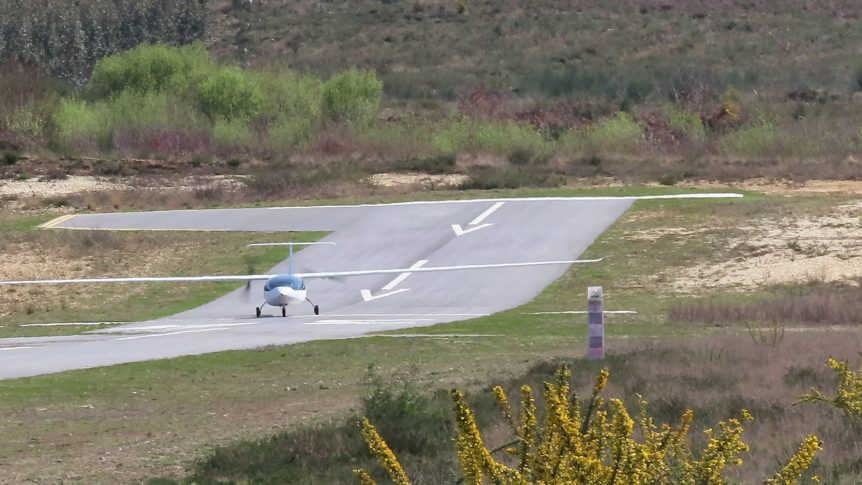 Teofilo Leite introduced his Crossover, a touring motorglider powered by two Emrax motors, several years ago.  This video from six years ago shows how it was configured then.  Crossover has gone through several changes in its mode of propulsion since then and has become the svelte form that expresses a need to fly.

In its original configuration, Crossover’s flaps, landing gear and motors extended and retracted, a neat bit of packaging in the slender fuselage.  The airplane went through several changes, including one variant, shown at Aero 2014, that had a Rotax engine driving a long carbon-fiber shaft that drove a series of belts to a tail-mounted propeller.  On the other side, a hybrid version with Rotax engine driving a generator charged the electric motor on the tail.  It was a stunning display. 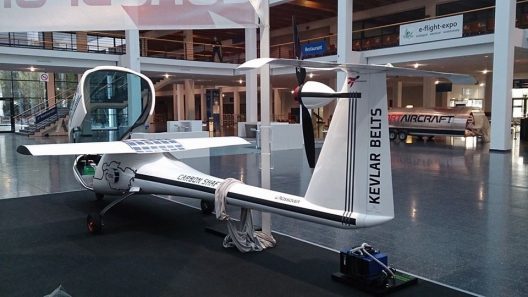 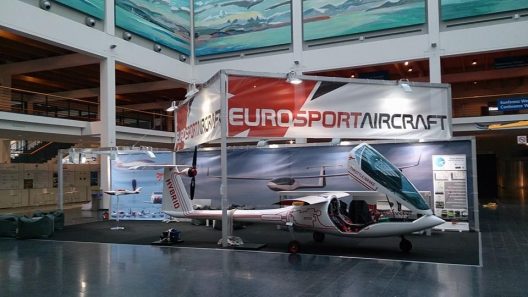 And showing hybrid side with electric motor on tail, at Friedrichshafen Aero 2014

Under its beautiful canopy, which opens via Bluetooth command, the low-slung seating is accessible even from a wheelchair.  Carbon molded bucket seats “are shaped for long journeys and comfort with great adjustable cockpit ventilation for both pilot and passenger.” That would be highly desirable for the long distances Crossover is intended to traverse.  The 116-centimeter (45.66-inch) wide cockpit matches the overwhelming wide view.

Now the airplane has made a return, with a simpler setup of fixed engines on a center section still features the unique fuselage/wing junction, still similar to Munchen Akaflieg’s MU-31.  Apparently, the original plan to provide 12-meter (39.37-feet), 15-meter (49.2-feet), and 18-meter (59.06-feet) prevails.  The ability to select wings that match a desired performance or use shows a design versatility underlying the Crossover name. 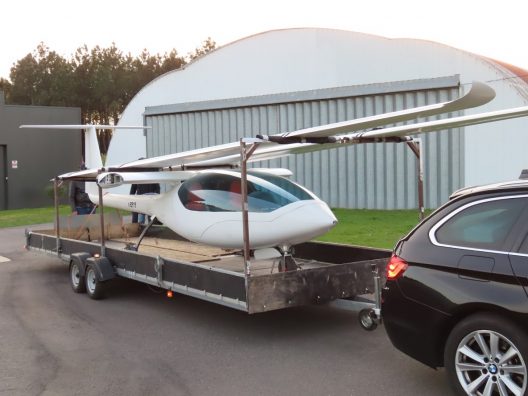 Linking the technology and engineering centers of northern Portugal, which supplied materials and fabrication with Brazil, which supplied design and aerodynamics from Professor Paulo Iscold (Universidade Federal de Minas Gerais), Crossover is a Portuguese project. 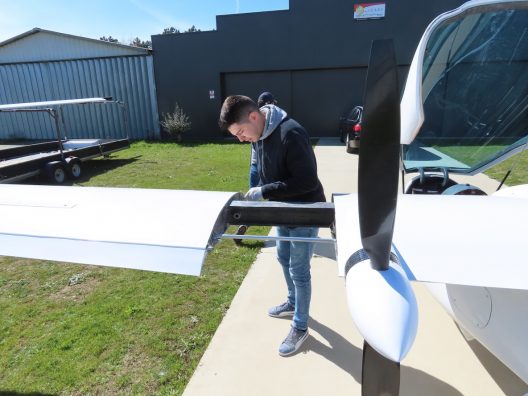 Sliding the outer wing panels onto the center section. Wing can be 12, 15, or 18 meters

Established in 2009, with first Crossover flights in 2013, Flight Dynamics and Eurosport Aircraft are scanning the horizon for new ways to fly.  Teofilo Leite introduced a sleek little two-seat Speedster at the 2014 Aero Expo at Friedrichshafen and this may follow the renewed Crossover.  Even more exciting, if that’s possible, “a Crossover-related remotely piloted platform with impressive range, which benefits from fantastic glider capabilities and low consumption of the hybrid mode,” may be in the wings.