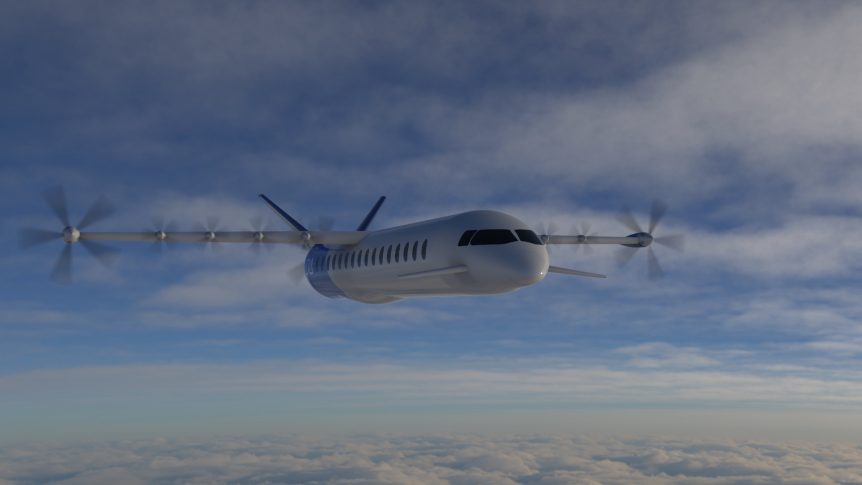 In a dramatic rendering, Dante AeroNautical shows its DAX-19, a regional airliner that will distribute power along its wings, much like NASA’s X-57 Maxwell.  Dante describes the craft as representing, “The regional electric air travel of the future.” 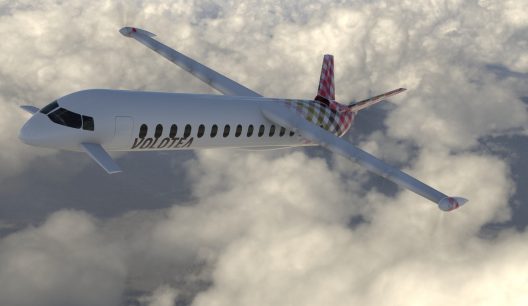 (In Dante’s web site, the triangle in place of the conventional “a” is the alchemical symbol for fire, or a clever marketing type’s attempt to draw our attention.)

Helmut Penner, writing in Cockpit magazine, gives us the following: “Typically, small airlines make their aircraft purchases from major manufacturers, including the still-young Spanish low-cost airline Voltea, which operates 14 A319s and 17 Boeing 717s. But now [the company] is aiming for an ambitious project with the Dante AeroNautical, which is also based in Spain. Already in the middle of the next decade, a hybrid aircraft for 19 passengers to be developed will be used for short-haul flights.”

A Small Airline Checks In

Voltea “will work actively with Dante Aeronautical to develop this hybrid-electric aircraft to help reduce CO2 emissions and aircraft noise, the airline said. Voltea and Dante will receive help from the Instituto de Empresa in Spain, ALTRAN in Europe and the University of Sydney and the University of Adelaide in Australia.

Initially to be a hybrid system with a turbine-driven generator powering the 11 propellers, the DAX-19 will move to full-electric power as battery developments permit.  The hybrid system will reduce emissions and fuel consumption by 50 percent over those for a similar fossil-fuel burning system.

Volotea and Dante expect their hybrid aircraft to become commercially available in the middle of the next decade.

Distributed Drives Are Not New

Decades back, Burt Rutan proposed putting multiple small engines on aircraft wings in an interview for a car magazine.  He thought that this would increase overall safety and maybe even obviate the need for control surfaces by providing differential thrust in variable directions. 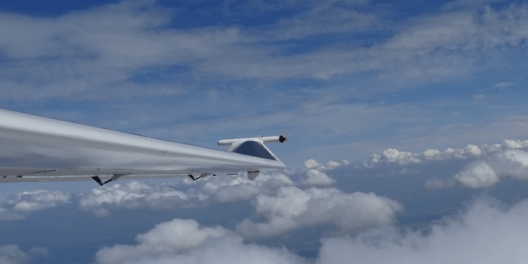 NASA and its French equivalent ONERA have explored the possibilities with the X-57 Maxwell and the Ampere.  The Israeli Alice has applied the idea to an electric medium-range commuter.  Recently, the Institute of Aircraft Design (IFB) and the Institute of Flight Mechanics and Flight Control (IFR) of the University of Stuttgart have tested a pair of Wingtip Propellers, or WTPs.  “The surface end drives are mounted on detachable and differently configurable pods weighing nine kilos each on the two wing tips and equipped with their own batteries and measuring sensors. The rather inefficient electric propeller drives in relation to the drive offer the possibility of an active yaw control in addition to the rudder function. The motors can be controlled either manually or automatically. From the pilot, the control command can be introduced via a newly installed sidestick.  Alternatively, it is added directly to the rudder input, or optionally the aileron input,” according to the University.

Stuttgart notes that, “Although the performance is low compared to the main engine, the steering effect is enormous. With the propellers at the wingtips, the developers get an additional yaw control in addition to the classic rudder.”  Added to that, a wingtip propeller can work with tip vortices to gain thrust and reduce tip drag. 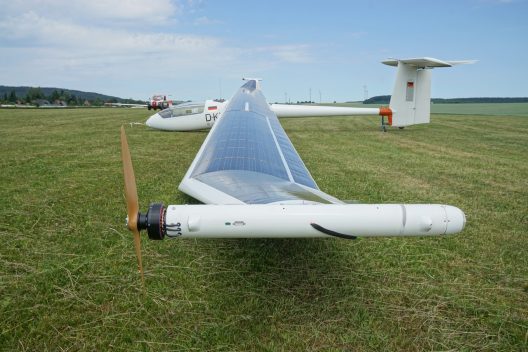 The University closes its report with this note.  “The solar aircraft icaré has been operating as a test aeroplane of the Faculty of Aerospace Engineering at the University of Stuttgart for more than 20 years. The wing end propulsion project is supported by the technical support of SFL GmbH and the test pilot Werner Scholz.”  Scholz was involved with the construction.

With Alice and the X-57 nearing flight tests and Stuttgart providing ongoing data,  Dante AeroNautical will have a great deal of experience from which to draw.  Look for aircraft taking on a new look in the next few years.

“If we want to make aviation more sustainable, we need to find the sweet spot between ambitious emissions reduction targets and realistic economic propositions,” he adds. “A full electric aircraft is a nice long term goal, but it will have very little impact in the near term if it is just a niche product for wealthy individuals.”