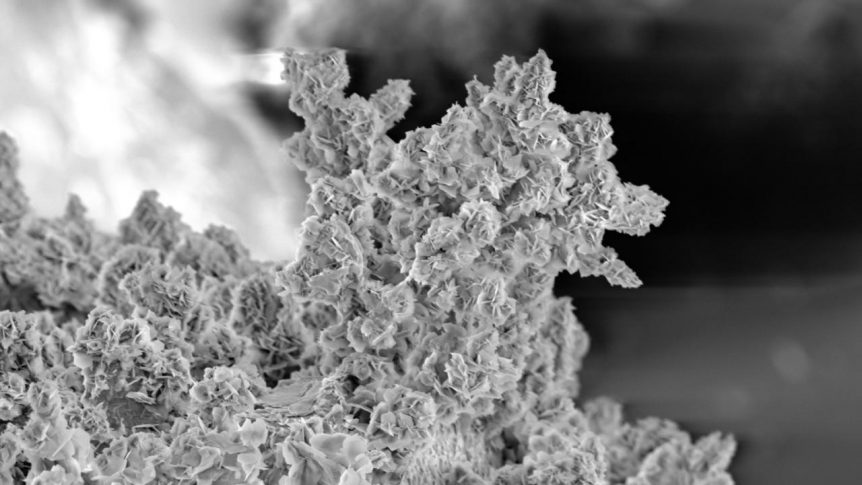 One thing stalling battery development, dendrites, may have met their match if University of California at Davis researchers have their way.  Jiandi Wan’s research group allowed ions to flow through a microfluidic channel near a battery’s cathode to prevent dendrite growth.  According the group’s paper, this, “…can potentially expand the safety and lifespans of these next-generation rechargeable batteries.”  Their research may lead to safe lithium metal batteries, promising higher power and energy densities, but also struggling with safety issues.

Lithium metal batteries might potentially produce twice the energy of lithium-ion batteries, but have greater risks because of the growth of tree-like dendrites on the cathode.  An article in PV Buzz explains, “When they charge, some ions are reduced to lithium metal at the cathode surface and form irregular, tree-like microstructures known as dendrites, which can eventually cause a short circuit or even an explosion.”

Associate professor Jiandi Wan’s paper in Science Advances explains the problem and the fix.  His Department of Chemical Engineering team theorized, according to PV Buzz,”…that dendrite growth is caused by the competition of mass transfer and reduction rate of lithium ions near the cathode surface. When the reduction rate of ions is much faster than the mass transfer, it creates an electroneutral gap called the space-charged layer near the cathode that contains no ions. The instability of this layer is thought to cause dendrite growth, so reducing or eliminating it might reduce dendrite growth and therefore extend the life of a battery.” 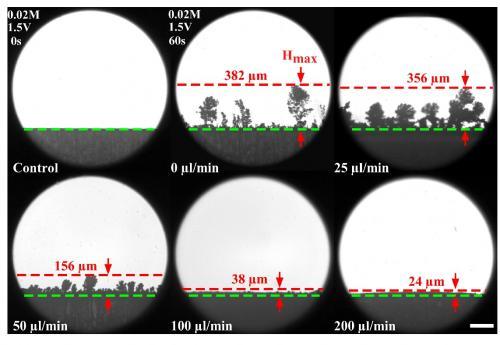 The apparently uncontrolled and random deposition grows the dendrites in relation to the electrical activity, greater current seems to increase the growth.  Flowing ions through a microchannel reduced dendrite growth by up to 99 percent.   The microchannel consists of two strips of metallic foil.

The bad news – it really is not practical at this point to “directly incorporate microfluidics in real batteries.”  The Chemical Engineering research group is searching for alternative ways to “introduce local flows near the cathode surface” and eliminate the space charged layer thought to be responsible for dendrite growth.

Wan concluded, “We are quite excited to explore the new applications of our study.   We are already working on design of the cathode surface to introduce convective flows.”