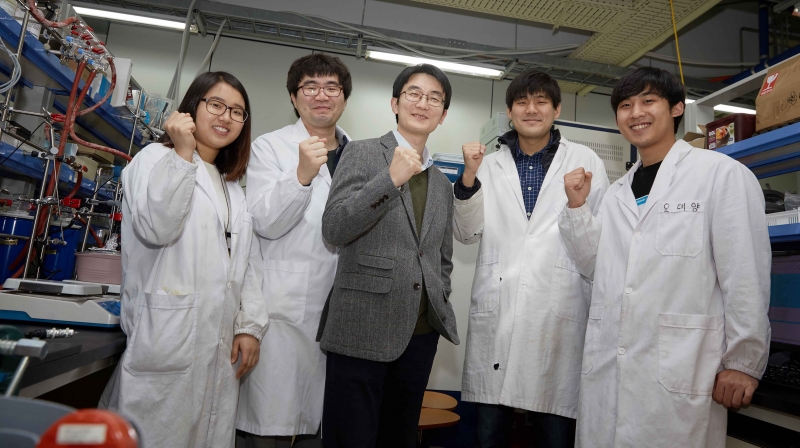 Reporting on a new material that doesn’t seem real, a joint research team from Ulsan National Institute of Science and Technology (UNIST) and Seoul National University in Korea says it has developed a “highly-conductive, highly deformable, and dry-air-stable glass electrolyte for solid-state lithium-ion batteries.  If those characteristics seem mutually exclusive, the electrical performance helps dispel skepticism. 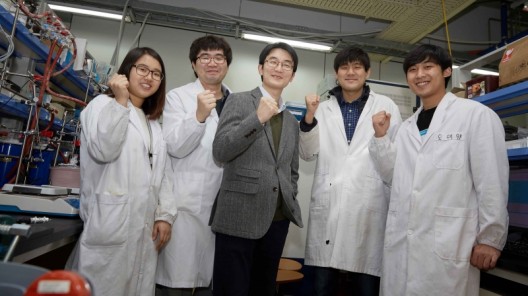 Assisted by colleagues at Lawrence Berkeley National Lab and Brookhaven National Lab, the researchers prepared the electrolyte using a “homogenous methanol solution,” and wetting exposed surfaces of the electrode active materials with the solidified electrolyte.

Eureka Alert! quotes Professor Yoon Seok Jung  (UNIST, School of Energy and Chemical Engineering) , “The research team also developed a material for the solid electrolyte by adding the iodized lithium (LiI) to the methanol liquid which is the compound (Li4SnS4) based on tin (Sn). The compound’s ionic conductivity was originally low, but it got increased by getting mixed with LiI. Consequently, by combining two materials together, it became possible to develop the solid electrolyte with high ion conductivity and air stability.”

Conventional Li batteries use an organic liquid electrolyte which can be “easily… gasified or burned.”  The solid electrolyte coating is not flammable or toxic, a great safety enhancement considering the scrutiny now being imposed on lithium batteries following Christmas shipments of “hoverboards” and the recent spectacular meltdown of a Tesla sedan in Norway.

GreenCarCongress includes these notes on the process and its possibly impending commercial realization.

Most efforts on the development of SEs [solid electrolytes] thus far have placed a strong emphasis on the high ionic conductivity of the SEs. However, there is a huge discrepancy between the high ionic conductivities of sulphide SEs and the below-par performance of bulk type ALSBs [all-solid-state lithium batteries], which originates from the limited ionic contact between the active materials and SEs.

For example, cold-pressed composite electrodes have exhibited porosities as high as 20%-30%, reflecting poor surface coverage of SEs on the active materials. Therefore, the fabrication of composite electrodes with more intimate ionic contacts should be a prime objective for future development. However, this development has been inhibited by the drawbacks associated with the conventional protocols of synthesizing sulphide SEs, such as solid-state reactions and mechanochemical methods. 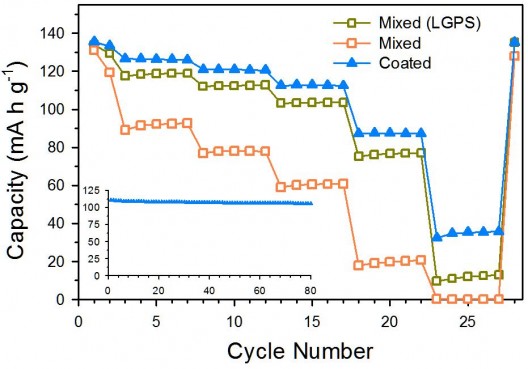 Solid electrolyte gives at least the performance and longevity of conventional lithium batteries, but much greater safety

A newly developed solid electrolyte has the high ion conductivity and no toxicity problem. In addition, the prices of a raw material and a solvent (methanol) are comparatively low. With this technology, commercialization of solid lithium battery will be available sooner than we thought.

This research was sponsored by Korea’s Ministry of Science, ICT and Future Planning and Ministry of Trade, Industry and Energy.