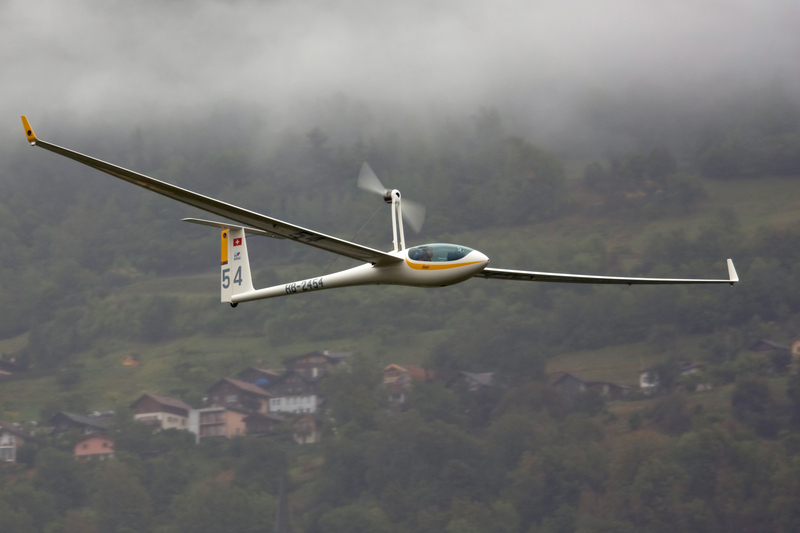 Uwe Beger, competition director for a new form of sailplane contenst, wrote this in response to our entry on the Pipistrel Velis’ multiple records flying from Switzerland to the North Sea.  “From August 29th to September 5th 2020 fifteen pilots from 6 different nations flew a cross country flying contest (E2 Glide), where the usage of electric engines (Front Electric Sustainers as well as Retractable Electric Engines) was allowed within some contingent of 2 up to 2.5 kWh per flight. Altogether the participants managed to fly a distance of nearly 10,000km (6,214 miles) with the use of 150 kWh of energy in sum.”  That’s about 41.4 miles per kilowatt hour.

“Not that bad compared to the world records of the Pipistrel Velis Electro ;-)”  Granted that sailplanes are highly optimized vehicles that generate as little drag as anything flying – other than birds, perhaps.  Each pilot in the E2 Glide gathering would have used an average of 10 kilowatt-hours of stored energy.  By comparison, a dishwasher uses about 1.5 kWh per load, so each pilot used less electricity than seven dishwasher loads for the week.  At an average cost per kWh in Europe of 21.1 cents, flying that week, other than the usual tow costs, would have consumed $2.11 in electricity.  Electricity for the whole event would have cost $31.65.

Gliding without auxiliary power can lead to unplanned loss of lift, outlandings

E2 Glide is a new application of something done with sailplanes that can self launch or sustain flight with electric motors.  Organizers explain, “New technology requires new ways of thinking. Electric drives in gliding multiply possible competitive variants. The aim of the E2GLIDE format is to take up the experience gained from the 1st eglide contest 2019 in Pavullo, Italy in a structured manner and to combine it with other ideas. The use of defined engine contingents during the competition flight enables increasing independence from the weather and high-profile racing events.”  This year’s contest was held in the Erzgebirge region of Germany – once a coal-mining area.  There’s no coal-rolling in this competition, though.

With auxiliary electric power, all airplanes return home at the end of a flight

Pilots fly two-hour competitions, and have a maximum energy quota of two kilowatt-hours they can use on each challenge.  Airplanes can use front electric sustainers (FES) or retractable electric motors. 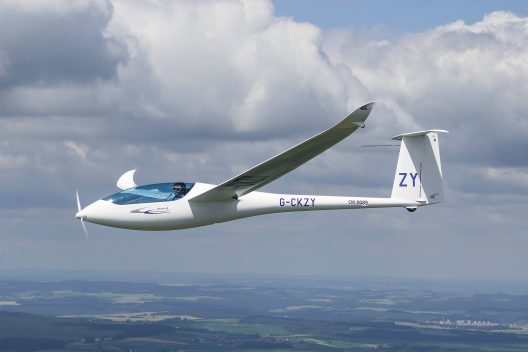 Czech HPH sailplane with FES extending its time in the air. Aircraft can also be purchased with a retractable jet engine.  This is type of craft flown by Stefan Langer in videos

Through two well-done videos, we follow the adventures of Stefan Langer, flying an HPH Shark 304S, powered by an FES system.  It serves as a sustainer, enabling Stefan to stay in the air despite gray days and prevents those inconvenient outlandings.

Considering the Lange self-launching sailplanes have been around a decade, along with the 13.5 meter span Silent motorglider from Italy, it’s time to incorporate the growing number of electric machines into a new variation on a century-old sport.