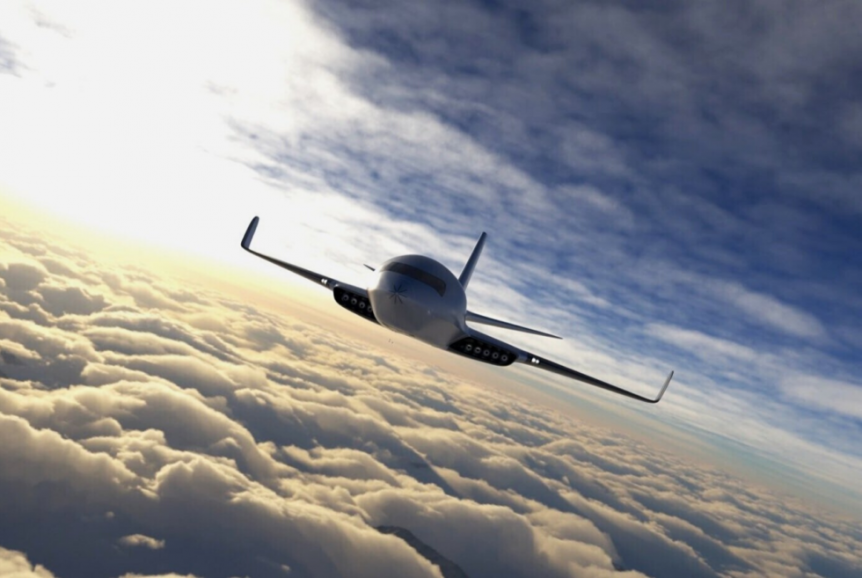 Your editor has long promoted the idea of the Grand Unified Airplane, a vehicle which would essentially power itself from sunlight, piezoelectrics, structural batteries, and even the friction of the air over its surfaces.  He wrote about the concept in the May, 2013 Kitplanes, and has noted an increasing number of articles in scientific journals describing a variety of nanogenerators, including tribolectric types. 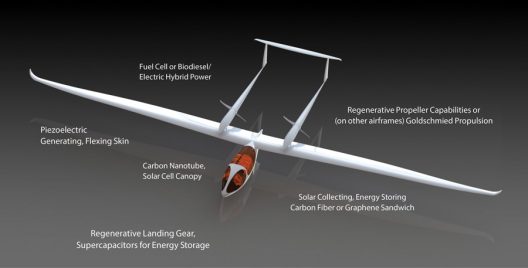 Your editor applied Grand Unified Airplane ideas to Richard Glassock’s concept for eight-seat powered sailplane.  (Wish someone would build it.)

Tribolectrics are not new, having been discovered in the 18th century and initially quantified by Johan Carl Wilcke, a Swedish Physicist in 1757.  “Tribo” comes from the Greek for “rub,” and as shown in the following video, even the rubbing of air over a surface can generate electricity.  Note that about the 1:25 point Dr. Wang blows across the nanogenerator and lights up the LEDs.

Taking that idea and running with it, Warsaw-based designer Michal Bonikowski designed the Eather One to run on electricity generated during the airplane’s movement through the air. As exotic as it looks, it’s not as wild-eyed as one might expect, coming as it does from a designer with 20 years experience and numerous awards to his credit. 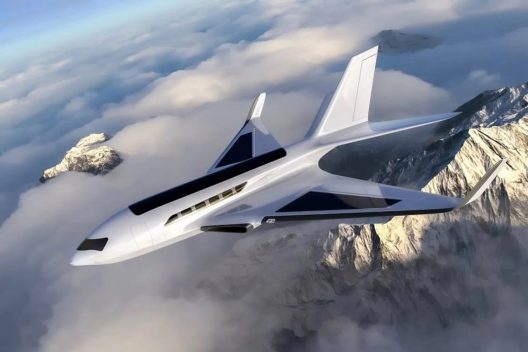 He was inspired partly by Airbus’ Maveric (Model Aircraft for Validation and Experimentation of Robust Innovative Controls) a blended wing body design. Powered by next-generation turbine engines, Maveric would achieve a 20-percent reduction in carbon emissions over current designs.  A 3.2-meter (10.5-feet) span first flew in France in 2019. 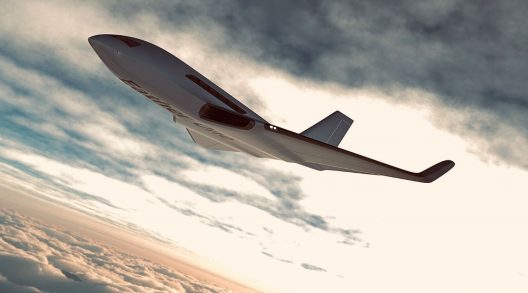 After being lifted by electrically-powered engines, airplane would maintain forward motion based on friction with air.  Illustration: Michal Bonikowski

Bonikowski  writes about his dream machine.  “I enjoy all attempts to revolutionize flying. I have been thinking a lot about this lately, and what could happen if Airbus (Why not Boeing, or Embraer?) would like to create an electric plane. We all know that the main problem is the weight of a battery, but. The air is full of electricity, which can be recovered by the friction generated by the flying plane. In wings, during the flight, instead of fuel tanks, triboelectric nanogenerators can be installed, which, using the vibrations of the structure and friction generated by the bending of wings during the flight, can generate the energy needed to power several smaller electric motors. The energy efficiency of such systems is already large enough to be used in this kind of machine. In this case, the battery pack needed for carrying should only satisfy the need for takeoff and landing. The flight itself would be able to generate the energy needed to maintain it and most likely to charge the batteries.”

The elegance of pulling the energy for flight from the very air through which an aircraft passes seems like a wild dream, but coupled with increasingly power dense motors and energy dense batteries, this may not be a decades-out vision.  Could this concept be used with hydrogen fuel cells or advanced supercapacitors?  Certainly, the dream seems worth chasing.