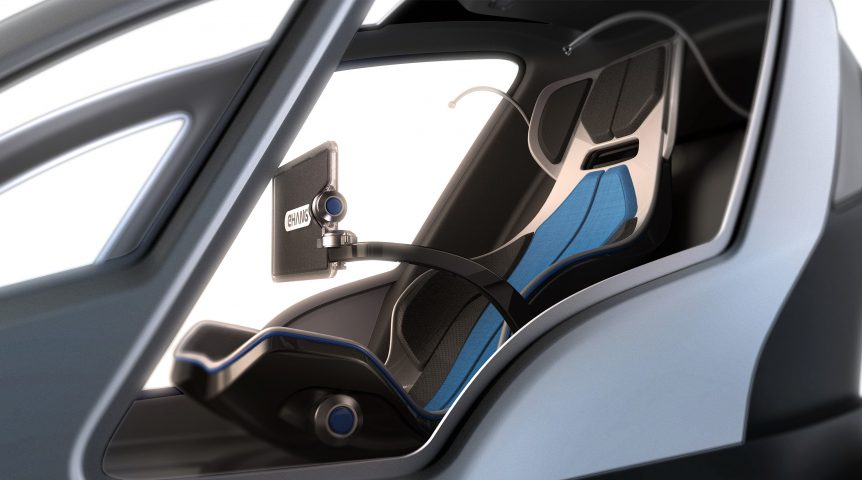 An Executive Perk Unlike Any Other

Chinese firm Ehang staged a demonstration of great confidence in its 184 (one passenger, eight motors/rotors, and four arms) autonomous flight vehicle.  The CEO and all executive members of the firm, and Guangzhou government officials got rides, with many giving thumbs-up signs during their trips.

Hu Huazhi, Founder and CEO of Ehang, fills us in on numbers.  Over 150 technicians and engineers worked more than 1,000 days and ran over 1,000 test flights to bring the Ehang 184 to its current level of trustworthiness.  Flights held at the Ehang test flight site in Llanyungang City show the founder using stick and rudder to control the machine.  Xiong Yifang, cofounder and CMO for Ehang, flew with great enthusiasm while Huazhi notes a previously unannounced two-seater has carried the heaviest passengers, including Zhong Hang, Vice President, and Richard Liu, Chief Financial Officer – with up to 210 kilograms (462 pounds) combined weight.  A lighter VP, Tang Zhejung, gave a V for Victory (or peace?) sign on her flight.  Note that the Ehang 184’s net (empty) weight is cited as 260 kilograms (572 pounds).

As noted above, the 184 was not the only star of this well-choreographed show.   A two-seat model (the 2168 – two passengers, 16 motors/rotors, eight arms?) makes its appearance, interspersed with flights of the 184.  The machine stays right side up, although the intrepid test pilot vigorously tries out pitch and roll controls along the otherwise stable flight path

This brings up the question of aircraft (and airspace) control.  Onboard sensors and systems can fly the Ehang in force 7 gales, according to the manufacturer and shown with images of the eight-rotor craft being tested in ostensibly force 7 winds (about 5:30 on the video).  The Beaufort Scale lists Force 7 winds at 28 to 33 knots (32.2 to 38 mph), more than enough to push the average Cessna past its controllable landing speed.  Ehang explains the pod has shown itself able to handle high and low temperatures as well as such high winds.

Beyond aerodynamic control, Ehang has a large control center to monitor and possibly control the flight of their otherwise autonomous vehicle.  How much will the pilot on board (if provided with a stick and rudder pedals) be able to provide total control of the machine?  Will ground control have ultimate authority, or will autonomous, pre-programmed controls guide the aircraft?  Certainly Huawei, which makes smartphones, servers, routers and other connected communications devices and systems has a major part in this. Since Ehang features its two-story control screen as a major component in its tests, what are the protocols for each of the elements involved?

These are questions that will need to be answered for such aircraft to gain certification worldwide, or in individual countries – each with a unique set of rules and restrictions.  The regulatory constraints may be more difficult to overcome than the physical ones.

Ehang seems to be doing a great job of making a machine in which even its executives are comfortable flying.  Can they, and their many competitors, be as successful with national and local governments?