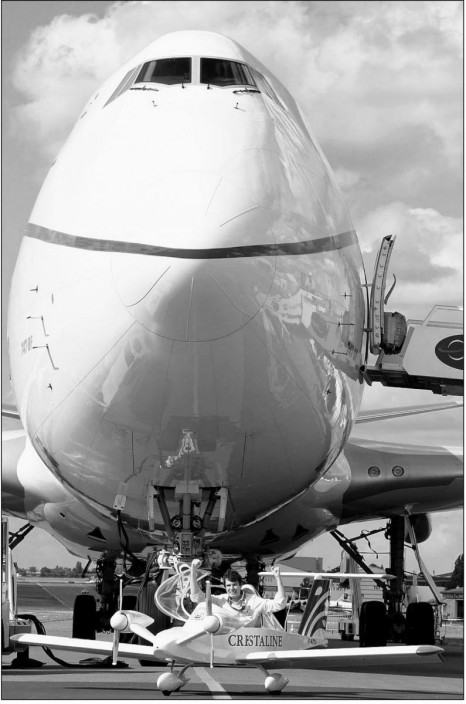 "Pilot Hugues Duval in his twin-electric-engine "Cri-Cri", the smallest plane in the world, is overshadowed by the Boeing 747-8FA during the 49th Paris Air Show at the Le Bourget airport near Paris, France" Photo: Pascal Rossignol for Reuters

“Hugues Duval holds the world speed record for an electrically powered aircraft after reaching the top speed of 283 km/h during his presentation flight today in the 49th Paris Air Show (Saturday 25th of June, 2011).

“This flight has shown to key actors of [the] aeronautics world present at [the] Paris Air Show 2011 that electric engines are a real alternative way of propulsion.”

Coming from the light aircraft, rather than the Airbus world, the flight affirms that inventive small firms have an opportunity to show the way in this exciting new technology.   For a French TV news highlight of the event, click here.