Brammo, one of the first American electric motorcycle makers, established itself as an early competitor in racing, and after less than a decade in the new arena, sold the motorcycle racing enterprise to Polaris Industries Inc.  “Following that announcement, Brammo confirms its exclusive agreement to supply its electric powertrains to Polaris for inclusion in motorcycles and other on-road and off-road vehicles.”range of vehicle OEMs.”

From Motorcycles to Helicopters

According to the Portland Business Journal, “Brammo lent its expertise to a Tier 1 Engineering launch of a battery-powered manned helicopter last month. The launch included the first hover taxi and a record five-minute cruise flight to 400 feet altitude.”

Tier 1 describes itself as “A provider of engineering services, specializing in lightweight composite structures. We offer engineering design and build services to the Aerospace, Energy, Marine, Medical, and Consumer Product sectors. We handle all projects in a secure environment to protect client privacy and follow AS9100-compliant quality practices.” 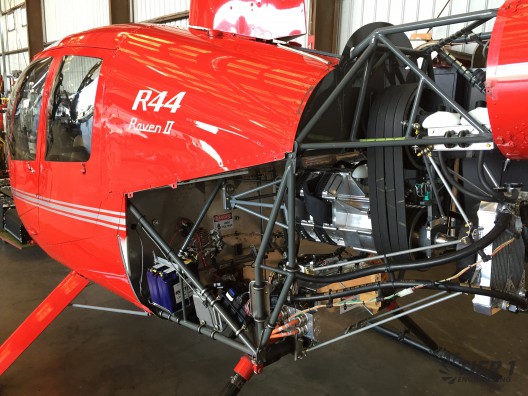 Twin electric motors allow continued flight even if one fails

Brammo contributed 1,100 pounds of lithium polymer batteries (approximately the weight of a Tesla S battery pack) to the effort, which included twin electric motors and a control system from Rinehart Motion Systems. 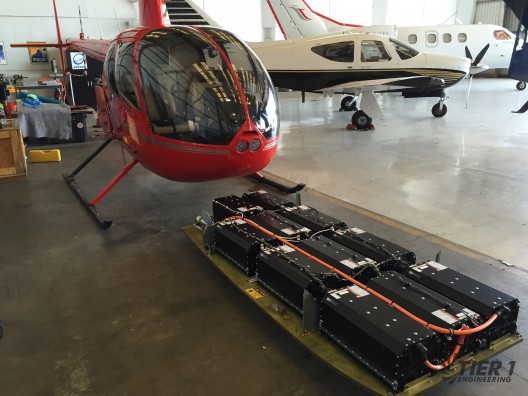 The craft flew for five minutes on an oval course around the field, and landed with about 80-percent of the pack’s energy remaining.  It will be interesting to see future flights with greater altitudes and/or endurance.

All flights were conducted under a special airworthiness certificate in the experimental category issued by FAA’s Los Angeles MIDO. “Tier 1 Engineering accomplished the project under contract from Lung Biotechnology PBC to produce an Electrically-Powered Semi-Autonomous Rotorcraft for Organ Delivery (EPSAROD).”  Much like the recent UAV Challenge in Australia, with drones retrieving a blood sample from Outback Joe, the project has a potentially life-saving goal.

Tier 1 reports, “Lung Biotechnology PBC intends to apply the EPSAROD technology to distributing manufactured organs for transplantation to major hospitals with much less noise and carbon footprint than current technology.  Tier 1 Engineering is an aircraft design and development company with operations in Costa Mesa, California, and Victoria, Australia.”

In 2010, Sikorsky showed an electric Firefly™, a battery-powered S-3000 which swapped the original gasoline engine for an electric motor and two 45-kilowatt-hour Lithium Technology Corporation Gaia battery packs.  These were intended to power a 190-horsepower electric motor, but it’s unsure whether the helicopter ever flew under battery power.

The converted Robinson R44 helicopter has a gross weight of 2,500 pounds, complete with a Brammo battery pack weighing 1,100 pounds.  Although unchanged from a standard R44, the craft has a digital cockpit display to allow pilot management of torque and power.  It also provides data logging.

The machine has an estimated endurance of 20 minutes, or approximately 30 nautical miles of range.  As with all such projects, the developers hope to obtain higher energy density batteries.  A nine-person team took six months to bring the craft to its present state, removed the original Lycoming IO-540 engine, and replaced it with two electric motors and a reduction gearbox in a custom installation, and devised a large, under-aircraft mount for the 11 battery modules.

Although the term “semi-autonomous” appears in the acronym “EPSAROD,” there are no such features in the current version.  “The purpose of the aircraft is to demonstrate the feasibility of battery-powered VTOL and cruise for a manned helicopter.  Semi-autonomous avionics, navigation and controls will be implemented later in the EPSAROD development program. The ultimate goal of the EPSAROD Program is to produce electric-powered semi-autonomous aircraft that are capable of distributing manufactured organs to hospitals for transplantation,” according to Tier1.

Eventually, with better batteries, of course, the helicopter could carry two people and three“manufactured organs with a total payload weight of 600 pounds for not less than 150 minutes, including a 30-minute reserve.”

Look for ongoing flight tests and a more advanced vehicle due in late 2017.