What will future airplanes look like?  Exciting, sleek and beautiful, if the five winners of a recent NASA Aeronautics Research Mission Directorate (ARMD) challenge are any indicator.  Graduates and undergraduates were asked to design a four-seat, electrically-powered craft that “could carry at least 400 pounds of extra cargo, fly at least 575 miles during a single flight, cruise at a speed of at least 150 mph and be able to take off in less than 3,000 feet under normal conditions.”  Current materials and motors were undoubtedly intended, since the airplanes had to be ready to go into service by 2020 and be competitive with currently-available “standard piston-engine airplanes that burn fossil fuel.”

This is definitely a challenge, and the students not only met it, but exceeded expectations.  Of twenty team entries, NASA evaluators chose five for final consideration.  Jaiwon Shin, NASA’s associate administrator for aeronautics, extolled their virtues.  “The research and critical thinking that went into each of these designs was very impressive. It’s clear there is a new generation of aeronautical innovators nearly ready to make their mark on the future of aviation.” 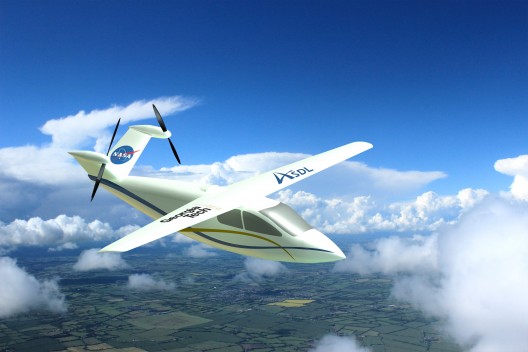 Graduate level winner Tom Neuman, the sole member of his team, garnered top honors with his “Vapor”, a high-wing, V-tailed design with propellers at the tip of each tail element.  The Georgia Institute of Technology student noted the problems in designing such as vehicle – beginning with the current state of batteries and extending his considerations to the support system necessary for electric aviation.  “The main challenge for electric aircraft is the weight and volume of energy storage devices (ESD) such as batteries and fuel-cells. Another barrier is modifications to airport infrastructure needed to support electric flight. Nevertheless, electric aircraft offer potential benefits in operating cost, energy consumption, noise and emissions.”

He managed to claim 92-percent propeller efficiency and parasitic drag 25-percent lower than that for a Cirrus 22, reducing total energy demands by 40 percent and consuming 3.8 times less energy per mission than the S22.  Even with those refinements, he explained that available batteries do not meet the performance requirements for the challenge, and concluded “the only feasible ESD was a proton exchange membrane fuel-cell (PEMFC).”

The full abstract for the design can be found here. 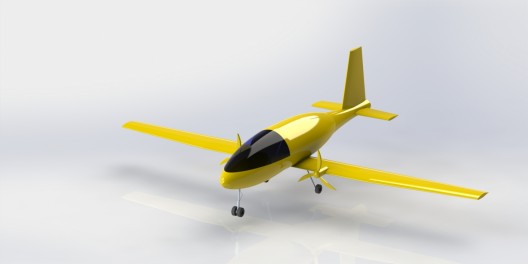 The University of California at Davis picked up three of the four undergraduate awards.  First place went to Team 151 and its lead Ethan Kellog for Bladessa, a twin-motored, low-wing craft with a high-aspect ratio wing and a fuselage that takes full advantage of recent laminar flow studies. 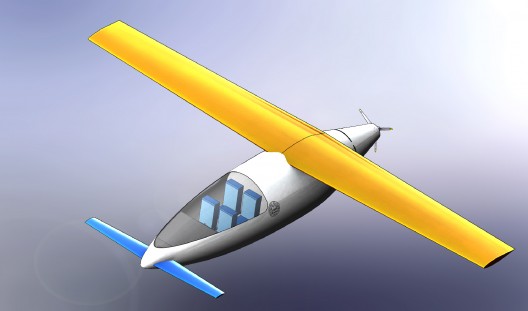 Second-place Areion was designed by a six-member team of fourth and fifth year students led by Louis Edelman and advised by Professor C.P. “Case” van Dam, PhD, a recent speaker at the CAFE Foundation’s Electric Aircraft Symposium.  A canard, the “configuration reduces the planform area and drag of the main wing while a blended airfoil design and hyperelastic flaperons enable the usage of Natural Laminar Flow (NLF) technology and reduce energy requirements over a broad flight envelope.”  This team elected to use hydrogen fuel cell technology for its energy source to drive the pusher propeller. 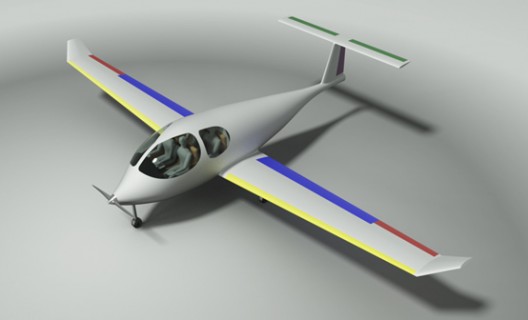 Virginia Tech’s EG-A BeamTree PH-10 was perhaps most conventional in appearance, had most interesting name

Virginia Tech’s E-GA BeamTree PH-10 took third place for the eight seniors on the team, and features a “tadpole”-shaped fuselage, a 48.5-foot long wing and winglets.  The team considered that, “Other key design criteria are the infrastructure impact of the energy storage system and the overall cost of both the design and infrastructure components.”

A five-member team from UC Davis had Professor van Dam as one of its advisors, and proposed using a hybrid battery system consisting of Lithium Ion and Aluminum Air cells. They picked up an honorable mention for their SCUBA Stingray low-wing design.

None of the proposed designs use a “conventional” energy storage system, but look to alternatives to lithium-ion cells, not all of which are available today.  That might make meeting the realization of many of the designs a stretch by 2020, but does suggest that these students are probably researching what might be available in the near future.

Congratulation to all the winners, their advisors and to NASA for sponsoring this look into a possible future for General Aviation.