Rice University scientists who want to gain an edge in energy production and storage report they have found it in molybdenum disulfide.

From Wikipedia: “Molybdenum disulfide is the inorganic compound with the formula MoS 2. The compound is classified as a metal dichalcogenide. It is a silvery black solid that occurs as the mineral molybdenite, the principal ore for molybdenum.   MoS 2 is relatively unreactive. It is unaffected by dilute acids and oxygen. In appearance and feel,molybdenum disulfide is similar to graphite. It is widely used as a solid lubricant because of its low friction properties and robustness.” 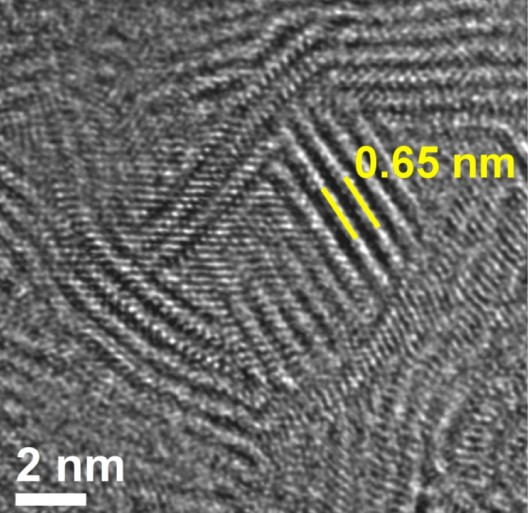 A new material based on molybdenum disulfide exposes as much edge as possible for efficiency as a catalyst for hydrogen production or for energy storage.  Photo: Tour Group

Let’s break down one probably unfamiliar term (it was to your editor).  A chalogen is one of the members of the Vla group in the periodic table and includes oxygen, sulfur, selenium, tellurium, and polonium.  Add a more electropositive element to one of those and we get a chalogenide.  Double down and make it a dichalogenide, in this case a material that looks similar to graphene, but more three-dimensional, with three layers because it has slab of molybdenum sandwiched between two layers of sulfur atoms.

According to James Tour, Rice professor and head of his own laboratory at Rice, MoS looks like graphene when viewed from above, with rows of ordered hexagons.  The sandwich layers, though, help “create a more robust edge, and the more edge, the better for catalytic reactions or storage.”  Paradoxically, it doesn’t react with much, but works well as a catalyst.

Tour, a post-graduate researcher named Yang Yang, and graduate student Huilong Fei, and other colleagues turned this sandwich into a thin film and found that it catalyzes the separation of hydrogen from water when exposed to an electrical current.  This performance in creating a hydrogen evolution reaction (HER) “is as good as any molybdenum disulfide structure that has ever been seen, and it’s really easy to make,” Tour said.

They grew their porous molybdenum oxide film onto a molybdenum substrate using room-temperature anodization, often used to “thicken natural oxide layers on metals.”  Their cost-effective and low temperature method created a thin, flexible film that maximizes the amount of exposed edge, which seems to make it a great material for hydrogen generation, possible fuel cell use, and as a component of supercapacitors. 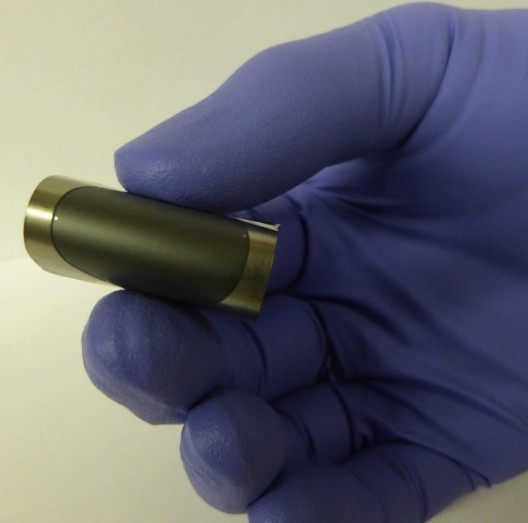 Tour explained, “So much of chemistry occurs at the edges of materials. A two-dimensional material is like a sheet of paper: a large plain with very little edge. But our material is highly porous. What we see in the images are short, 5- to 6-nanometer planes and a lot of edge, as though the material had bore holes drilled all the way through.”

Exposure to sulfur vapor at 300 degrees Celsius (572 degrees Fahrenheit) for an hour converted the film to molybdenum disulfide without damaging its porous structure.

In supercapacitors, this film has a long lifespan, and while not producing the energy storage of batteries, can charge and discharge quickly.  Tour’s group made supercapacitors from the films, and in tests, they “retained 90 percent of their capacity after 10,000 charge-discharge cycles and 83 percent after 20,000 cycles.”

Rice reports, “’We see anodization as a route to materials for multiple platforms in the next generation of alternative energy devices,’ Tour said. ‘These could be fuel cells, supercapacitors and batteries. And we’ve demonstrated two of those three are possible with this new material.’”