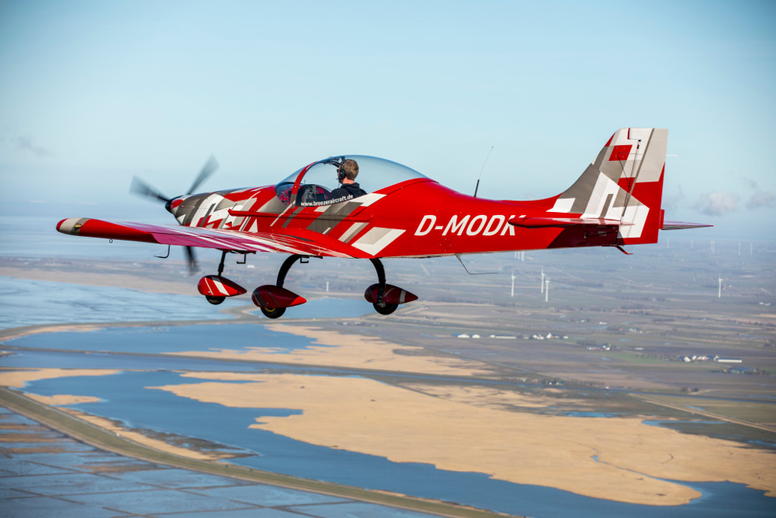 As battery makers worldwide strive to develop safe, high-energy-density cells, Breezer Aircraft, a German small-aircraft manufacturer, unveils plans to power one of its ultralights with a hydrogen fuel cell.

Breezer’s  B400-6, receiving 600kilogram certification by the DAeC (German Aero Club), is light enough to enable a small fuel-cell-motor combination to power it.  Usually powered by the ubiquitous Rotax range of engine, an electric version will initially to be driven by batteries, and then powered by a hydrogen-fuel cell. 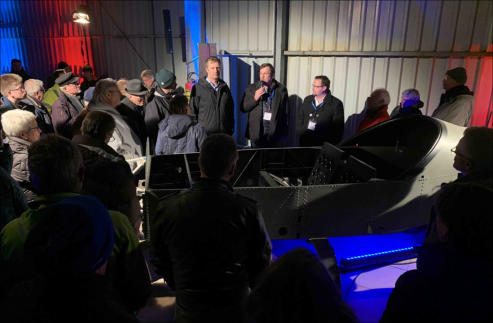 Presentation of the project idea at Lüneburg airfield. The metal construction allows both enough space and a compact installation of an electric drive train, the energy of which is to be obtained from fuel cells. Owner Dirk Ketelsen also operates his own wind farm. which will also produce hydrogen from electricity in the future . There is hardly a better way to use wind energy.  Photo and caption from http://www.electric-flight.eu/

eCap, a German company specializing in systems integration and installation for a diverse range of classic and modern vehicles, will work with Breezer on the first installations.  eCap’s demonstrated ability to convert everything from an antique farm tractor and classic cars (including a DeLorean) to modern buses and delivery trucks shows their range. 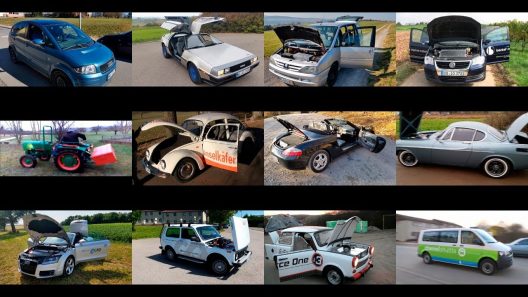 2015 sampling of vehicles converted by eCap

Employing state-of-the-art technology and techniques such as reverse engineering leads to 3D CAD models from which ECap develops prototypes.  Perhaps most important, “eCap works completely independently of exclusive suppliers in the development of subsystems and complete systems. This means that we select and combine the ideal components from a large selection of suppliers and products for all aspects of electromobility in accordance with performance requirements and budgets.”  They work with prototypes, pilot production and small series operations.

Re-Fire is a Chinese creator of fuel cell power plants, producing fuel cells and drives for cars, trucks, and buses.  Their 46-kilowatt powerplant will probably be closest to that needed to fly an ultralight airplane.

Dirk Lehmann, founder of eCap, sees a potential market for his company’s expertise. “For the coming years , we expect a growing need for reliable, safe and environmentally friendly propulsion and conversion solutions for aircraft.”  Although the drive trains will also be offered to other manufacturers, Dirk Ketelsen, managing director of Breezer Aircraft thinks the systems are still too expensive for wide-spread adoption.