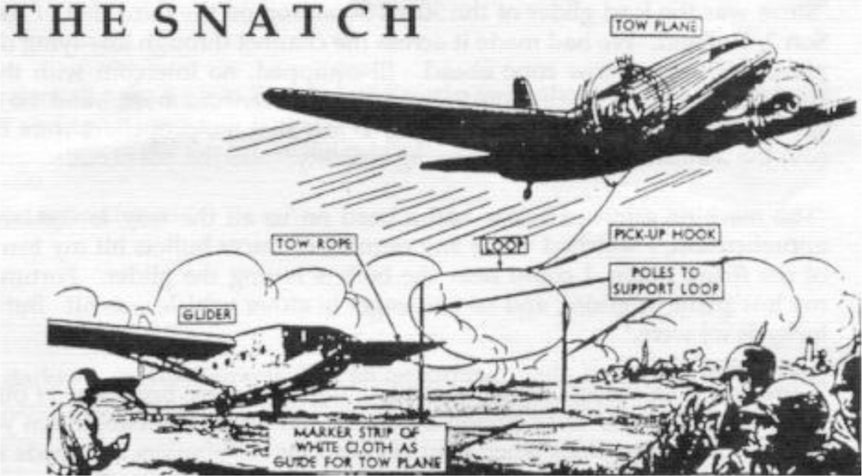 Richard’s concept of launching cargo gliders that would ride the jet stream between continents was suddenly validated before an audience that a few minutes before might have been dazzled and even skeptical of his proposal.  Perlan’s tows behind the recently recruited Grob Egret turboprop towplane made 10,000 feet in 10 minutes a time-to-climb reality, and tows to 40,000 feet allowed rapid exploration of developing air masses over the Patagonian mountains.

The idea of flying large, cargo-carrying gliders goes back to at least Word War Two, with flotillas of Waco CG-4s and British Horsas descending on the French mainland on D-Day. The Russians even had a glider large enough to carry a tank into battle. 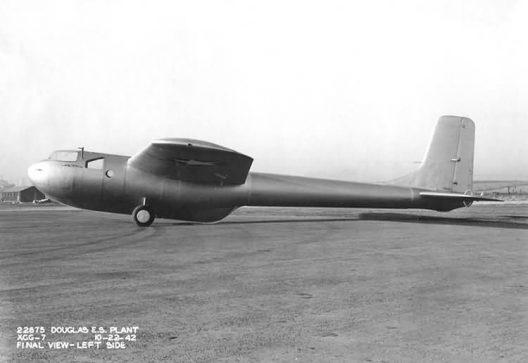 Hawley Bowlus, who had been in on the design of the Spirit of St. Louis and who taught the Lindbergh’s to fly sailplanes at the Tehachapi gliderport where the Workshop is held, was represented by the presence of Jeff Byard’s lovely Baby Albatross in the hangar.  Bowlus designed a large CG-7 cargo glider for the war effort.

These historical antecedents and present-day realities give credibility to the potential Richard’s ideas might have.  The atmospheric realities are now well documented and increasingly understood.  Richard’s depiction of the manner in which jet streams are formed and predicted with some accuracy could make high altitude cargo gliders a scheduled delivery system. 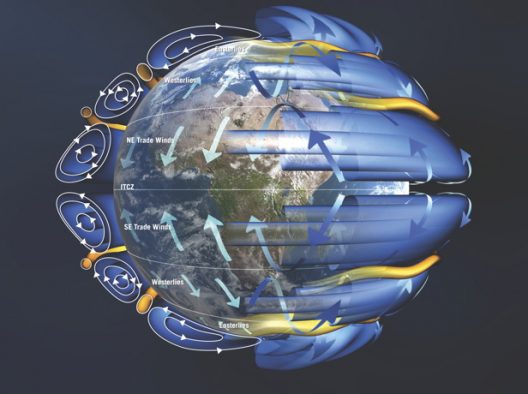 His concept for an autonomous glider that could travel from his example of Chengdu, China to Denver, Colorado in three to 10 days looks a great deal like a 4X Antares H2, with cargo pods replacing the hydrogen tanks under the Lange machine’s wings.  He even foresees using a Perlan research vehicle with self-launching capabilities from an Alexander Schleicher ASG-32’s electric motor system to test out his concepts. 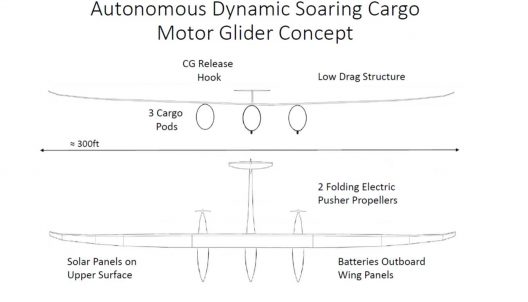 Certainly, current high-altitude drones and projects such as SolarStratos will add to the available knowledge about this high-altitude realm, where Richard’s concept would combine high-altitude tows, dynamic soaring and autonomous guidance to deliver the goods.