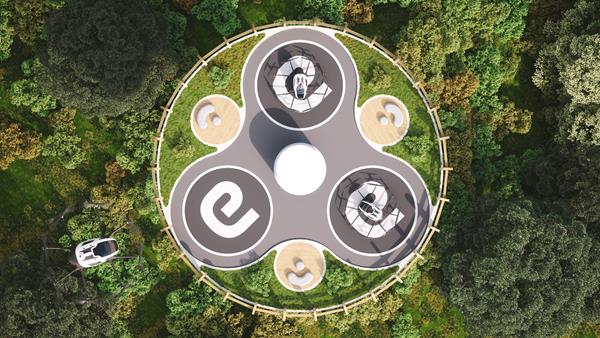 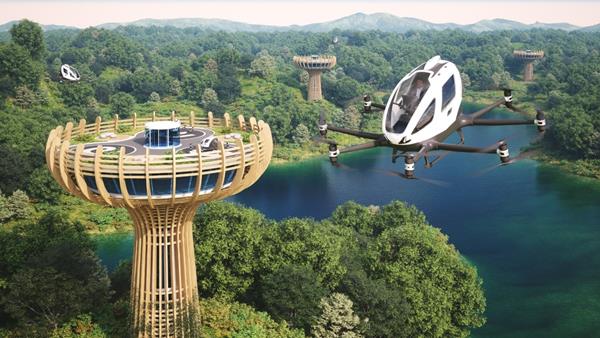 Basing its design on the Baobab tree, native to Madagascar, Africa, and Australia, GZDG’s structure will fit into urban and rural environments equally well.  The 30-meter (98.4-feet) tower, built of laminated wood and steel emulating the shape of the “Tree of Life,” the vertiport will be topped with a multi-purpose landing deck.  The structure will incorporate a waiting room, café, a 200-square-meter (2,153-square-foot) panoramic restaurant and connecting lift.  Non-slip photovoltaic panels will generate over 300 kilowatts of electric power per day. 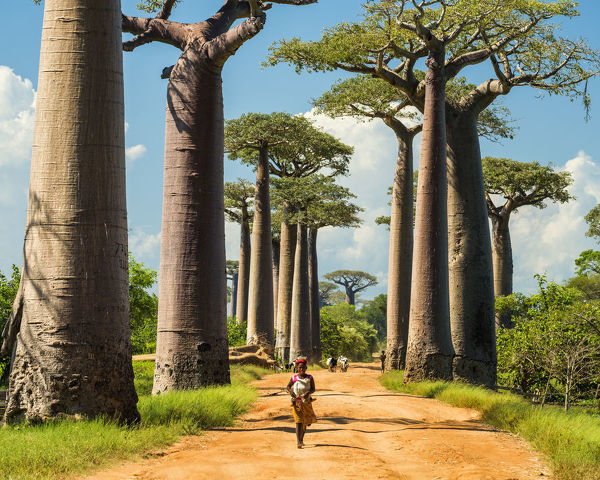 GZDG’s vertiport is a green design made of sustainable construction materials, “and can generate energy to recharge the EH216 passenger-grade AAVs.” According to the partner’s joint press release, “Vertiports will play a significant role in the Urban Air Mobility (UAM) market and the new era of flight. When integrated into the existing transportation infrastructure, vertiports can serve as aerial hubs for tourists.” 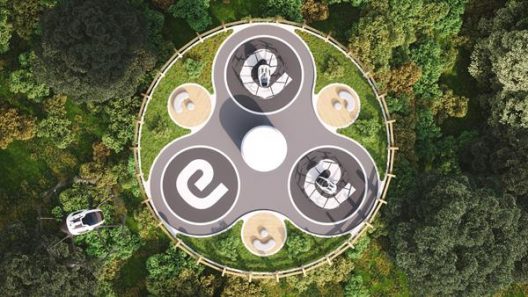 With the first Baobab vertiport being built in Italy, EHang and GZDG aim to enter the emerging global eco-tourism sector, with multiple projects being planned in Europe and Southeast Asia.

eHang is already exploring those projects with a strategic partner based in Hong Kong.

With green building practices and green aviation in partnership, tourism might flourish in a way that is actually helpful for the planet.