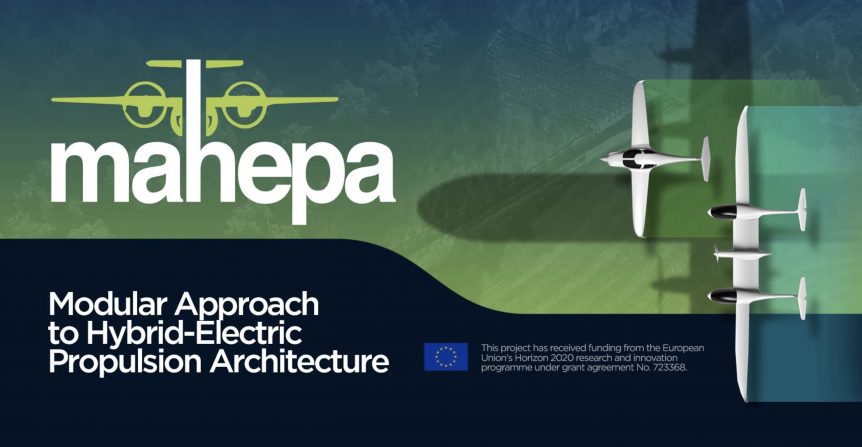 MAHEPA (Modular Aproach to Hybrid-Electric Propulsion Architecture) is a European Union project to build emission-free aircraft.  A public flight of Pipistrel’s HY4 hydrogen-powered, four-seat aircraft was the latest demonstration of the group’s progress.

Horizon magazine reiterates the case for and the issues confronting development of such new vehicles.

A surfeit of talent is ready to tackle those issues, and the variety of approaches is heartening.  For HY4 as it flies currently,  The MAHEPA consortium includes Pipistrel Vertical Solutions, Compact Dynamics, DLR, H2Fly, Politecnico di Milano, TU Delft, University of Maribor and University of Ulm.

Those lucky enough to see the airplane after its Slovenian shakedown flight went to the Stuttgart Airport at the behest of this invitation.  It has, after all, a European-wide permit to fly and we be at the Stuttgart airport until May 2021.

“Dear Sir or Madam, On Friday, December 11th, 2020, the developers and sponsors of the world’s first four-seat hydrogen fuel cell aircraft Hy4 will present the sixth and latest generation of emission-free drive technology to the public at Stuttgart State Airport. The further developed Hy4 recently received a flight permit from the licensing authorities to carry out test flights. In the next ten years, the technology should mature to the point where it can be transferred to 40-seat regional aircraft. Flughafen Stuttgart GmbH, together with Ulm University, H2FLY GmbH and NOW GmbH, cordially invite you to the official presentation of the Hy4. On the occasion of the milestone reached for climate-friendly passenger flights, the Federal Transport Minister Andreas Scheuer (via video message) and the Baden-Württemberg State Transport Minister Winfried Hermann speak. The event will be broadcast live on the h2fly.de website. We look forward to your participation.”

For Those of us unable to make it to Germany for the event, the project personnel thoughtfully made a video for us, a longer visual reprise of the first short video on this blog entry, which at about 1:17:35 dissolves to the current day – evidenced by the face masks worn by all present.  With somewhat extreme social distancing for the camera crews, speakers start Deutsche sprechen at the 1:24:10 mark.  At about 1:53:15, the press conference ends and we get yet another iteration of the HY 4 flying in sunny skies.

MAHEPA’s announcement expanded on the technology and its future possibilities.  “With the renovated and optimized fuel cell system technology developed in MAHEPA and in strong cooperation with multiple national projects, the Hy4 became the most powerful hydrogen fuel cell driven aircraft ever made, directly flying into the next era of air transport. First qualification tests and data dissemination show that the full redundant Hy4 powertrain architecture allows an upscaling of the modular technology.

“MAHEPA consortium of Pipistrel Vertical Solutions, Compact Dynamics, DLR, H2Fly, Politecnico di Milano, TU Delft, University of Maribor and University of Ulm is again demonstrating a pioneering direction towards cleaner air transport in Europe, which will be supported by novel technologies developed in the project.”

In GreenCarCongress’s article, perspicacious reader “SD” comments, “Appears to be 2 Pipistel Taurus self-launching sailplanes put together with a new center wing section with the propulsion system. A somewhat strange and not a very practical aircraft but it was probably a low cost way to get something that would fly. Note that Pipistel builds the Taurus in a battery electric self-launching version with a retracting motor and propeller. They also offer battery electric training and light sport aircraft.”

Because of its demonstrated aerodynamic cleanness, it was well suited for adaptation of hydrogen power, and thus began a second career.

The MAHEPA Project provides a bounty of material on H2 aviation.  Their web site includes a 64-page overview, Towards Climate-Neutral Aviation from the European Commission.  Downloads and Results show even more educational material.

MAHEPA seems to be, in an archaic phrase, going full steam ahead.  We look forward to their further successes.