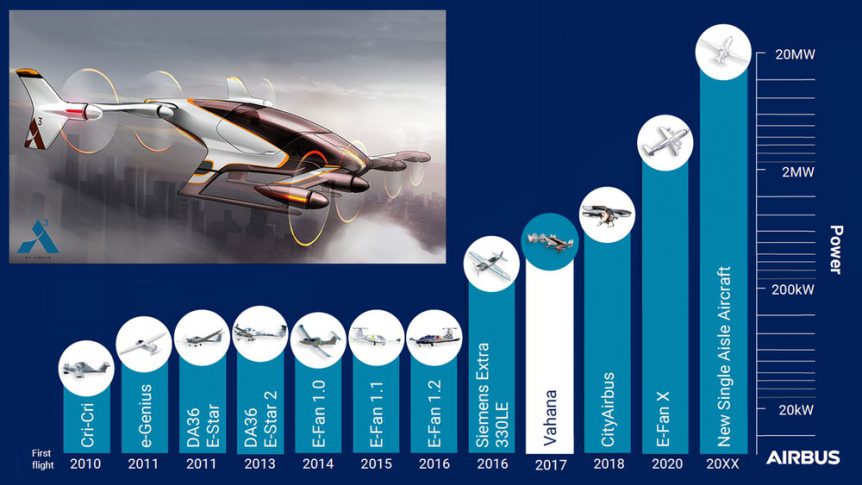 Oregon is a big player in drones and electric aviation, your editor just learned.  Attending the first ever Drone Summit in Bend, Oregon recently, we found that Oregon has three of the seven unpiloted aerial vehicle test ranges in the United State.  It has Boeing-backed Insitu, maker of the Scan Eagle long-range, long-endurance drone now being adapted to civilian uses.  Portland has FlightHouse LLC, manufacturing the canard for Airbus A3’s Vahana project, and the flight vehicle will be tested at the Pendleton Test Range. 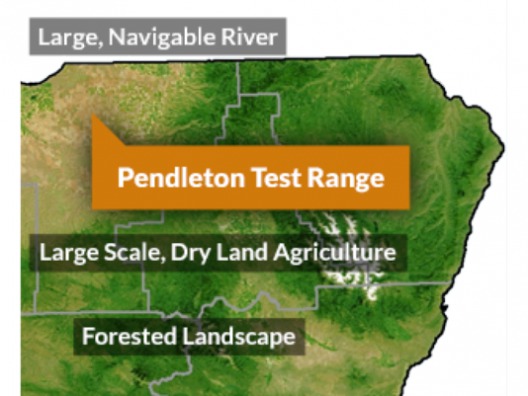 SOAR Oregon sponsored the event, which included speakers, ample networking time, and multiple revelations of the size and scope of drone activity in the state.  Their mission statement is short and sweet.  “SOAR Oregon is a statewide, not for profit Economic Development organization focused on the development of the Unmanned Aircraft Systems (UAS) industry in Oregon.

“SOAR Oregon’s mission is to foster growth in this rapidly evolving industry, connecting diverse industry sectors such as aviation, advanced manufacturing, high tech, software development, education and more.”  The Summit provided ample evidence of their success in fostering these aims.

Herve Hillaire and Zach Lovering from A3 (A Cubed) were on hand to explain to the 200 attendees at the Riverhouse on the Deschutes how they provide Vahana project management and execution for their parent company, Airbus.  Airbus sees the opportunity for commuter and cargo transport in a $150 billion market – and feels they have a suitable vehicle to address it.  Vahana puts wings on a VTOL vehicle and optimizes it for 10 to 150-kilometer jaunts.  They see it as the “Honda Civic to the air taxi world.”

A3 supplies management in disruptive projects, attempting to jump on new technologies and disrupt core businesses – including those of the hand that feeds them.  To speed up projects, which culminate in a product demonstrator in two to four years, they address as many subcontractors as necessary to meet schedule.

Economic factors play a big part in Vahana’s design.  Comparing the cost of $60,000, four-cylinder aircraft engines to the $2,000 motors on Vahana shows that even multiple small motors will not break a tight budget.  Autonomy addresses a current, and probably ongoing pilot shortage.  Airbus can provide a self-piloted, low operating costs aircraft for full scale Urban Air Mobility. This component in cities stressed by daily gridlock on the highways will be a great mitigating factor. 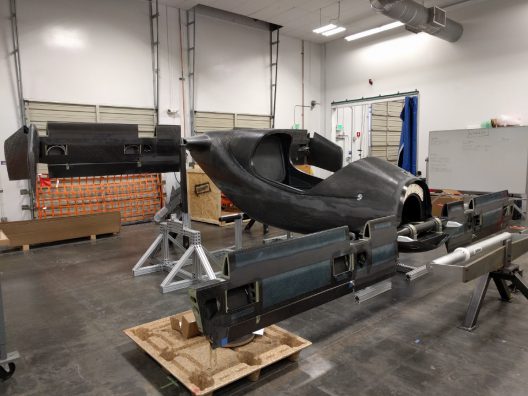 Vahana airframe looks remarkably complete. Now, for the other 90 percent to reach the flight test stage

As noted above, A3′s development process relies on external partners for design and manufacturing.  Airbus looks for partners large enough to limit interfaces between multiple partners, but being small enough for a single supplier to deliver on time.  Airbus provides high-level specifications, enabling subs to find the best path to meeting requirements on time and on budget.  Management maintains dynamic interfaces with suppliers, optimizing efforts “on the go” and even requires that suppliers work collaboratively for best efforts.

Surprisingly, Hillaire and Lovering sourced their suppliers much like others looking for reliable suppliers, finding adequate suppliers through networking, Google searches, and tradeshows, recommendations.  They seek verifiable and relevant references and evaluate responses to their requests for proposals (RFPs) which should include a detailed technical offer that demonstrates an understanding of the specification, a detailed schedule, and a committing price offer.

One supplier, FlightHouse in Portland, Oregon, is making at least the canard for the airframe, which seems to be remarkably complete at this stage.  The team is still looking for appropriate motors, having looked at several European and American suppliers. 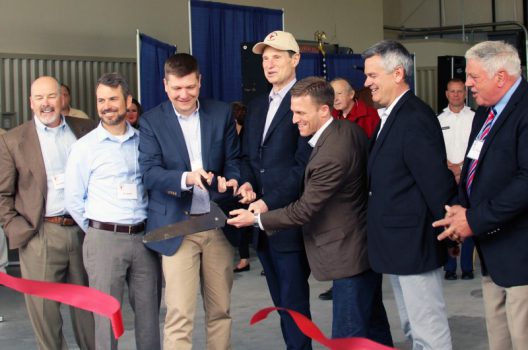 Testing will take place at the Pendleton Test Range in eastern Oregon.  Vahana will be the first occupant of the new hangar at the site and use the mobile command center designed and built to support unmanned aircraft systems.

“From nearly a dozen sites across the western United States that we evaluated, the Pendleton UAS Test Range (PUR) quickly stood out as a premier test location for our unique test program,’ said Jeff Mabry, MTSI Flight Test Lead (Modern Technology Solutions, Inc). ‘We look forward to continued support from PUR and SOAR Oregon as we move toward a successful demonstration.’”

We will look forward to seeing a completed test vehicle cruising the skies of eastern Oregon – perhaps by year’s end.