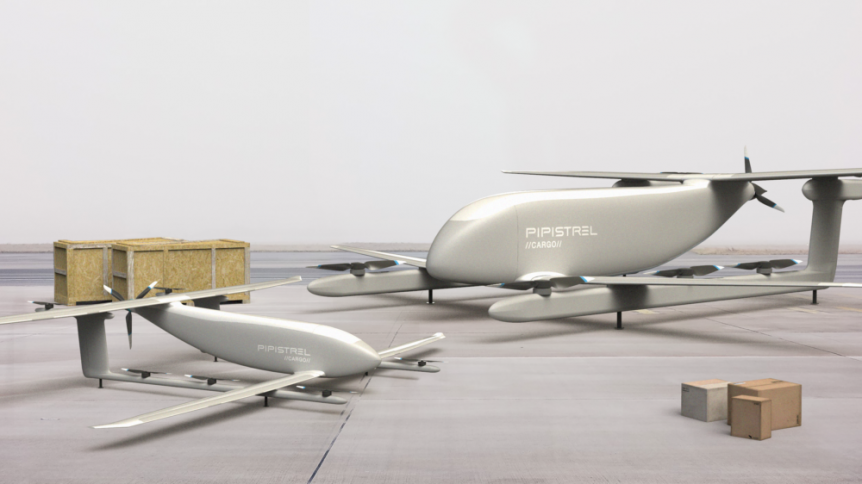 Like the TV commercial of the obviously wealthy couple requesting an architect design a kitchen around their choice of designer faucet, Pipistrel may have designed a cargo aircraft around the ubiquitous EUR-pallet.  Its extraordinary Nuuva V300 can hold three of these 1,200 mm × 800 mm × 144 mm (47.2 in × 31.5 in × 5.7 in) platforms laden with items destined for distant places.  The common dimensions enable planning a load (also considering total weight) that can be inserted into the Nuuva with a standard forklift.  The cargo hold can manage up to 460 kilograms (1,000 pounds) within three cubic meters (106 cubic feet) of space, a little more than an Escalade. 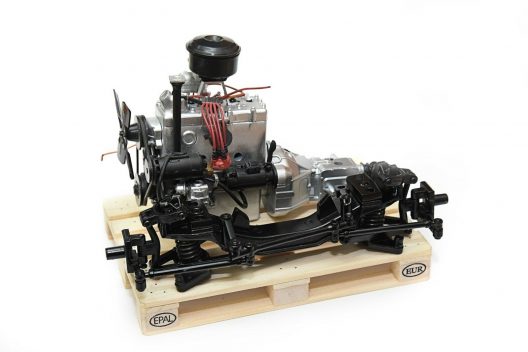 Cargo hold of Nuuva V300 can hold three E-Pals, as they are called

Electricity to Lift, Gasoline to Push

It takes a big vehicle with loads of power to hoist this kind of cargo.  Pipistrel sticks with proven systems for vertical and horizontal flight.  “The Nuuva V300 takes-off and lands using eight independent battery-powered Pipistrel E-811 electric motors, already Type Certified. This revolutionary zero-emission powertrain is entirely liquid-cooled, including the batteries, and has demonstrated the ability to withstand faults, battery thermal runaway events, and crash loads as part of the EASA certification process.  Using eight of the same motors as a Velis, which this last weekend demonstrated its capabilities on a 700-kilometer record attempt, counts as a confidence builder.

Pipistrel reports, “Nuuva V300’s batteries can be charged by simply plugging-in to a SkyChargeTM by Pipistrel and Green Motion charging station.”

Pushing it along is a certified four-stroke fossil-fuel powered engine, quite possibly a Rotax that seems to power much of European aviation.  Fuel consumption of 30 liters (eight gallons) per hour can use a “typical” fuel load of 65 kilograms (143 pounds) to move a load for just under three hours. At a “fast cruise speed” of 220 kilometers per hour (119 knots or 137 mph) that would give a no-reserve range of about 625 kilometers (387 miles) – rounding down for safety’s sake.  A more reasonable economy cruise would allow 165 km/hr or 89 knots (102 mph).  That would still allow 480 miles range or just under 300 miles.  (Note: these calculations are very “loose” and subject to scrutiny.) 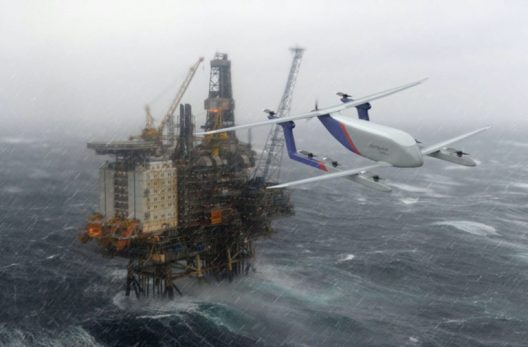 Unpiloted operation will enable hazardous missions without danger to humans

Pipistrel claims an operating cost “10 times lower” than helicopters, which should make these vehicles advantageous for non-profit organizations needing access to remote locations. An illustration shows a Nuuva over stormy seas heading away from an oil platform – reducing hazards for human crews.  As with eHang and Lilium, this fully autonomous flight will be remotely surveyed from the ground, and experience will probably determine the relative proportions of human/machine control.

Pipistrel hastens to note that the Nuuva is not an eVTOL 801, the passenger-carrying Uber-centric Urban Air Mobility machine.  The Nuuva comes from a clean sheet and different design parameters. 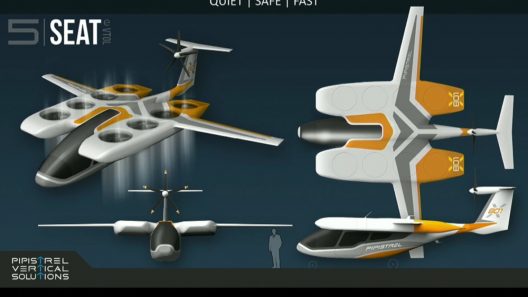 One wonders what Pipistrel has coming next.  Will there be intermediate capacity Nuuvas, hybrid Velis’s, or some other even more advanced technology on its way?