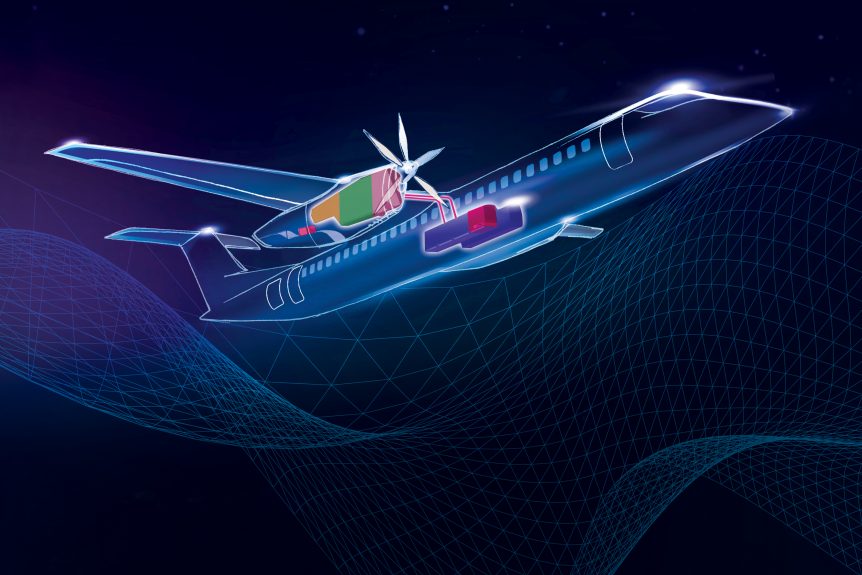 As exciting as the prospect sounds, the new aircraft probably won’t draw a lot of attention on the ramp.  It will look pretty much like a DeHavilland Dash 8-400, a short-to-mid range passenger hauler at just about every commercial airport in the world.  It is, indeed, a Dash 8, converted to a new and innovative hybrid-turbine power system. 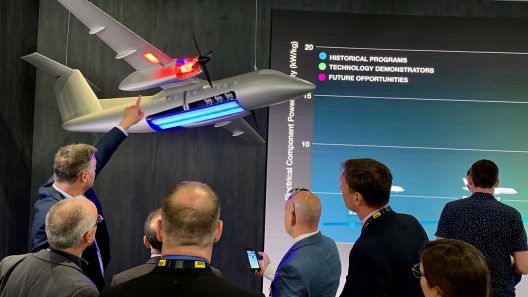 Entering service in 1984 as the Dash 8-100 carrying 37 passengers, the airplane went through different owners and models, reaching today’s 400 series that can haul up to 92 passengers.  DeHavilland delivered 1,258 of all models as of March 31, 2019.  Its ubiquity and solid reputation in service would lead to extending its service with even more reliable powerplants than the turbines pulling it along for the last 35 years.

“904” is the straight-line mileage between Montreal and the Collins Aerospace facility in Rockford, Illinois.  There, UTAP will invest $50 million in a high-voltage laboratory called “The Grid,” a test bed for future electric power plants of up to one megawatt.  Their first project will re-engine and fly a Dash 8-100 with a “two-megawatt class hybrid-electric propulsion system.”

With a tight timeline, things take on a hectic pace typical of a “startup-like organization” that, “disrupts from within.”  The projects will reflect what can be quickly accomplished through the use of existing materials and components driven by experienced workers.  The hybrid power system is probably typical of what we can expect.

United Technologies reports in a white paper, “Its configuration will consist of an engine optimized for cruise efficiency augmented by a battery-powered electric motor to assist during the missions’ 20-minute take off and climb.” 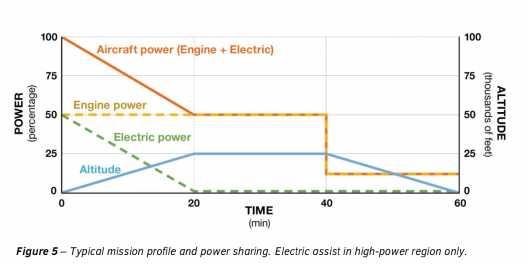 “The engine and electric motor will each generate about 1 megawatt of power in a parallel hybrid configuration. While the battery cells are off-the-shelf, the packaging and battery management system (BMS) are custom-designed for efficiency and to meet necessary safety requirements. This approach could be suitable for a clean-sheet regional design as well as a retrofitted option for existing airframes.”

Pushing an aggressive schedule, UTAP already has a Dash 8 and is working through the preliminary design process, according to UTAP executive director Jason Chua.  He foresees a first flight in late 2021 – ambitious but doable.

Although it will look familiar, the 804 Dash 8 will sound and perform differently.  Collins Aerospace Kelly Ortberg reports, “Our internal UTC studies indicate that commercial electric and hybrid electric propulsion could reduce aircraft noise by up to 85 percent, can improve fuel consumption by up to 40 percent, can reduce carbon dioxide emissions by more than 20 percent and reduce airline operating and maintenance costs by up to 20 percent.”

The UTAP lab will have four independent modular electric power systems labs to be fully operational by 2021.  The 25,000 square foot facility will design and test hybrid-electric propulsion technologies for next-generation business, commercial, military, and urban air mobility aircraft.  Evoking the spirit of a startup, things should happen quickly and with the assurance that great experience provides.