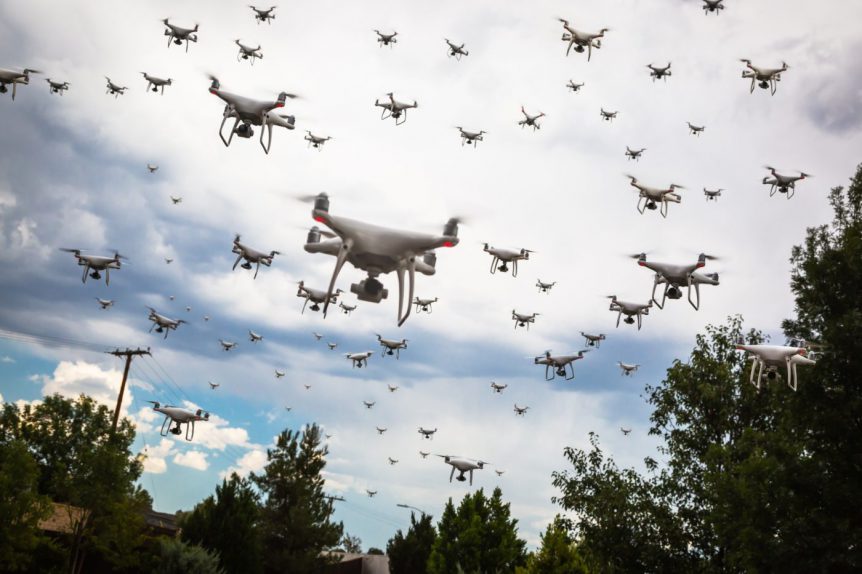 Out of Sight, but Not Out of Mind

Simulyze, Inc. devises data-based application, analysis, and management programs for “Large streams of data from various sources in relation to BVLOS, and visualizes all aspects of multiple flight operations in a single, customized graphical interface,” their Mission Insight application.

BVLOS – Beyond Visual Line of Sight – may become the most important abbreviation in the unmanned aerial system’s (UAS’s) lexicon. It has only been a few years since a George Bye-initiated program put the Silent Falcon solar-assisted drone on missions in Canada by Silent Vectors. Those missions involved checking on the health of oil and natural gas pipelines, surveilling wildfires, and daring other far-flung forays. Obviously, having a drone beyond visual and radio range means relying on its programming and autonomous abilities – a great deal like trusting a homing pigeon to find its way home. 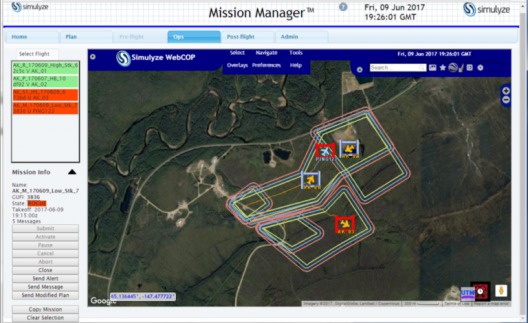 This screenshot from Simulyze’s Mission Insight application shows four aircraft flying in close proximity, including BVLOS operations; two of four UAS are shown operating outside of their respective flight volumes, and notification is sent to the violating operator as well to other operators in the area. Simulyze Photo

Simulyze’s CEO Kevin Gallagher advises, “To effectively and safely do BVLOS, you need to plan; you need to coordinate UAS [unmanned aircraft systems] into the airspace. Then during flight, you need proactive situational awareness – so you know everything around you and what’s going on, so you can actively monitor flight.”

Lack of Situational Awareness Can be Dangerous

“The Canadian transport minister announced Sunday that a drone recently collided with a commercial aircraft, marking a first in North America.  The collision took place Thursday, when a Skyjet aircraft, a Beech King Air with 10 on board was on its final descent into the Jean Lesage International Airport in Quebec City.”

Drones can pop up in front of even the most conscientious pilot too quickly to avoid, and whether the UAS is accidentally or deliberately vectored into the oncoming plane is almost incidental. Anything that can keep two UASs or an airplane and a UAS apart is much to be desired.

Another element in UAS control is the maximum ceiling for operation. To fly around urban and suburban areas does not require high cruising altitudes, and most plans for future airspace control lock delivery-type UASs into a low altitude arena. This also raises the density of traffic in any given area, making big data a necessary function of any control system.  As researchers at NASA’s Ames Research Center at Moffett Field have predicted and promoted, “The two main mantras of UTM include (1) flexibility where possible and structure where necessary and (2) a risk-based approach where geographical assets and UAS use cases will indicate the performance required to operate in the airspace.” 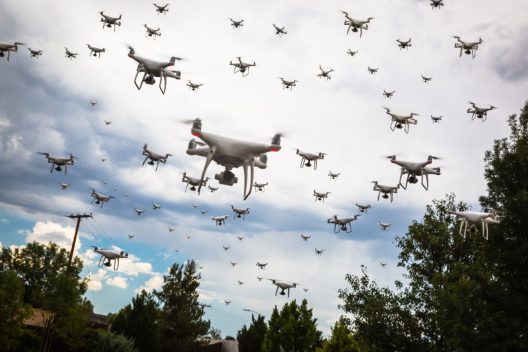 With emergency response drones, delivery drones, and hobbyists competing for space, how will we control future skies?

Simulyze responds to this premise with their Mission Insight platform, incorporating planning and situational awareness. This will enable operators to file flight plans and reduce scatter-shot randomness of spontaneous occurrences. At the same time, monitoring of aircraft status, position and platform health will help assure safe delivery of everyone’s pizza or consumer device with great security and the lowest danger to those in the air or on the ground. “Simulyze believes data management is the key to UAS pilots flying safely BVLOS in the same airspace as other UAVs and manned aircraft.”

As with jazz, what sounds like improvisation is often formed on a solid, well-rehearsed base that enables occasional departures from the score, but relies always on careful planning and disciplined execution.