Its 14 kilogram (30.8 pound), 85 kilowatt (114 horsepower) motor already graces the nose of the PIpistrel WattsUp, and Siemens seems to have expanded its aeronautical offerings with its new 50 kilogram (110 pound), 260 kilowatt (348.5 hp.) unit.  According to Dr. Frank Anton, Head of eAircraft at Siemens Corporate Technology, the new motor “make[s] it possible to build series hybrid-electric aircraft with four or more seats.” 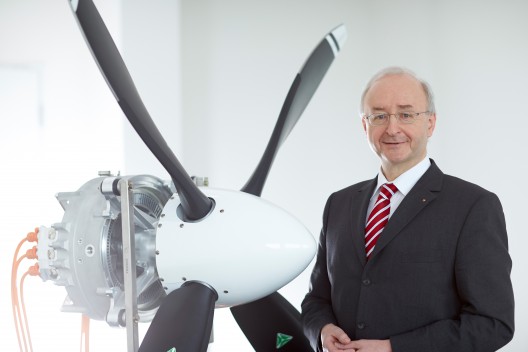 Siemens claims a world record of five kilowatts per kilogram, although Roman Susnik, with his Emrax motors pulling close to 10 kilowatts per kilogram, might contest that, and LaunchPoint is working toward eclipsing that mark.  To be fair, it’s certainly a giant boost over the power-to-weight ratio of most industrial-type electric motors, which Siemens also produces in large numbers. The company, according to its press release, intends to start flight testing the new motor before the end of this year, and hopes to increase output even more.

In 2013, Siemens partnered with Airbus and Diamond Aircraft to work on new electric propulsion system, conducting flight tests of a 60 kW series hybrid-electric drive on a DA36 E-Star 2 motor glider.  In series-hybrid form, the new motor could power electric aircraft up to two tons for the first time.   In hybrid or battery-only form, Siemens motors enable lighter airframes or greater payloads, especially important as electric aircraft attempt to gain parity with their fossil-fuel cousins.

The motor’s high torque and power output at 2,500 or few revolution per minute enable direct drive to a big propeller, further saving weight.  Dr. Anton thinks this points toward a future in which, “the use of hybrid-electric drives in regional airliners with 50 to 100 passengers is a real medium-term possibility.”