He currently leads the “Smart Skies” unmanned aerial systems flight-testing program and is working on his Master’s Thesis.

At the Twenty-Fourth Bristol International Unmanned Air Vehicle Systems Conference, in 2009, Bristol United Kingdom he presented a detailed paper on a parallel hybrid system using off the shelf model aircraft components he and his associates designed and tested. “Multimodal Hybrid Powerplant for Unmanned Aerial Systems (UAS) Robotics” shows the use of an OS 10 cc model airplane engine, combined with a Plettenberg 220 motor. His group found that climb rates of the combined powerplants were improved 56 percent over that for an internal-combustion engine only, and that endurance increased by 13 percent, based on the combined efficiencies of the hybrid components. 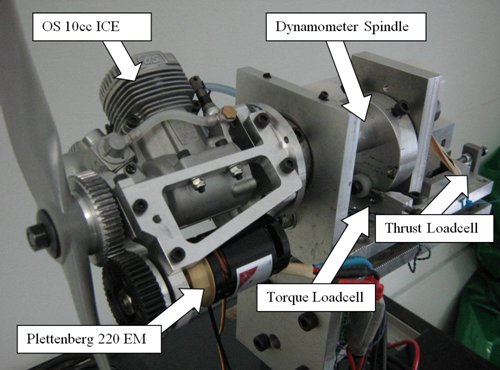 Richard is a regular reader of the CAFE blog and would like to exchange ideas with other designers and engineers.  He is open to critiques of his paper from qualified individuals.

For those like me with shorter attention spans, another paper, “Design, Modelling and Measurement of Hybrid Powerplant for Unmanned Aerial Systems (UAS),” covers much of the same terrain in a more compact format.

Richard also shares another paper from the Renewable and Sustainable Energy Institute, (RASEI), at the University of Colorado’s National Renewable Energy Laboratory (NREL).

“Hybrid Propulsion System for UAVs,” by Professor Jean N. Koster with Aerospace Engineering Sciences at the University, deals with a parallel hybrid system, in which both power units drive the propeller. As with Dr. Andrew Frank and Greg Stevenson’s system described in their paper at EAS IV, all these systems have common arrangements of components.

Richard helps organize the UAV Challenge every year, and this year’s competition, Outback Rescue 2010, has opportunities for delivery of needed payloads to an outback location, robotic delivery of payloads, and a search and rescue mission – finding Outback Bob and getting help to him. The contest is held September 27 through 30 this year.

Since many of the model aircraft engines, especially four-stroke models, are somewhat small, Richard has high hopes for Ricardo’s new heavy fuel, spark ignition engine, the Ricardo Wolverine. The twin-cylinder, three-horsepower unit is designed specifically for UAV use and could be adapted to hybrid use. The wide range of electric motors available would allow optimizing the performance and economy of many combinations using this engine. 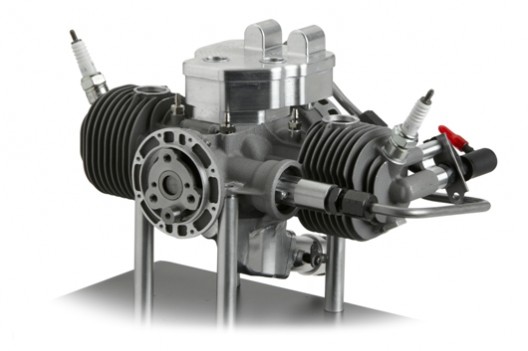 Finally, Richard reports,“We had an interesting day with one of our UAVs the other week. This particular machine; is basically a powered sailplane, and we found ourselves with a nice thermic day and good clouds directly in front of the base station. So we commanded a descent (which puts the engine to idle and regulates the airspeed) but manoeuvred in autonomous mode under the clouds. We climbed several thousand feet and added half an hour to the endurance before deciding to land. This particular UAV will be a prime candidate for hybridization since we have to carry a large proportion of battery, but cannot carry full fuel due to runway take off performance limitations. An onboard generator combined with boost power for take-off will likely improve our endurance by 100%.” 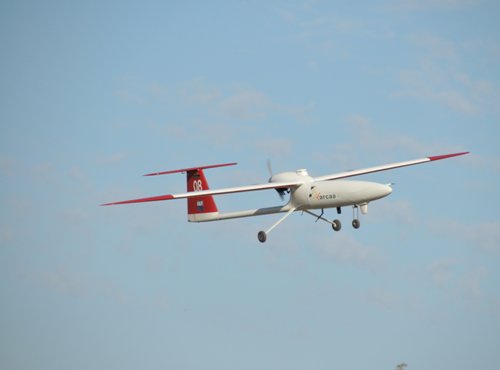 Thank you, Richard, for the excellent input on off-the-shelf hybrids.