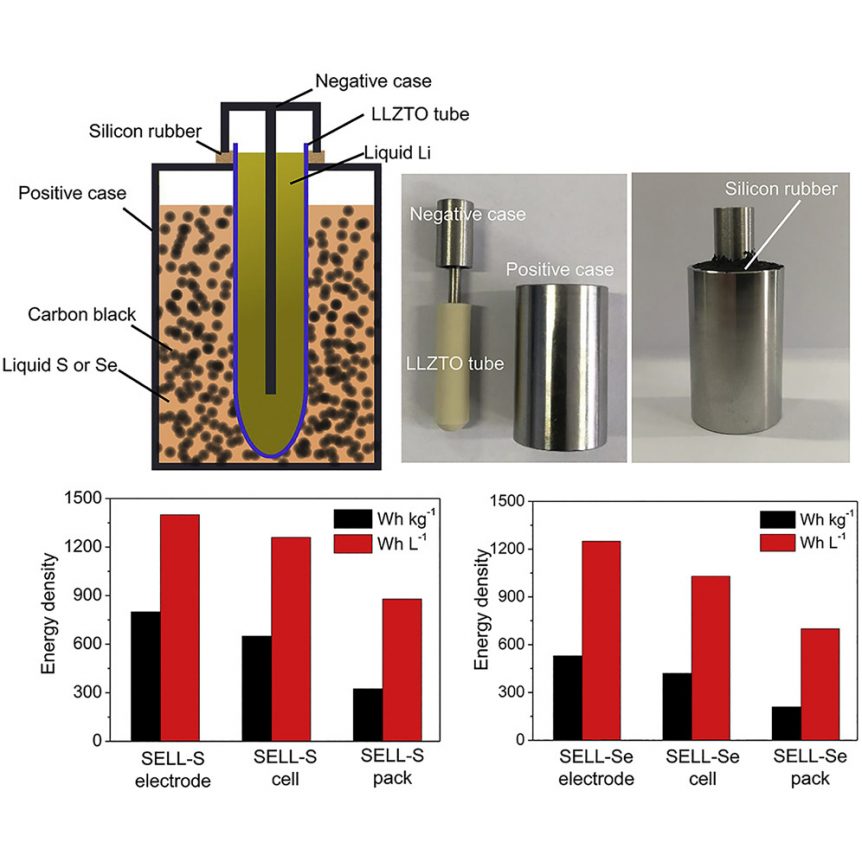 In battery making, recipes for electrolytes play an important part of the whole.  In a new formula whipped up by Zhengzhou University, Tsinghua University and Stanford University, Lithium (Li), Lanthanum (La), Zirconium (Zr), Tantalum (Ta), and Oxygen (O) form a ceramic tube as the battery’s electrolyte.  This tube is centered in new solid state Lithium Sulfur and Lithium Selenium batteries.

Researchers filled that tube with a liquid lithium electrode, and immersed the tube in a bath of carbon black and liquid selenium or sulfur in a stainless steel container. 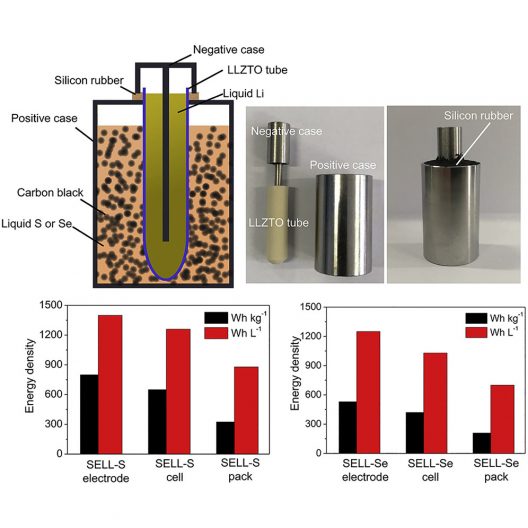 The team’s paper, “High Energy-Density Solid Electrolyte-Based Liquid Li-S and Li-Se Batteries,” published in the October 15 edition of Joule, explains the new batteries should be capable of delivering energy densities of around 2,600 Watt-hours per kilogram for the lithium-sulfur chemistry and 1,160 Wh/kg. for lithium-selenium.   Currently, researchers have achieve 500 Wh/kg, double the best Li packs today.  This can be achieved at cost of $41 per kilowatt-hour for the Li-Se battery and $15 per kW-hr for the sulfur-based version.

The abstract for the paper reads: “Lithium-sulfur (Li-S) and Lithium-selenium (Li-Se) batteries are considered as promising candidates for next-generation battery technologies, as they have high energy density and low cost. However, due to the use of a solid Li-metal anode and a liquid organic electrolyte, the current Li-S and Li-Se batteries face several issues in terms of Coulombic efficiency and cycling stability, which seriously impeded their development. Here, we report solid-electrolyte-based liquid Li-S and Li-Se (SELL-S and SELL-Se in short) batteries. The batteries use a Li 6.4La 3Zr 1.4Ta 0.6O 12 (LLZTO) ceramic tube as electrolyte and work at temperatures higher than the melting point of Li; thus, polysulfide or polyselenide shuttle effects and Li dendrite growth are effectively prevented, and high energy density, together with high stability, fast charge/discharge capability, high Coulombic efficiency, and high energy efficiency, can be achieved. The SELL-S and SELL-Se batteries provide broader platforms for constructing high-energy, high-power, long-lifetime, and low-cost energy storage.” 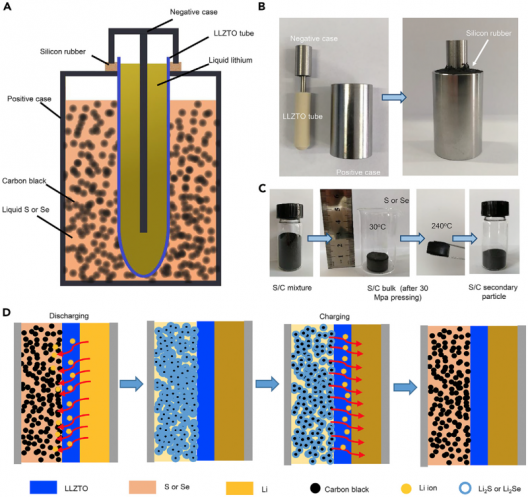 The combination of low cost and high output could be a real winner in the commercial market, and would open the way for large-scale energy storage for wind and solar power.  Now only at the laboratory stage, the promising technology makes one hope this can be quickly scaled up and adopted by significant users.

Batteries in which lithium is a major factor may become costly to produce in the United States, which is ninth in the world’s use of the metal for batteries.  Spreading that cost among other, cheaper materials might help.

It must take minute amounts of certain of these materials to enable low costs for SELL-S and SELL-Se batteries.  We hope researchers can find ways manufacture such cells on an equally economic basis.