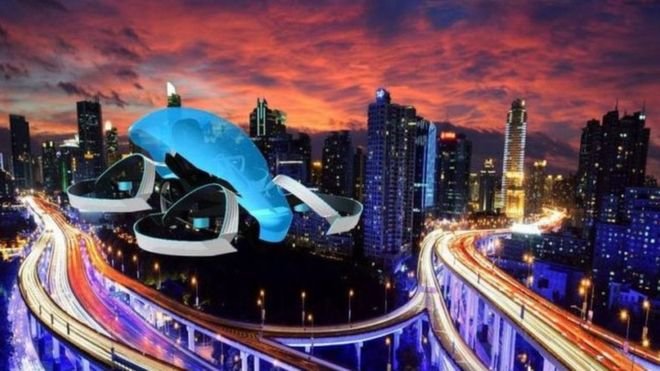 Cartivator, a startup with seemingly boundless energy and endless ideas, hopes to use its Skydrive single-person “flying car” to light the Olympic flame in 2020.  The compact vehicle, claimed to be the smallest flying car in the world, is a tricycle which can traverse roads efficiently.  When confronted by hazards or traffic jams, it can lower its propeller guards and hop over the inconveniences along the way. 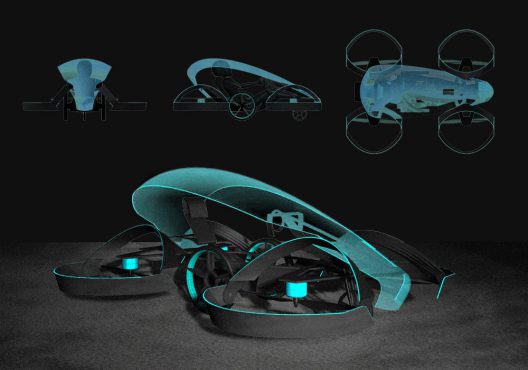 Cartivator’s Skydrive concept comes from a group of Toyota volunteers

Cartivator Resource Management (CRM) describes itself as “mainly young engineers and venture parties” volunteering, “To carry out the development of the flying car” with the aim of lighting the torch at the Tokyo Olympic Games and Paralympic Games opening ceremony of 2020.  The team pledges, “We will work to accelerate the further technology development.”

One of Cartivator’s promotional videos shows a couple using the vehicle to dodge fallen trees, narrow roads, and allow grandma to visit the grandkids in a distant valley.  Rural roads in Japan are tough going.

The second gives a brief overview of Cartivator’s development and ends with a vision of the planned flight to start the Olympics.  The height reached in this video seems greater than the 10-meter ceiling stated by the designers.

At 2.9 meters (9.5 feet) in length, the Cartivator Skydrive is 1.3 meters (4.26 feet) in width and only 1.1 meters (3.6 feet) high, looking beetle-like as it zooms along a roadway at a target speed of 150 kilometers per hour (93 mph).  This would seem pretty exhilarating for the driver, with his or her posterior only inches above the asphalt.  In flight mode, Cartivator is relatively sedate, moving at a maximum of only 100 kilometers per hour (62 mph).  No weight is given.

The web site lists three features, including the vehicle’s small size, its ability to take off from a public road, and its ability “to be controlled by intuitive operation.”  The latter will be a great leap forward, since many of the team’s videos show their creation flipping over or crashing.  Maintaining stability in flight is obviously not a trivial pursuit with these machines.

Having managed early phases through crowd funding efforts, the group recently received a 40 million yen ($274,000) contribution from Toyota Motors.  That should spur the team to even greater acceleration of their technology development.

We wish the group well, and look forward to a spectacular opening for the 2020 Olympics.