At least two Cessna 337s are flying on modified power systems – one with Ampaire in various locations around the world and one in France.  VoltAero’s French Cessna push-pull twin has been turned into a tri-motor, with twin motors sprouting from the front of the craft’s tail booms.  Like its American counterpart, VoltAero’s machine is a test bed for the planned power system that will mark its successor.

VoltAero reveals its coming aircraft will feature a “barrel”-type arrangement of three 60 kilowatt electric motors ringing a central internal-combustion (thermal) engine.  Jean Botti, CEO of VoltAero, explains the motor configuration is well-proven, having flown in the Cassio 1 demonstrator (the Cessna) since October last year.  Since then, it’s been flown around a series of airports in France, racking up over 3,000 kilometers (1,864 miles) in 10 hops visiting 11 cities.

Later versions of the Cassio design will feature the 330 kW hybrid arrangement of Cassio 1, producing 442 horsepower.  Later versions will produce 480 kW (644 hp.) and 600 kW (805 hp.) for the six and ten-seat modular expansions.  The latter will cruise at 200 knots (360 kilometers per hour or 230 mph).  Each of the craft will feature significantly lower operating costs than fossil-fuel rivals.

At a small gathering on October 21, 2020, Jean Botti let his select audience hear just how quietly his Cassio 1 could traverse the skies over France.  The video is a bit long and has lapses common to a live presentation, so follow the timing marks below:

Between 16:50 and 40:30, Botti delivers a presentation on the salient points of his demonstration aircraft.

In the short interval from 1:25 to 1:29:20, both craft fly overhead, again demonstrating a significant difference in sound level. 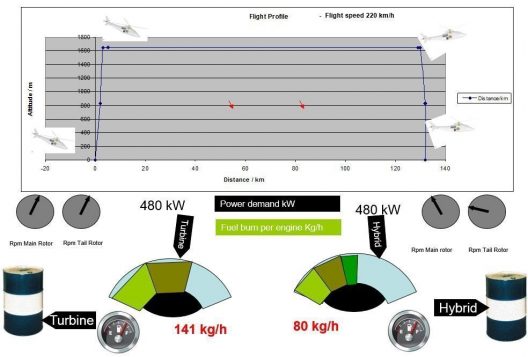 VoltAero makes several claims for the power system, including:

The team has a history and a series of demonstrated accomplishments

VoltAero CEO and Chief Technology Officer Jean Botti and Technical Director Didier Esteyne have a history with electric aircraft, ranging from making a four-motor Cri-Cri that flew at the Paris Air Show to developing Airbus’ eFan range.  Their latest effort shows they are willing to explore new ways of electrifying flight.