The Blog recently reported on the brilliant work of twin high school students involved with the Brookhaven Institute in creating catalysts with a molybdenum-soy base (MoSoy) that could lead to inexpensive energy storage.

Now we learn of efforts at Washington State University at Pullman in eastern Washington state to develop batteries with greater energy and prevent battery fires using the humble soy bean as a base material.

Grant Norton, professor in the School of Mechanical and Materials Engineering, is proud of his new lab, designed to build and test lithium battery materials in commercial sizes.   “The new laboratory allows us to scale up our research to work that is commercially relevant.’’

Norton works on tin-based electrodes, among other things, while a group of researchers led by Dr. Katie Zhong, a professor in the school, shares the lab’s equipment.  She and her graduate students are investigating solid lithium battery electrolytes such as a bio-based solid electrolyte made from environmentally friendly soy protein and a gum-like electrolyte with thermal protection capabilities. 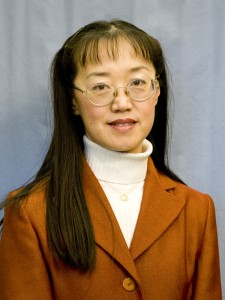 Well-recognized for her work in linking biologically-based substances with high-tech materials, Zhong earned Westinghouse Distinguished Professor, 2012 and The Dow Chemical Composites Educator of the Year 2011 honors from the Society of Professional Engineers.

Such recognition helped Tracy (Jianying) Ji’s advisor in China to counsel her to join Zhong at WSU in 2009.  A Ph.D. student, Ji has been recognized as the Boeing and Flightglobal Engineering Student of the Year (ESOYA). It is the first time that a WSU student has received the prestigious award.  It’s been a productive time for the young student, with eight published papers and on patent applications to her credit.

Zhong and Li are working on the “environmentally friendly” soy electrolyte, partly to eliminate problems caused by the more common liquid acid solutions found in lithium batteries, which can leak and create hazards.  “In some portable electronics, the batteries can reach temperature as hot as 200 degree Celsius — hot enough to cook eggs,” says Zhong. “That’s a big safety concern.”

WSU explains, “Electrolytes are the part of the battery that allows for the movement of lithium ions between the anode and the cathode to create electricity. Usually, electrolytes are liquid acid solutions, which can leak and create a fire or chemical burn hazard. Zhong’s electrolytes are solid and lighter weight. They would make next-generation lithium batteries lighter, safer and more environmentally friendly than batteries using today’s technology.” 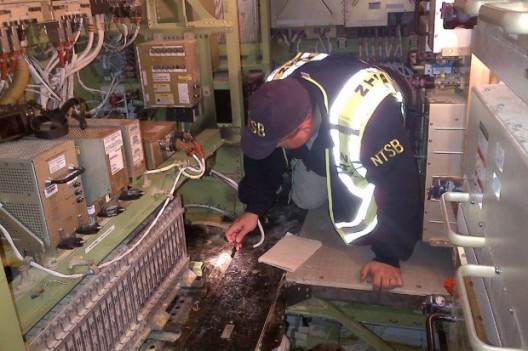 The Economist’s “Babbage” column explains Zhong’s interest.  Recent grounding of the entire Boeing 787 fleet because of battery fires caused her to reflect on the idea that, “A more comforting idea… would be to build a lithium-ion battery that could not burst into flames in the first place.”

She was alerted to such issues in 2006 when a single 787 battery ignited while being tested and started a fire that destroyed a 10,000-square-foot building in Arizona.

The Economist reports, “In the wake of such incidents Dr Zhong realized that her biomaterial electrolyte might also be suitable for use in aircraft. The soy-based electrolyte is reassuringly inert, thermally stable and not prone to explosion. As a solid, it resists the kind of physical damage that can cause short circuits. It is also lighter than an equivalent liquid electrolyte, and does not require the same heavy protection against corrosive leaks (or explosions).”

“For the last few years,” according to the magazine, “she has been working on battery technology for flexible and bendable electronic gadgets. By blending a polymer called polyethylene oxide (PEO) with natural soy protein, she had made a solid electrolyte for lithium ion batteries that could be bent or stretched to twice its normal size without affecting its performance.”

Dr. Zhong bio-electrolyte works around these issues with clever chemical engineering.  The soy protein goes through a chemical denaturing process to “disrupt its folded structure and make it attractive to the lithium ions.”  Once this bonding takes place, the denatured soy and PEO are blended “to form an amorphous structure with uneven distribution of electrons, which facilitates the movement of ions. The tacky biomaterial also adheres easily to the electrodes.”

Now receiving funding from Washington State’s Joint Center for Aerospace Technology Innovation, she is creating an electrolyte with “the performance of a liquid and the safety of a solid.”

This would be great news for Boeing’s electric airline program and to developers everywhere.