Singapore is only 276.5 square miles, about 27 miles long, and has five and a half million people, according to Wikipedia.  It’s an enormously productive country with an excellent education program from kindergarten on up to graduate schools.  Recently, one of those graduate programs announced an “ultra-fast charging batter[y] that can be recharged up to 70 per cent in only two minutes.” 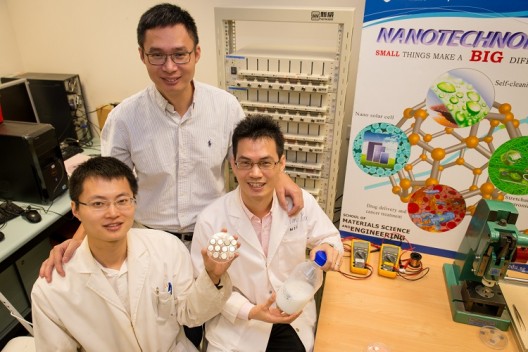 This breakthrough from Nanyang Technology University (NTU) is also claimed to have a 20-year lifespan, 10 times that of existing lithium-ion cells.

Part of the new battery’s success comes from replacement of the traditional graphite anode with a new gel materal made from titanium dioxide, “an abundant, cheap and safe material found in soil. It is commonly used as a food additive or in sunscreen lotions to absorb harmful ultraviolet rays.”  Although naturally found in spherical shape, titanium dioxide was rolled into nanotubes thousands of times thinner than the diameter of a human hair by the NTU researchers. The nano sizing enables speeding up the battery’s charging.  The gel, created by Associate Professor Chen Xiaodong from NTU’s School of Materials Science and Engineering, is described in the latest issue of Advanced Materials.

The new cross-linked titanium dioxide nanotube-based electrodes eliminate the need for additives normally used in lithium-ion batteries and can pack more energy into the same amount of space.  It’s also easy to manufacture, with titanium dioxide and sodium hydroxide “mixed together and stirred under a certain temperature so battery manufacturers will find it easy to integrate the new gel into their current production processes.”

Researchers are reticent about giving hard numbers for energy density, but suggest that the batteries will be smaller than current li-ion cells for the same amount of storage.

Prof Chen and his team will apply for a Proof-of-Concept grant to build a large-scale battery prototype. With the help of NTUitive, a wholly-owned subsidiary of NTU set up to support NTU start-ups, the patented technology has already attracted interest from the industry.  This seems to be on a fast track, with marketing expected in the next two years.

The University reports Professor Chen as saying, “Electric cars will be able to increase their range dramatically, with just five minutes of charging, which is on par with the time needed to pump petrol for current cars.”

“Equally important, we can now drastically cut down the toxic waste generated by disposed batteries, since our batteries last ten times longer than the current generation of lithium-ion batteries.”  This would lead to savings of at least one $5,000 or more battery change in the life of an EV.

The University has more than one reason to be proud.  “NTU professor Rachid Yazami, the co-inventor of the lithium-graphite anode 30 years ago that is used in today’s lithium-ion batteries, said Prof Chen’s invention is the next big leap in battery technology.”

“’While the cost of lithium-ion batteries has been significantly reduced and its performance improved since Sony commercialized it in 1991, the market is fast expanding towards new applications in electric mobility and energy storage,’ said Prof Yazami, who is not involved in Prof Chen’s research project.”