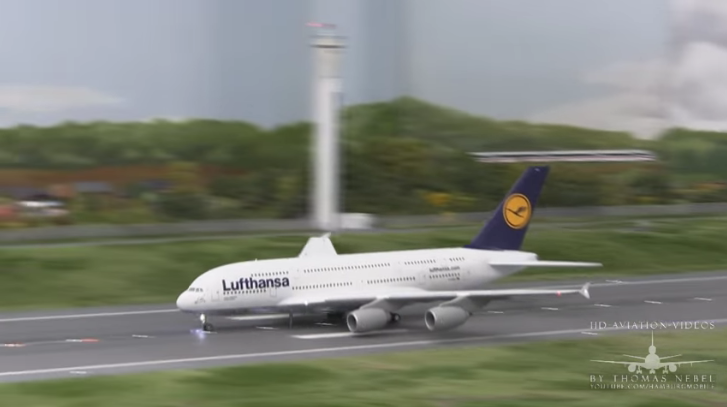 Your editor has several friends who lay claim to the appellation, “ferroequinologist,” (student of the iron horse), meaning they fancy miniature trains and the layouts that support them.  One friend helped construct a layout that takes up most of a good-sized building in Portland, Oregon – but even he would be dumbfounded by the massive installation in Hamburg, Germany – which includes an international airport in its midst that accounts for 180 takeoffs and landings per day and handles 1.2 million “passengers” per year.

Blogmeister Klaus Burkhard oversees a wonderful web site based primarily on ultralight sailplanes.  His writings have alerted your editor to the twin-motor self-launching ultralight Holliday Obrecht and his compatriots are building at EAA Chapter 309 in Charlotte, North Carolina; Snow White, an electrically-powered flying wing inspired by the Horton Brothers, and produced an expansive entry on the Volocopter that included detailed photographs and specifications. 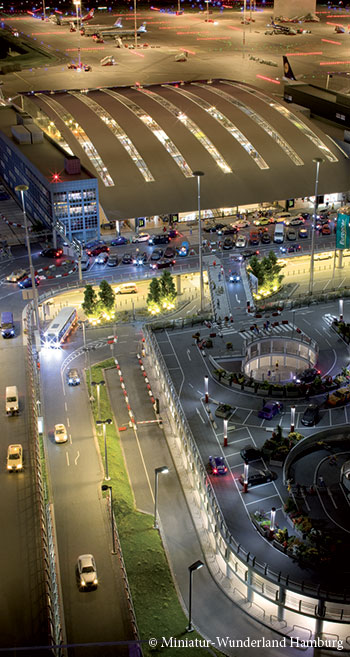 1.2 really small passengers fly through this terminal every year

A recent entry on Hamburg’s Miniatur-Wunderland told of the remarkable airport that has aircraft landing and taking off on slender wires, appearing from and disappearing into “clouds” at the ends of the runway.  This particular airport may be the only opportunity for plane spotters to see a Concorde “fly” several times a day, along with a Super Constellation – one of Burkhard’s favorites; an AN-124, and Red Bull’s DC-6B.  The mix of aircraft is a tribute to the designers’ interest in providing a grand fantasy experience.

One of the cleverest bits of execution in all this is the trade-off from the two rods that hold the airplanes in place as they approach and depart the 14-meter (46-feet) runway to the link that connects to the nose wheel and guides the aircraft along as it taxis.  This part is similar to the nose-wheel or main gear motored devices that allow real jets to turn their engines off while on the ground.

The imaginary Knuffingen International Airport operates 365 days a year, encapsulating its own 20-minute “days” into repetitions of its well-choreographed routines.  With orderly precision in the comings and goings of its aircraft, the site’s access roads and parking lots resemble the chaotic bustle of real-world airports.   Service trucks perform all the tasks one would see at a grand airport.

Go to the link above to read Klaus’s detailed review of this imaginative and beautifully done layout.  The airport at 125 square meters (1,345.5 square feet) is a small part of the overall Wunderland, which will eventually cover 2,300 square meters (24,757 square feet).  It seems well worth the 13 euro (about $14.15) entrance fee.

When you visit Klaus’s site, be sure to check out his literary recommendations.  He’s also quite a bibliophile and avid collector of aviation literature.