According to Wikipedia, Audi’s R18 e-tron quattro is a hybrid version of the R18 ultra, with a Williams Hybrid Power-designed flywheel accumulator system for energy storage which delivers 500 kiloJoules (about 10.8 horsepower for one second) to the front wheels via an electric motor, giving the car four (quattro) wheel drive. The system, as per the regulations, is only available at speeds above 120 km/h (75 mph). 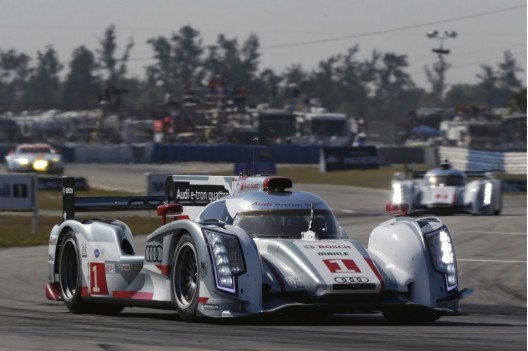 The car is fitted with a smaller 58 liter (15.3 U. S. gallon) fuel tank, which might account for some of the 34 pit stops for the winning entry, despite lower fuel consumption promised by the hybrid system.

The e-tron has six driver selectable automatic modes on the steering wheel, allowing short bursts of power when accelerating from corners.  A sophisticated form of traction control, it can be set for wet weather and other track conditions to take full advantage of the briefly-added horsepower.

Toyota used a battery-type hybrid for its TS030, achieving what they described as “an emotional runners-up finish in the Le Mans 24 Hours after a rollercoaster race which saw drivers and team overcome immense challenges.” 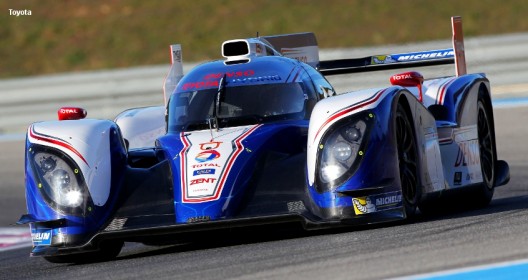 The #7’s fourth place finish was perhaps the most satisfying, since it experienced “loss of fuel pressure early in the race, a slow in-lap to conserve fuel and two and two precautionary tire changes when sensors indicated slow punctures,” according to Toyota.

“With just over an hour to go, the #7 was in a thrilling battle for third until a very heavy rain shower made track conditions virtually impossible. Nicolas could do little to prevent his TS030 HYBRID sliding off the track and into the barriers.

Nico bravely brought the car back to the pits and superb work from his crew repaired the heavy damage to the front bodywork and suspension within 30 minutes. That allowed him to take the flag in fourth place.”

Despite all that, the #7 TS030 finished within seven laps of the winning Audi, having pitted only 29 times despite its difficulties. 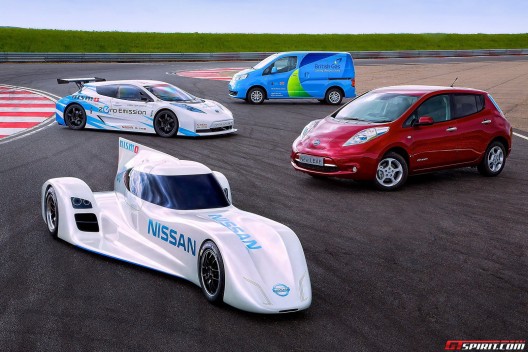 The usual refrain, “Just wait until next year,” may not be so plaintive this year, as Nissan prepares its ZEOD (zero emissions on demand) three-wheel race car for 2014.  The basic configuration, introduced at last year’s race, was doing quite well until a spectacular crash took it out of contention.  Details on how “electric” next year’s car will be await disclosure.

The Garage 56 entry this year was GreenGT, a hydrogen-powered car deemed too early in its development to show its true potential, and withdrawn.  Garage 56 is a slot reserved for new cars with unique technology. 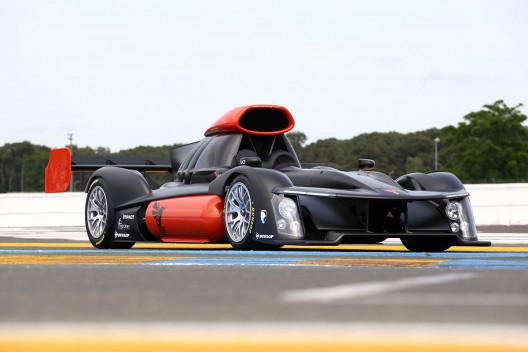 GreenGT H2-fueled racer withdrawn from this year’s race, but a hopeful for next year. Hydrogen drives fuel cell which provides electricity for the twin motors putting out 540 horsepower

Managing director Jean-Francois Weber explained “The GreenGT H2 is already showing great potential and has great scope for improvement.  However, the complexity and cost of this unique model requires the use of extremely rigorous methods and very time-consuming new procedures.

The ongoing technological developments show extraordinary reliability from all vehicles, with only 12 retirements and the tragic fatal crash of Allan Simonson in his Aston-Martin Vanguard GT only 10 minutes into the race.   This was the first fatal crash in the race since 1986.  The CAFE Foundation sends its condolences to his family and team mates, all of whom agreed to continue racing in his honor.

Many of the new technologies being tested in the race and whatever evolves from them will make their way to our family cars, and we hope, the electric and hybrid aircraft we will someday fly.