Applied Materials, located in Sunnyvale, California, designs and makes equipment used in the manufacture of computer chips and other miniature electronic devices.  Your editor worked there on assignment from his engineering firm for six months 15 years ago, documenting and verifying the equipment and control systems for their newest facility.  Even then, miniature was wild understatement, with the company crafting machinery that could produce 0.18 µm lines in silicon chips.  In the last two decades, line widths have shrunk to 0.03 µm, and the number of elements on chips has increased proportionally.  This makes nano manufacturing a highly precise endeavor, and one which seems to defy credulity with lower costs for the ever-increasing number of chips being made. 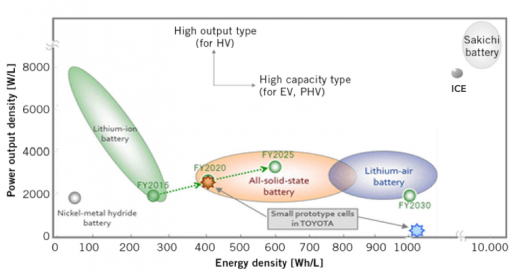 It’s this type of manufacturing expertise which makes possible the electronic life we lead today and one that relies increasingly on energy storage technology.  The very things that make solid state computing possible could produce solid state batteries – an advantageous storage medium – if they can be produced in commercially viable quantities at a reasonable cost.  MIT Technolology Reports quotes an Applied Materials scientist on this challenge.  “’The thing that’s holding [solid-state batteries] back is materials processing and the cost,’ says Andy Chu, head of product marketing for energy storage solutions at Applied Materials. ‘We’re addressing these problems. That will allow you to take this to high volume.’”

Such batteries are available, but at high cost and therefore in limited applications. Applied Materials thinks it can make these batteries much cheaper using its manufacturing expertise.  The company’s confidence is interesting, considering that Sakti3, Ann Marie Sastry’s firm, has been forging ahead on the commercial realization of solid-state cells with “robust processes” and scalable production systems, and that Toyota was reporting on its solid-state battery in 2010 – although they’ve only tested one on a small scooter so far.

Solid-state batteries replace the liquid electrolytes used in normal lithium-ion cells with solid ones, which according to the MIT article, “make it possible to replace conventional electrodes with lithium metal ones that hold far more energy.”  Liquid electrolytes help fuel the flames during thermal runaways in conventional batteries, so their absence in solid-state batteries results in greater safety. 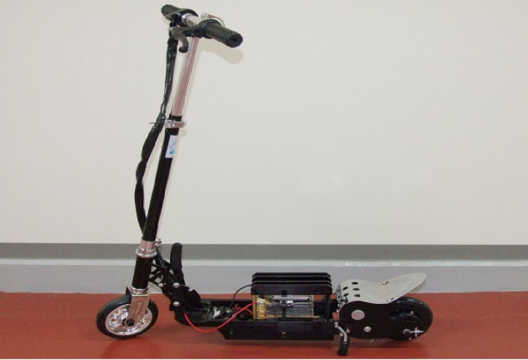 MIT’s article doesn’t specify to whom the tools have been shipped, but notes, “The manufacturing tools shipped so far by Applied Materials, which perform extremely high-precision deposition of materials over large areas, will be used initially for prototyping and demonstrations of solid-state batteries.”

This ability to produce electrode and electrolyte materials “over large areas” is a big challenge.  The process requires depositing layers of contacts, electrodes and solid electrolyte in succession, and without gaps in the electrolyte that would lead to short circuits.  Applied Materials claims to have conquered this challenge, and that un-named customers are now producing batteries with its tools.  The company is also reticent about how much energy these existing batteries can store, how much they cost, or how quickly they can be recharged.  Applied Materials will admit that their solid electrolyte is not yet as conductive as liquid equivalents, and therefore limits power output.  The firm would also like to increase the speed with which their tools can deposit “energy-storing materials” faster, to produce thicker layers that store more energy.

First commercial applications will probably be in wearable items such as watches, or even in the watch bands.  Because the batteries don’t have to fit the cylindrical or pouch-type form factor of more conventional energy storage cells, they could be incorporated in say, wing-shaped areas, or tucked into form-fitting nose cones.

Despite all the caveats and side-steps, MIT suggests that these batteries may be capable of storing twice the energy of existing lithium-ion cells or lasting twice as long in use.  It may not be the promised land of the 10X battery, but it would be a significant advancement for electric vehicles.