According to an article by Simon Fogg on the New Electronics UK web site, “In the early 1900s, electric vehicles were more common than their petrol powered counterparts – and so were steam powered versions, although these allegedly took 45minutes to start.”

What we now think of as “alternative energy” vehicles were killed off when the self starter became a common feature on internal-combustion cars. The danger of breaking an arm while cranking the family automobile was gone, and women, who had been big proponents of the salon-like electrics of the day, turned to gasoline power to run errands. 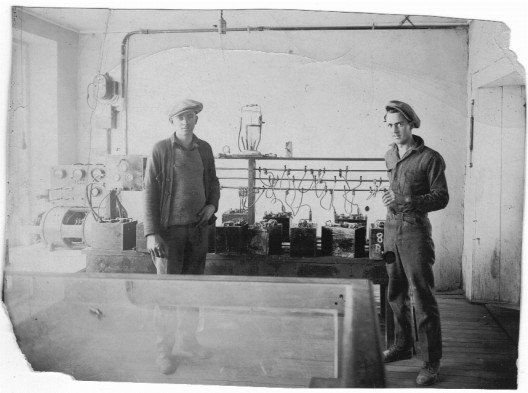 With two billion fossil fuel-powered cars pumping their exhausts into a beleaguered atmosphere, the question becomes not whether there will be enough gasoline in the future, but whether the future can survive a plentiful supply of such fuel.

He explained that the project hoped to achieve energy densities ten times that of current batteries in EVs, making the 500 mile range a real possibility.

Researchers turned to lithium air technology, because, “The lithium ion batteries used in today’s electric vehicles do not have the energy density required to give the 500 mile range that is seen to be important. Batteries in electric cars have an energy density of roughly 15Whr/kg. The Battery 500 project is looking at ten times that – 150 to 200Whr/kg, which would provide the equivalent of a ‘tank of gas.’“

Dr Alessandro Curioni, manager of the computational sciences group at IBM Research in Zurich, says, “It was the only one that could guarantee the energy density that we need to solve the problem; namely, to be able to drive a car for several hundred miles with a single charge.”

Because lithium air batteries are “’air breathing”, they can be up to 87-percent lighter than lithium ion batteries, but face several challenges, according to Curioni.

Fogg’s article explains, “During discharge, or when driving, oxygen molecules from the air react with lithium ions, forming lithium oxide on a lightweight cathode. The electric energy from this reaction powers the car. When charging, the reverse reaction takes place, with the previously borrowed oxygen returned to the atmosphere and the lithium going back to the anode. Essentially, it ‘inhales’ while driving and ‘exhales’ while being charged.”

The very air the battery breaths, though, contains carbon monoxide, nitrous oxide, sulfur dioxide, and water, all things given off by existing transport and industry, and all of which can “poison the device.” Curioni explains that the lithium air battery must include “some sort of membrane at the cathode that allows oxygen to enter,” but blocks the poisons.  “If you look from the lab to the real environment, this additional step of building a membrane that has these properties is a must,” said Dr Curioni. “It’s something we’re not concentrating on now, but it is something that will have to happen in the future.” 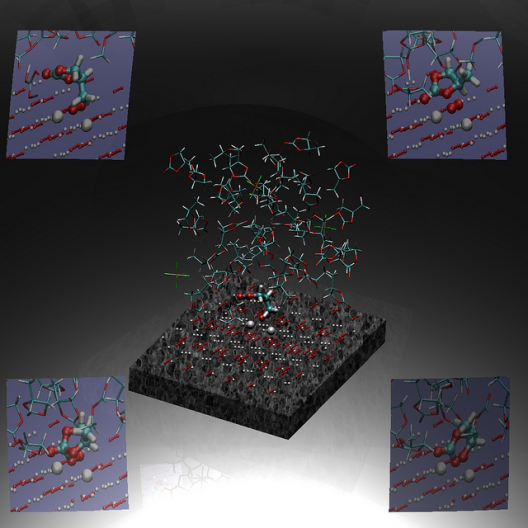 The cathode used a carbonate catalyst, but the lithium peroxide formed by reaction with air degraded and damaged the cathode “irreversibly”, and hindered recharging. Researchers found other solvents that allowed up to 99-percent reversibility.  Curioni noted, “Once you have the right solvent in the battery, you take away the major problems and other minor problems appear. But you understand the basic chemistry behind the battery much better.”

Even better, IBM’s team found that a catalyst is not necessary at all for the chemical reaction. Even with the right solvent, a catalyst only gets in the way of lithium peroxide, the activating factor in the battery.

With energy density high and reversibility seemingly solved, Curioni says, “”The next step is to solve the rate at which we can put energy into the battery and take it out.” He hopes a laboratory prototype with real world characteristics can be ready by 2013, with a prototype large enough to power a car ready by 2015. If progress continues, he thinks commercialization could be a reality in the next decade “or so.”