The first Solar Impulse airplane, HB-SIA, has demonstrated repeatedly that it can stay up all day and all night.  The idea of perpetual flight has enticed designers for years, but the idea of a perpetual pilot has not – until the space age.  Charles Lindbergh had a restless night before his May 20, 1927 takeoff for Europe and spent much of the 33-1/2 hour flight battling his nearly overwhelming need for sleep.  A solar-powered flight will be considerably slower, and thus longer in duration, than Lindbergh’s epic voyage, however.

With planned flights for HB-SIB, the second Solar Impulse craft, anticipated to span continents and oceans, the need for maintaining pilot health and alertness becomes imperative. 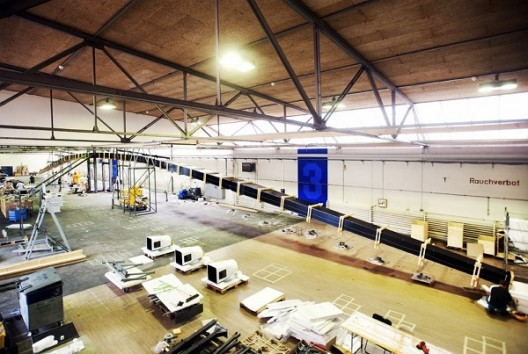 As the team explains, “Over the several years Solar Impulse has proved that is its possible to fly with unlimited endurance. But as we know, Solar Impulse is more than a technical challenge. It is also about pushing human limits to new levels.

“The Transatlantic 72 Hour Simulation is about Pilot sustainability. Bertrand will spend 3 days in a simulator in Dübendorf (Switzerland) and the entire team, along with several key partners — EPFL, Lantal, CHUV, Hirslanden, Altran, Nestle Health Science — will study how Bertrand [Piccard] interacts in the cockpit.” 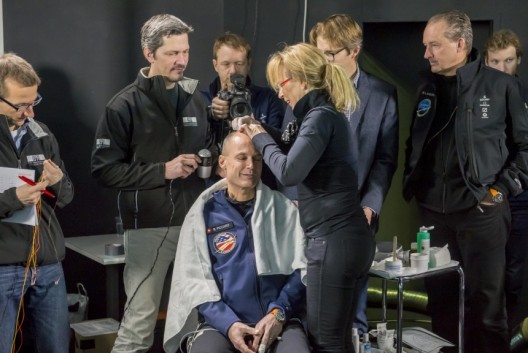 Being prepped for the simulated flight, Piccard is wired for full monitoring of EKG, ECG, and other functions

HB-SIB’s simulated “crossing” from Norfolk, New York to Europe was a free-form type of demonstration of weather prediction and analysis, decision making and various physical and mental means to keep the pilot alert and healthy during the three days.

As with any good simulation, tests will incorporate many factors and allow for the unplanned.  “We need to learn how to manage our own energy and to cope with fatigue, to develop our eating habits and understand bodily functions. 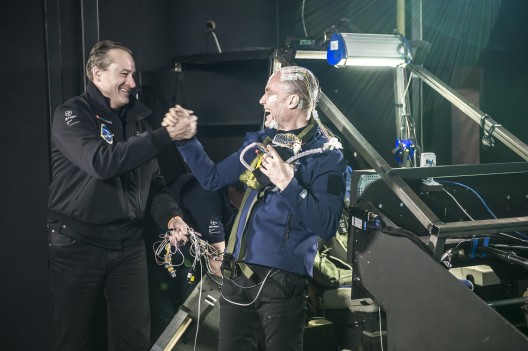 “In order to create a real life situation we have the entire team working on this simulation.  The Mission team who is leading the flight simulation, is joined by the logistics, ground and communication teams and different situations and scenarios surrounding emergency response will be tested.”

Staged in Dubendorf, Switzerland, computer modeling by Altran helped keep it as realistic as possible, and a range of experts checked on, “Fatigue, cockpit ergonomics, nutrition, use of the toilet, exercises to prevent thrombosis, vigilance and the ability to pilot the aircraft in a state of sleep deprivation” seemingly making the experience a clinical trial as well as a test of Piccard’s endurance.

A psychiatrist himself, Piccard explains, “Seeing so many doctors around the Solar Impulse reminded me of my first profession, although this time round I was the patient.”  His skills as a hypnotherapist helped him get needed shuteye during the three days, logging 35 rest periods of perhaps 20 minutes each to get a few hours of sleep per day.  We’ve seen enough tragic examples of the consequences of pilot fatigue lately to recognize the dangers this presents to the mission.  Despite the truncated sleep periods, his landing seemed flawless.

Wired and closely monitored, Piccard “used self-hypnosis techniques to remain alert, manage his fatigue and sleep. Two of his hypnotherapist colleagues monitored the simulation and helped to answer the many questions put by the public on the social networks. Bertrand went into episodes of hypnotic trance to stimulate his activity, fall asleep or wake up faster.”

With completion of HB-SIB scheduled for early 2014, the need to ensure pilots who can match the big plane’s endurance will become paramount.  Nestle’ Health Science provided a “personalized dietary strategy” for the program, and food packaging to suit “temperature and pressure variations in the cockpit,” all of which were tested on the simulated flight.

The aircraft and pilots, according to Solar Impulse, “Should be ready to take off on the successive legs of their solar-powered round the world flight beginning in March 2015.”