Are biofuels truly “green?” Gizmag this morning has an entry on Empa, the Swiss Federal Laboratories for Materials Science and Technology, which has just released a report showing that biofuels may not always be as green as we would like to think. Further, they note that gasoline, including that coming from shale oil sands (as in Keystone XL pipeline oil) may be cleaner than certain crop-derived combustibles. 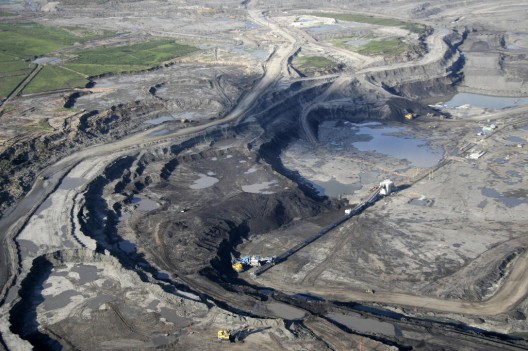 In the context of total "green-ness", is this...

The headlines may stoke controversy, so it’s worthwhile to examine the short-form charts and press release, and compare the impressions gained from a quick glance with those from reading the 113-page study itself.

Empa’s press release headline and lead give the impression that things are grim in the green world.

The headline “Most biofuels are not ‘green’” is followed by “First tops, then flops.  That is one way of summing up the history of biofuels so far.  A new study led by Empa gives an up-to-date picture of the ecobalance of various biofuels and their production processes. Only a few are overall more environmentally friendly than petrol.” 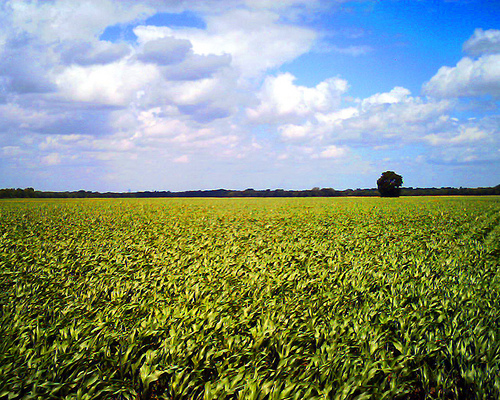 ...As clean as this? Empa comes close to calling it a tie

At least to this reader, these headers give a slanted view of the larger report. “In recent years, the demand for supposedly environmentally friendly biofuels has increased significantly worldwide; on the one hand, this has resulted in the increased cultivation of so-called energy plants and, on the other hand, innovative production methods for the second generation of biofuels have been developed.” The terms “supposedly environmentally friendly” and “so-called energy plants” would seem to throw doubt on the objectivity of the report – unless one has read it.

The study cites the eutrophication, or the over-feeding of nutrients such as nitrates and phosphates, into waterways and land as an offshoot of growing many crops used in biofuel production. This seems problematical, since it might be difficult to separate out the use of such fertilizers in just that application as opposed to their overall use in modern factory farming and areas surrounding biofuel cultivation.

As the report shows, the Intergovernmental Panel on Climate Change (IPCC) has modified its 2001 models regarding the changes wrought by heavy fertilizer use, and Empa’s findings reflect these changes. Empa notes that land use changes (LUC) brought about by converting one type of acreage to new applications accounts for a large percentage of air and water pollution that come with the new uses.

Chapter three analyzes the contribution to greenhouse gases, carbon sequestration in ground and water, and other pollution factors involved in burning the various biofuels. One surprise is that oil from Canadian surface extraction (dilbit or diluted bitumen), when refined, is roughly identical in pollutants with fuel refined from normal crude oil. The complex process of refining the dilbit may offset that equality, however.

As with previous Empa evaluations of energy use and costs, researchers looked at a life cycle analysis that includes cultivation, processing, transport and operation. Each of these stages in obtaining and using a combustible can make or break the economy of using that particular fuel.  Empa has done other life cycle analyses, including those for advanced batteries.

The paper’s conclusion urges caution in adopting biofuels, with variations in a multiplicity of factors determining whether the biofuel will actually bring about lower emissions.

“Biofuels can allow the reduction of fossil fuel use and of greenhouse gas emissions but with the risk of shifting impacts and creating new environmental problems; indeed, only very few biofuel pathways show lower or at least no higher impacts than the fossil fuels for all indicators. The most promising pathways are those based on methanisation of residues or on reforestation activities.

“The study confirms the high diversity in the impact patterns of biofuel pathways and therefore the necessity of assessing biofuel projects with specific data. The uncertainty of the results is high due to lack of data and modelling uncertainties. There is for example a need for more specific modelling of agricultural N2O. This uncertainty should lead to general caution when promoting biofuels.”
Empa’s press release condenses the study to these three cautions.

“Although the devil is in the detail, the new studies make it possible to make some general recommendations:

“• Clearing woodland and bush areas in order to develop energy plants is to be avoided; this worsens the greenhouse gas balance considerably, which has a distinctly greater impact on the environment.

“• If agricultural land is used for biofuel production, indirect change of land use should be avoided as far as possible, for example, by making it compulsory to provide evidence that any displaced production does not have indirect effects as a result of intensification.

“• The use of land and forestry residues such as straw, garden and timber waste for energy purposes is advantageous, but only if these are not used in other ways or if their extraction from their natural cycle does not reduce the fertility of the soil and the bio-diversity.”