A123 Systems has worked with buffering chemistries to reduce the volatility of lithium batteries for the last decade.  Solid Power Inc. has taken a set of interesting new technologies to make batteries more energy dense and safer.   The two companies are combining efforts to make a more powerful, less-volatile battery, according to recent press releases.

A123 produces nanophosphate (lithium iron phosphate – LiFePO4) and ultraphosphate batteries.  Their nanophosphate batteries are used in Porsche’s 919 hybrid, a LeMans Prototype (LMP1) endurance racer that was outright winner of the event this year.  They also power Eva Hakansson’s Killajoule and Bill Dube’s Killacycle – both record-holding electric motorcycles.  Their Ultraphosphate line is designed to work at low voltages and low temperatures, including 48-Volt mild hybrid applications. 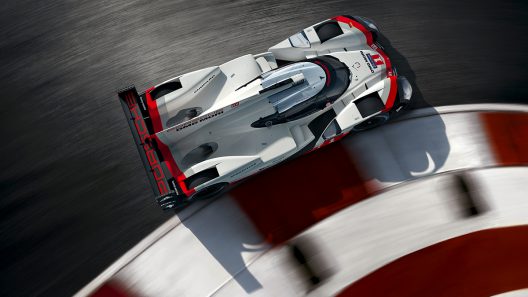 Solid Power, a startup based on research done at University of Colorado Boulder, combines (“an exceptionally”) high-capacity cathode with a high-capacity lithium metal anode and a high ionic capacity solid separator.  This combination produces, according to Solid Power, “provide substantially higher energy than conventional lithium ion (2-3X greater).”  Their inherently safer inorganic materials, with no flammable or volatile components, allow lower costs for modules, since they eliminate the need for complex battery management systems necessary with lithium-ion systems. 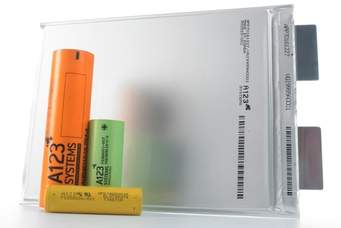 A123 delivers nanophosphate batteries in a variety of formats

Solid Power’s CEO Doug Campbell said, “We are committed to advancing the solid-state battery industry and pushing the limits on development as a way to improve battery-powered devices such as electric vehicles, portable electronics, and other applications. The investment from A123 will help us continue to make significant strides toward large-scale commercialization.”

This venture complements A123’s recent investment in Wildcat Discovery Technologies and its technical collaboration with Argonne National Labs, announced last year.  Although Campbell says Solid Power’s work is currently “pre-product,” he looks forward to having a viable commercial introduction in the next two years.

Jeff Kessen, A123’s Vice President of Corporate Strategy, promotes the early bird theory of venture capitalism.  “We acted early as a series A investor to support a promising solid-state technology and look forward to the commercialization of Solid Power’s innovations as they continue to mature.”

With the oft-promised output of the 2-3X battery and enhanced safety from the solid-state nature of the new batteries, we can only wish A123 and Solid Power “more power to you.”