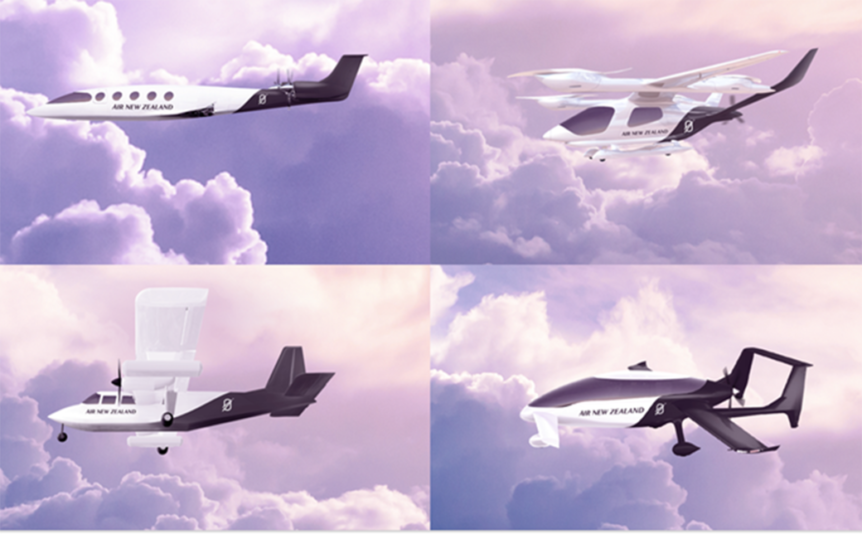 Air New Zealand has a five-part plan for reducing and even eliminating aviation emissions with some well-defined approaches and goals.  The airline hopes to achieve net zero by 2050, with demonstrable steps toward that starting now.

Sustainable aviation fuel (SAF), explains Air New Zealand, “Is made from a variety of sustainable resources other than crude oil, such as used cooking oils, landfill waste, forestry waste, carbon captured from the air and green hydrogen. It has the potential to dramatically reduce lifecycle carbon emissions by up to 80 percent or more compared with traditional jet fuel.”

Since New Zealand does not produce any SAF at this time, ANZ has announced partnering with the government to, “Scope the feasibility of domestic SAF production.”   In the meantime, ANZ has imported the first lot of SAF, with the goal of having one percent of its flights using SAF by the end of 2023.

First flights of these passenger or cargo craft with ANZ will take place in 2026, with Eviation, Beta, VoltAero and Cranfield Aerospace providing a wide technology range including electric, green hydrogen and hybrid power.  ANZ will evaluate each design, sign a letter of intent to order, and purchase three aircraft initially.  If things work out, ANZ will order more aircraft from any of the partners. 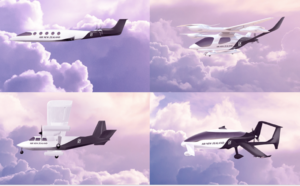 “The learnings we will take from flying an aircraft with next generation propulsion technology from 2026 will then pave the way for our long-term partners to deliver an aircraft that can replace our Q300 turboprop domestic fleet.”  Such developments will include work on a hydrogen infrastructure, a project worked on with Airbus.

The airline’s Product Requirement Document defines standards and performance expected from these next generation aircraft.

ANZ plans on “Continuing to modernize and simplify our current fleet to achieve greater fuel efficiencies” as a means toward achieving net zero operation by 2050.  Already graced with a young fleet (average age of 6.7 years) Air New Zealand has retired its 777-200ER fleet, will retire all its 777-300ERs by 2027, and has added new Airbus A321neo’s to the fleet this year.  New Boeing 787s with next generation General Electric Engines will replace the 777s.  The newer, more fuel efficient models will drop the ANZ fleet’s average age even further.

The airline will, “Further reduce our carbon emissions by implementing projects both on the ground and in the air to streamline our operations and make them more efficient.”

Auxiliary Power Units (APUs), for instance, burn fuel while keeping electrical systems air-conditioning going after the airliner pulls into the gate.  This puts out more CO2 per gallon of fuel burned than the larger jet engines.  ANZ reduces this by plugging the aircraft into ground-based electrical supplies and turning off the APU.

The airline will, “reduce gross emissions as much as technology will allow, before utilizing offsetting as a last resort.”  That last resort includes offsetting carbon emissions associated with work-related within the Air New Zealand network.  ANZ offers customers a chance to offset carbon emissions generated by their flying on the airline through their FlyNeutral carbon offset program.

Many firms attempt to sweep their dirty emissions under the greenwashed carpet, obfuscating their actual contribution to the climate crisis.  ANZ seems to take a measured approach to this challenge, acknowledging their deficits and taking well-considered steps to attain their goals.  The next 28 years should be exciting and increasingly green.