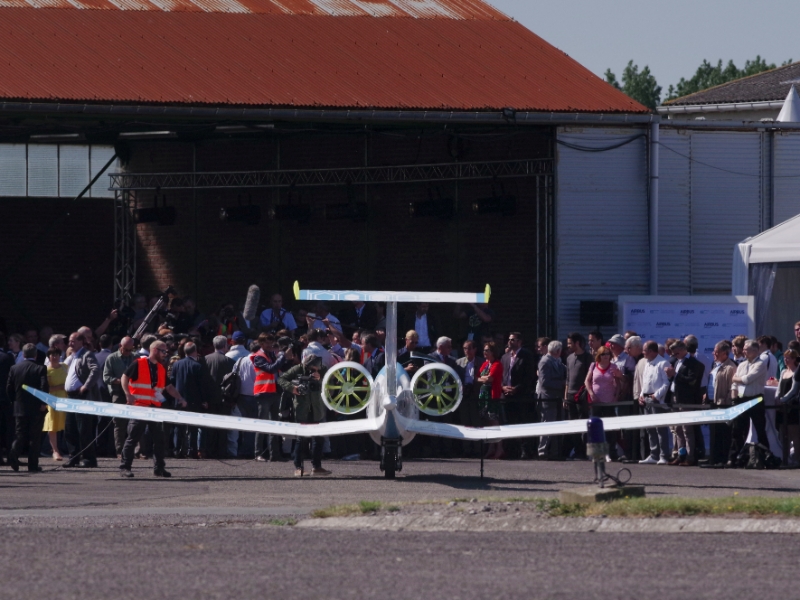 Much like waiting for the single-person ram-jet helicopter to show up in your garage, you’ll be left hanging for a two- or four-seat Airbus e-Fan to grace your hangar.  Although not sharing the news in its “Innovation” or press release sections on its web site, Airbus has announced that it’s dropping plans to produce an E-Fan family of personal aircraft.  It will move instead into developing a larger, more powerful aircraft, the E-Fan X, that could fly within three years.

Airbus started with a four-motor rendition of the Cri-Cri, four MGM Compro units twirling contra-rotating propellers and producing 60 horsepower.  Their “Innovation” program followed that with the tw0-seat E-Fan, and announced plans to build these in series at their cleverly named Voltair plant in southwest France.  Airbus further suggested series production would begin on a four-seat E-Fan 4.0 touring aircraft.  They showed a hybrid version of the E-Fan 2.0 trainer at Oshkosh in 2016.  But they are moving on toward bigger and ostensibly better things. 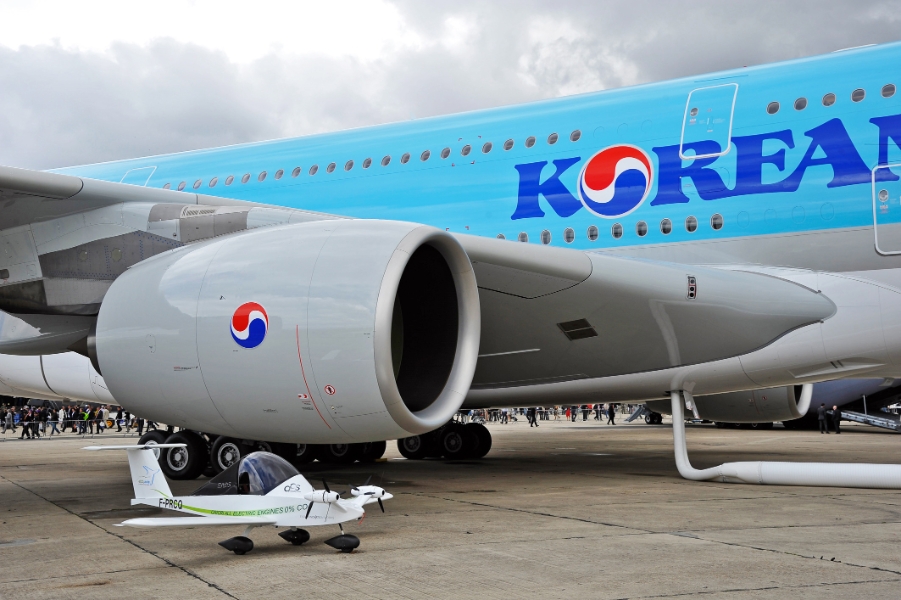 Two Airbus Airplanes – a four-motor Cri-Cri in front of an A380. Cri-Cri was earliest Airbus electric experimental machine

Flyer, a UK-based publication, explains, “Airbus has abandoned its plan to produce the electric E-Fan two-seater as a ready-for-sale training aircraft. The French company says the pace of development in the electric aircraft field has moved its ambitions onwards.

“’We recognize that the progression is fast in electric and hybrid electric propulsion,’ said Stefan Schaffrath, media spokesman for Airbus. ‘This plane has done its job. Today, a large part of the technologies developed for E-Fan is in new projects.’”  Below, we see a video of what might have been.

The petite Cri-Cri had four 15-hp. motors, and the E-Fan 2.0 had two 30 kilowatt (40.2 hp.) units.  Since their initial flights, though, things have progressed quickly.  Airbus and Siemens have flown an Extra 300 with a 260 kilowatt (348 hp) motor, a combination that recently achieved a time-to-climb record.

Aviation Week reports Schaffrath as saying, “That is a 10-times increase in our ability to deliver power in flight.  Three years ago we kicked off the E-fan. Today we are evaluating if we could fly an E-Fan X in the next three years that would be 2 megawatts—another order of magnitude change.’”

Even while extolling the accomplishments of the projected E-Fan personal aircraft, Airbus was looking toward bigger projects.  They signed a collaborative agreement with Siemens in April 2016 “to demonstrate the feasibility of hybrid-electric propulsion by 2020, as a precursor to developing a commercial aircraft with fewer than 100 seats that could enter service by 2030.”  The two megawatt demonstrator would be a sample of what the companies hope to achieve with a single-aisle hybrid craft with 20 to 40 megawatts of power.

With the A3 (A Cubed) group in Silicon Valley promoting vertical takeoff and landing (VTOL) sky taxis such as the single-seat Vahana and the four-seat CityAirbus for near-future aerial commuting, the company may be re-focusing its outlook on personal aviation.  Things will go from personal flying to personally getting flown to nearby destinations. 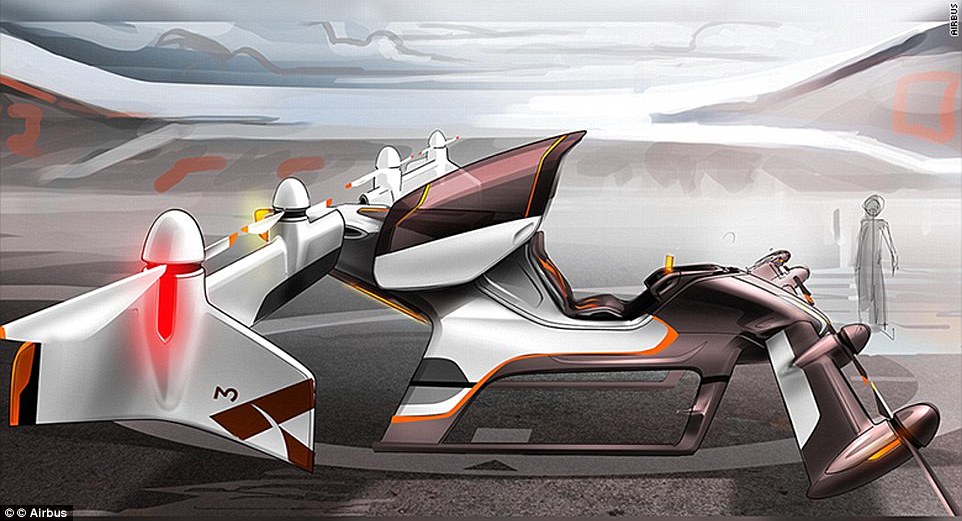 Artist’s concept of A3 Vahana awaiting its passenger. A3 claims a 2017 flight date and regular service by 2020

Schaffrath adds, “If we are reconsidering E-Fan now it is because we are shooting—as a leading aircraft manufacturer—for something more ambitious and timely, and the current E-Fan project would not have been able to scale up to this ambition.”

This is sad news for aspiring e-pilots.  Such adherents of personal aviation may have to look for a wing of the Experimental Aircraft Association to advance their aims.  In the meantime, Airbus sees a future more closely aligned to their already thriving airliner business.  With potential competitors like Wright Electric and Aurora Flight Sciences making inroads on early development of electric airliners, it will need to move quickly.