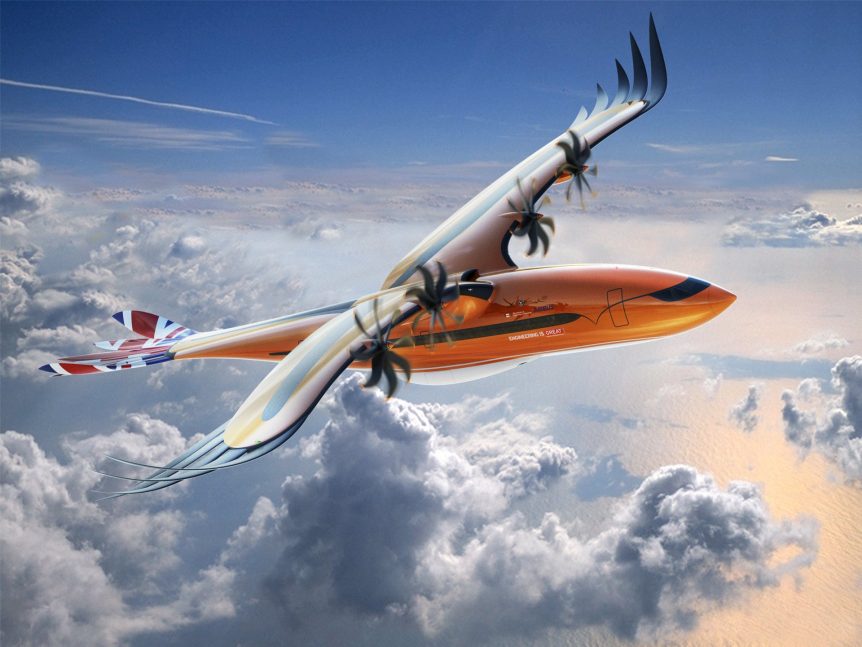 This Will Probably Never Be Built

Airbus displayed a large model of its “Bird of Prey” concept at this week’s Royal International Air Tatoo air show at Royal Air Force Fairford.  The model is meant to inspire expanded investigation of the benefits possible with biomimicry, the intelligent plagiarism of nature’s best ideas. 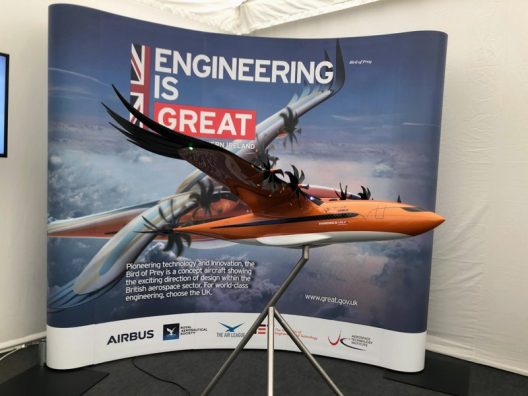 An Airbus concept aircraft with a wing design inspired by nature, dubbed Bird of Prey, is displayed at the Royal International Air Tattoo at RAF Fairford, near Fairford, Britain July 19, 2019. REUTERS/Tim Hepher

Airbus extols this idea in its press release: “Airbus has unveiled a bird-like conceptual airliner design with the goal of motivating the next generation of aeronautical engineers, underscoring how they can make a difference by applying technologies researched at the company in hybrid-electric propulsion, active control systems and advanced composite structures.”

The ‘#BirdOfPrey’ is taking wing! This sleek new concept takes inspiration from eagles to create a hybrid-electric design with individually controlled feathered wings. We’re always looking for pioneering new ideas – what would your aircraft be inspired by? https://t.co/HOfecb8X06 pic.twitter.com/0zXOr5znJv

Powered by a hybrid-electric set of four multi-blade propellers, the Bird of Prey, inspired by the “efficient mechanics of a bird,” features a bird-like tail structure and individually-controlled “feathers” on the tail and wing tips that provide active flight control.

Martin Aston, Senior Manager at Airbus, adds, “One of the priorities for the entire industry is how to make aviation more sustainable – making flying cleaner, greener and quieter than ever before. We know from our work on the A350 XWB passenger jet that through biomimicry, nature has some of the best lessons we can learn about design.”

The conceptual design initiative is backed by the GREAT Britain campaign (to lure investment in British enterprise), the Royal Aeronautical Society, the Air League, the Institution of Engineering and the Technology and Aerospace Technology Institute.

Lee-Ann Ramcherita, Airbus’ technowatch and innovation manager in flight physics  explains, “We want to see how we can learn from the things around us to potentially resolve the issues we face. Understanding how insects, birds or bats detect and respond to fluctuations in the surrounding air flow may potentially help us identify opportunities to apply on our aircraft.”

Anyone who’s watched transfixed by the graceful motions of an eagle or red-tail hawk can relate to the desire to emulate the ease with which birds traverse the skies.  Such motions inspired Leonardo and the Wright Brothers, after all.