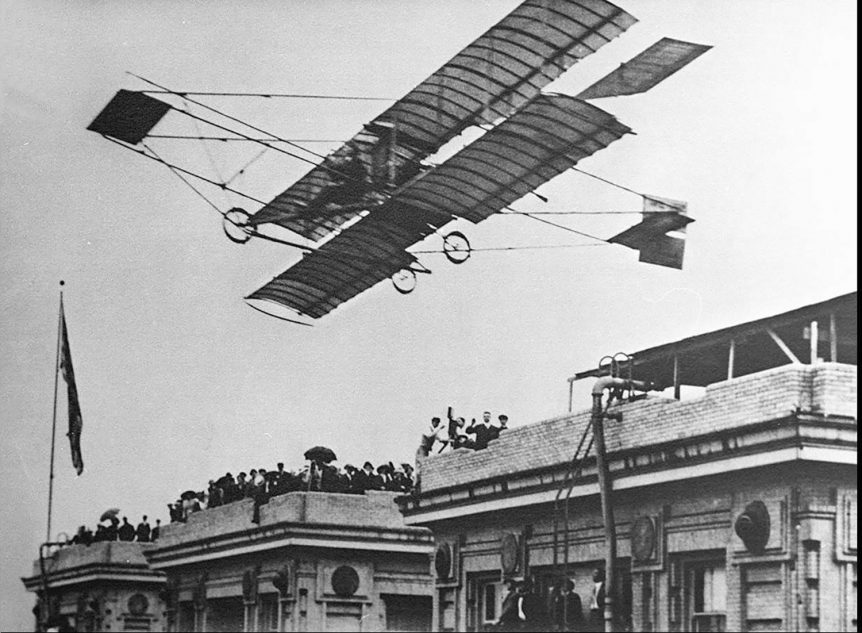 “1 pilot, 500 pounds of cargo,” reads Airflow’s headline for its electric STOL (Short Take Off and Landing) aircraft.  Reaching  for the “middle-mile” cargo delivery market, Airflow’s new design promises to be four times faster than trucks, operate at one-third the cost of helicopters or eVTOL (electric Vertical Take Off and Landing) vehicles, and require only 150 feet for takeoffs and landings.

Airflow’s management and engineering team come from previous experience in the eVTOL world, most recently with Airbus’ Vahana program.  Headed by Marc Ausman, The team has “over 60 years of aerospace experience,” with companies including Eclipse Aviation, Northrop Grumman, Uber Elevate, Airware, and Scaled Composites.

The team determined their design can carry a pilot and a 500-pound payload using less power than comparable eVTOLs because multirotors carry the full weight of the aircraft at all times, or for some designs, until they are able to transition to full forward flight.  This helped form the decision to create an 11-motor, distributed electric power machine.

Airflow’s white paper on the design explains a good deal of the design philosophy behind the craft, and gives an insight into the infrastructure that the craft will support.  That will look a great deal like the current large air cargo aircraft bringing large shipments to a distribution center, where they are broken down into small loads usually transported by trucks to a local distribution center.  From that location, individual packages are delivered the “final mile” to the customer.

The as-yet-unnamed aircraft will carry a single pilot and 500 pounds or 90 cubic feet of low-density cargo up to 250 miles.  For comparison, a Chevrolet Tahoe has 94.7 cubic feet of cargo space up to the first-row seats.  Airflow’s ten wing-mounted motors and single pusher motor will enable takeoffs in 150 feet, in the same performance parameter as a well-piloted Super Cub.

Its use of Distributed Electric Propulsion (DEP) will confer the same benefits David Ullman and others hope for their designs.  Differential control for the motors should enable better yaw control and enhance safety during the slow-speed departures and descents necessary for short takeoffs and landings.  The thrust along the span will augment lift and enhance performance of flaps or other lift optimization devices.

Allowable approach and departure constraints for eVTOL and eSTOL craft

Airflow says its craft will be Part 23 certifiable, an important distinction since the path to certification for Uber-style multi-rotor craft is not so predictable at this time.  Software will play an important part in the new design, with an ability to fly in poor weather and a “virtual tailhook” program that enables “safe, repeatable landings on very short runways. It reduces pilot workload and increases safety.”  This feature would have been a great help to your editor when he was learning to fly an Aeronca Champion at age 19, and often used much of the runway hopping, skipping and jumping until momentum ran out.

The 150-foot takeoff and landing capability will even allow rooftop operations, and Airflow’s white paper shows combined usage rooftop airports for both STOL and VTOL operations.  One illustration included dozens and even hundreds of plausible site in major American cities.

The company claims one-third the operating cost of helicopters or eVTOL machines, based on their analysis of “main cost drivers.”  These include depreciation (52-percent of total operating costs over 10 years), battery replacement costs (25-percent of the total), insurance (12-percent), and $50 per hour for a pilot (a cost that might be eliminated with greater automation).

Airflow has two good bits of news regarding operational costs: “negligible maintenance and electricity costs and the fact that Airflow’s craft and eVTOLs “have a path to significant future cost reductions.”  This path includes, according to Airflow:

Airflow says, “Because of their relative simplicity and gentler use of batteries, STOL aircraft have a significantly lower operating cost than VTOL.”  This will allow the cost of bringing an eSTOL to market for “about $200M,” compared to the $700M required to bring a VTOL forward.

“Airflow’s mission,” according to the firm, “is to expand the benefits of aviation and bring new capabilities to the industry.”  We wish them luck in a highly crowded and competitive market.

NOTE: The featured image shows Silas Christofferson launching his Curtiss aircraft from the roof of the Multnomah Hotel in Portland, Oregon.  The flight, in 1912, heralds the idea of rooftop airports.  The restored hotel is still there, and a replica of the Curtiss D was used to recreate the flight in 1992.  The replica’s pilot, Tom Murphy, operates the Western Antique Aeroplane and Automobile Museum (WAAAM) in Hood River, Oregon, where the Curtiss hangs over the gift shop.