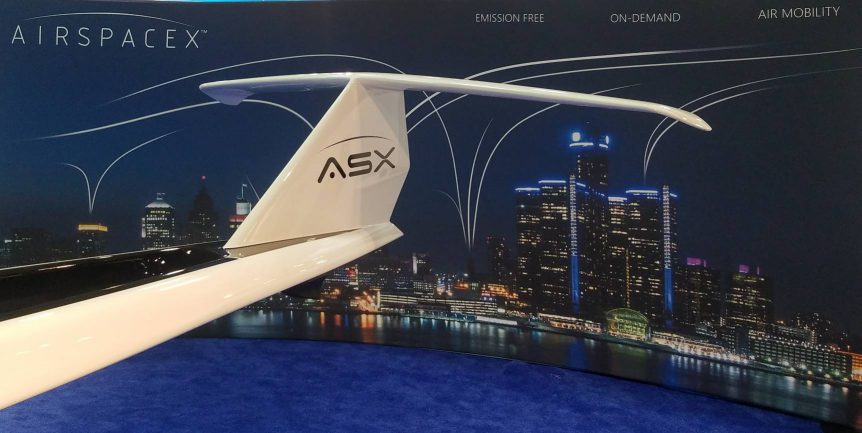 Airspace Experience Technologies, LLC (AirSpaceX) is a subsidiary of Detroit Aircraft Corporation (DAC), and as far as this editor knows, not related to Elon Musk’s SpaceX.  A little closer to earth, the planned low-altitude perambulations of its two creations reflect the growing interest in “sky taxis.”

A Holding Company Brought Down by the Great Depression

Jon Rimanelli, founder and CEO, sees Detroit Aircraft Corporation as an attempt to return the Motor City to its former glory days as a leader in aircraft development.  He notes that for a few brief years, DAC held controlling interests in the Ryan and Lockheed Aircraft companies, and created the only metal-clad airship in aeronautical history, The ZMC-2.  He explains, “Back in the ’20s, Detroit was the center of the universe for aviation. Detroit Aircraft Corporation was the largest aircraft holding company in the world. They owned the biggest brands,”  Its technology may have been underappreciated in its time, but the modern DAC is promoting a confluence of automotive technologies that could get Detroit flying again. 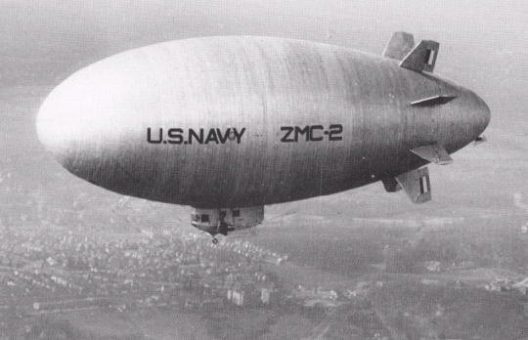 According to Wikipedia, “In its lifetime the ZMC-2 logged 752 flights and 2,265 hours of flight time.”

Rimanelli revealed a vision not unlike that of Airbus and its A3 subsidiary, or of Aurora Flight Sciences (recently acquired by Boeing), Volocopter, or eHang.  Appropriately, he made his TedX presentation during the Detroit International Auto Show, and advocated the benefits of his sky taxis while explaining that all the science-fiction trappings could be accomplished with existing technology pulled from today’s crop of automobiles.

AirSpaceX shows two different approaches to VTOL sky taxis on its website.  MOBi 2025, revealed last year at Uber’s Elevate Summit, was originally shown as having four rotors and a four-seat passenger pod.  Displaying greater flexibility on the current website, the machine can have up to six rotors on its pivoting wing and offers a choice of pods for different missions.  The four shown along with the passenger module include Intelligence/Surveillance/Reconnaissance (ISR), research, medical evacuation (Med-Evac), and cargo modules.

Each mission module can be carted around on the ground on a four-wheel self-propelled unit, brought to a landing zone, and attached to a flight module.  AirSpaceX claims the ability to fly an optimum payload of four passengers and 100 kilograms (220 pounds) of cargo at a cruise speed of 150 mph for up to 62 miles.  Control can be fully autonomous or “pilot assisted.”  Is the plane assisting the pilot or the pilot assisting the plane?  As artificial intelligence becomes a bigger factor in our futures, such distinctions may become increasingly blurred? 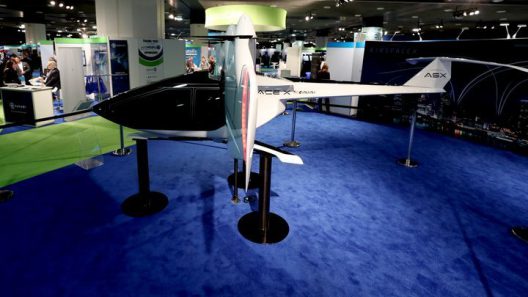 MOBi One at the Detroit International Auto Show

MOBi One, unveiled at this year’s North American International Automobile Show in (fittingly) Detroit, has eight rotors – six on the wings and two – one each above and below a slot in the long fuselage.  The fuselage is sleeker than the pods under MOBi 2025, and the great power might account for the faster top speed of 250 mph.   It can handle two-to-four passengers and up to 200 kilograms (440 pounds) of cargo.  Operation can be either electrical VTOL, or conventional short takeoff and landing (e-STOL). 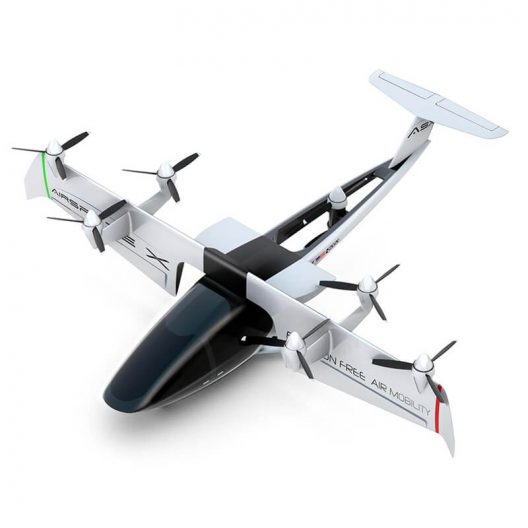 Detroit Aircraft Corp. has grand ambitions and a talented group backing Rimanelli.  Their craft are similar to others charged with the same mission, and that is to be expected.  The high-winged configuration would certainly allow great flexibility in handling a number of different payload modules and that utility may lead to its widespread use.  The company has expansive ideas about that.  “Our goal is to deploy 2,500 aircraft at the nation’s 50 largest cities by 2026, targeting existing infrastructure at first,” says JP Yorro, Chief Commercial Officer at AirSpaceX.  “The MOBi development program will be capital intensive, but air Mobility as a Service could generate billions for the economy. We are considering a broad array of financing options, including potential fractional ownership interest and profit sharing models.”