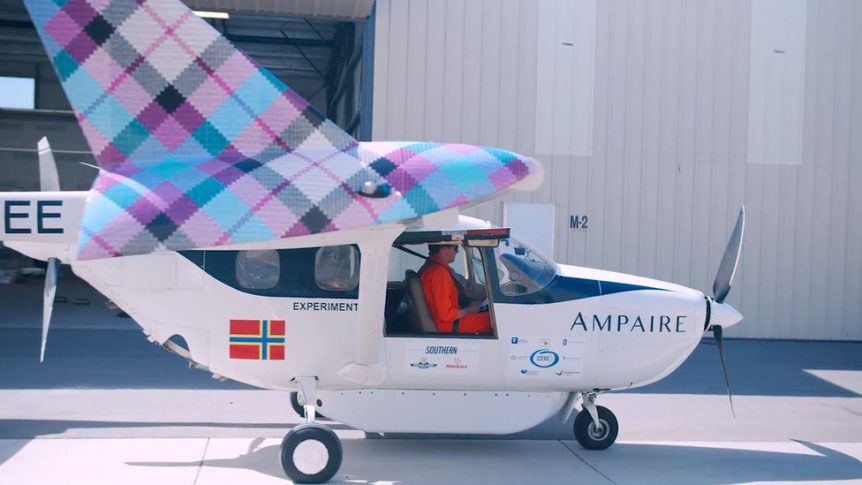 Having completed a series of successful island-hopping flights in Hawaii, and in Scotland, Ampaire is now in Exeter, England taking part in a government-backed program, “Aimed at moving the UK towards green aviation.”  Test Pilot Eliot Seguin has moved from his Mojave, California base to take part in the endeavor, joined by fellow test pilot Justin Gillen. 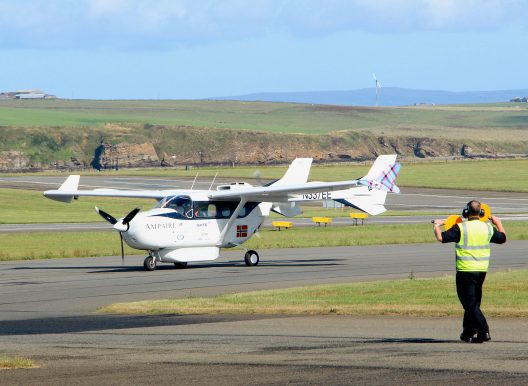 He shared a realistic appraisal of the new technology.  “Nobody is pretending we will be flying over the Atlantic any time soon but for short hops between two regional airports this is absolutely ideal.”

Susan Ying,  Senior Vice President of Global Partnerships and recently seen on the PBS program “The Great Electric Airplane Race,” said the hope is flights will soon be able to operate from regional airports across the UK.

“If you can scale this up for more seats in the future, it will mean that you can serve these regional airports for shorter journeys really well.”

“It will let people fly point to point really so efficiently so it will be operating at a competitive price range.” 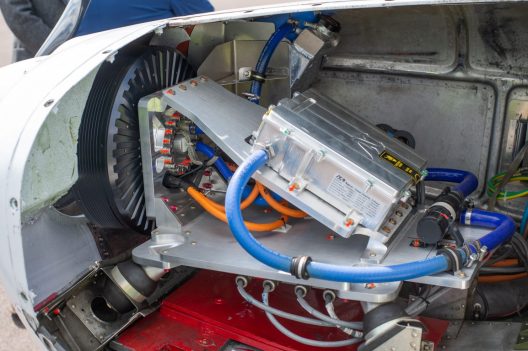 Photo by Theo Moye 24/08/21 Ampaire, a leader in electric aviation, together with its key partners in the Government-backed Towards Zero Emissions in Regional Aircraft Operations (2ZERO) consortium demonstrate their modified hybrid electric six-seat Cessna 337 Skymaster at Exeter Airport.

“The airport already benefits from using solar energy and this is the next logical step towards greener flight in the UK.”  Cornwall is site to a great many wind farms and solar projects.

The flight demonstrations are being conducted under projects funded by the UK government’s Future Flight Challenge. 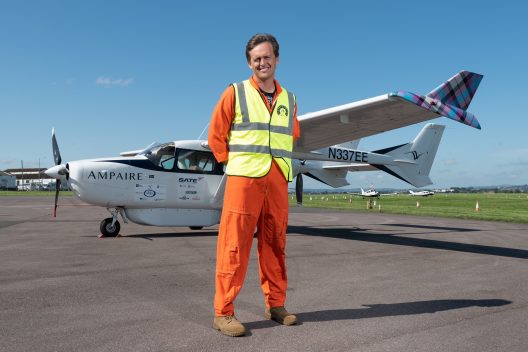 Ampaire test pilot Elliot Sequin added, “The EEL flies very much like a conventional aircraft, with some new instrumentation for power management. said  We have flown it nonstop from Los Angeles to San Francisco and now the length of the UK without any difficulty. It is the forerunner of a new generation of efficient aircraft that will be easy to fly for pilots and cost effective for airlines.”

Ampaire Ltd heads a UK-based consortium created to explore paths toward zero-emission transportation.  2ZERO (Towards Zero Emissions in Regional Aircraft Operations) involves the operation of hybrid electric aircraft on regional routes in South West UK, together with a study of the ecosystem required to enable the future of electric aircraft within existing airport and airline operations.

If successful, it is hoped the project – which has received £30million worth of funding – will help to reduce emissions.

Lord Callanan concluded that, “The trials were “part of a range of technologies that we think will make a contribution to ‘Jet Zero’, which is sustainable aviation in the UK by 2040.”

“Aviation is something like 2-percent of worldwide emissions. So it’s something we do have to decarbonize alongside industry, alongside heating, alongside vehicles as well.”

Cory Combs, one of the founders of Ampaire, surprises by explaining his hatred of flying, but his hopes for electric aviation.

Your editor’s father served at Newquay during WWII as a crew chief on B-17s and C-47s. It’s a lovely site for a flight test area.